Amazing Sheepadoodle appears to talk to her owner using a soundboard 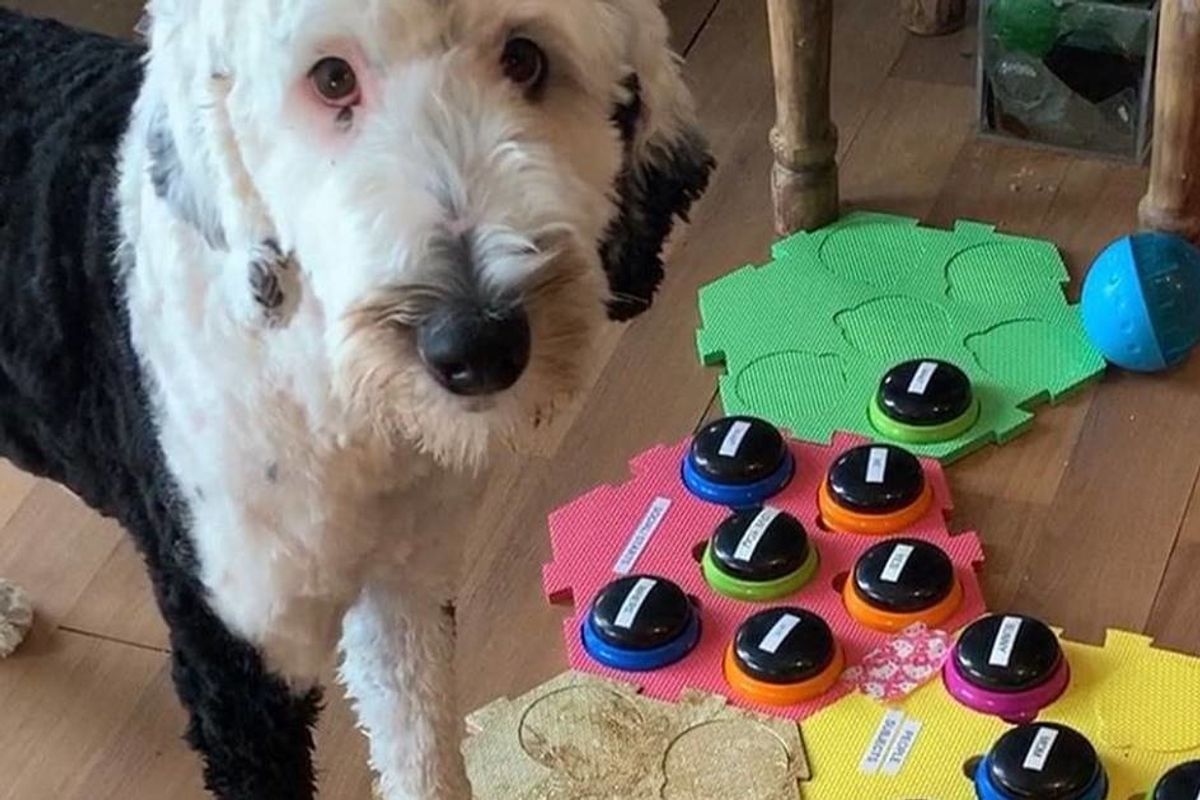 Bunny, a Sheepadoodle in Tacoma, Washington, has become a star on TikTok for appearing to communicate with her owner, Alexis Devine, through a soundboard.

In the video below, Bunny appears to ask for take a trip to the park and understands when her owner says it's time to stay home. Bunny responds by telling Devine, "Love you, mom."

In another video, Bunny says she has a question and then presses, "Ouch." After the interaction, Devine took Bunny to the vet and discovered she had infection in her nose.

Devine says that she is hopeful, but rightfully skeptical, about her experiment.

"I am not a scientist but I recognize that large amounts of data need to be collected before we can make a judgment as to whether or not Bunny actually understands what she's saying," she said. "I'm also aware that I inevitably skew the data in favor of saying that Bunny is consciously communicating with me."

However, Devine's attempts to teach Bunny how to speak have their basis in actual research. Last year, Upworthy profiled a speech-language pathologist in San Diego, California who has taught her dog to communicate in five-word sentences using a similar soundboard.

Why is Stella mad? www.youtube.com

From Your Site Articles
Related Articles Around the Web
dogs
popular