A study just found weird evidence that a stressful childhood affects you forever. 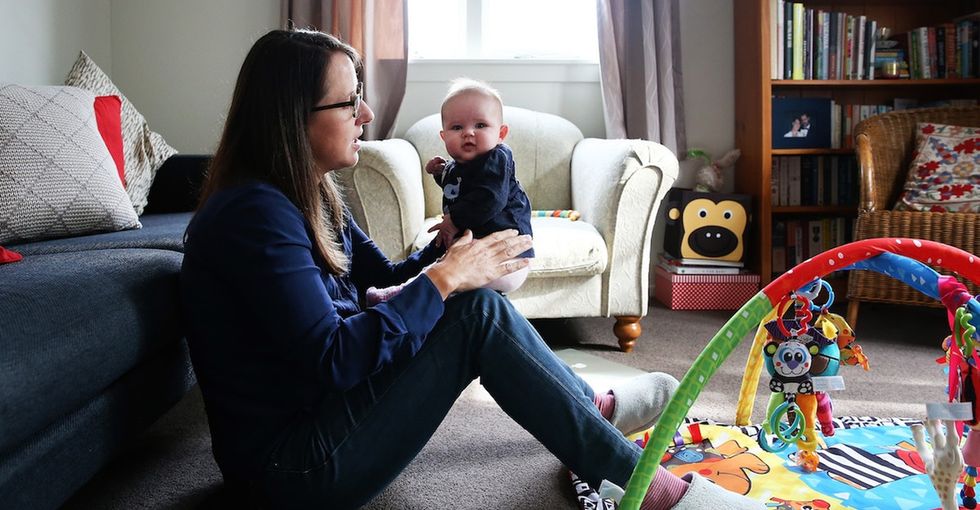 We know your relationship with your parents can affect a lot about who you are as you grow up. But is it possible that the good and bad of that relationship could actually show up in your saliva?

That's the bizarre-but-important question a team of researchers recently asked, the results of which were published in Developmental Science.

Led by Elizabeth Shirtcliff, an associate professor from Iowa State University who studies early childhood adversity, the study gathered 300 8th-grade kids and used a simple survey to determine some basic facts about their parents. The kids were asked things like whether they were close with their parents and how often positive reinforcement was used in their household.

The team was looking for signs of what they called "positive parenting, attachment, and bonding."

Six years later, the kids — now adults — were brought back in for a strange follow-up. The researchers collected a dozen different samples of their saliva.

It sounds a little gross, but they were looking for something important: the presence of a hormone called cortisol. Cortisol is crucial to our overall well-being. Lower levels of cortisol are correlated with fatigue, mood swings, and muscle loss, for example. Higher levels of cortisol correlate with healthy blood pressure levels and better immune system function (though extremely high levels are a health risk).

For this study, cortisol was particularly important because it plays a big role in how we process and react to stress. When we're faced with extreme stress or danger, cortisol floods our bodies, resulting in the "fight or flight," response.

The study's authors observed that people who are generally more stressed over longer periods of time, however, often show lower cortisol levels — almost like they get accustomed to all that stress over time and have a lesser reaction to it. While this might sound like a good thing, as far as your health goes, it's definitely not.

The results of the study were clear: The more signs the kids showed of a positive bond with their parents when they were young, the better their cortisol functioned in adulthood.

The more signs of positive parenting, attachment, and bonding that were present in childhood, the better the cortisol functioning turns out to be in adulthood. Image from "Visual Abstract 12.19" by Ben Shirtcliff/YouTube.

That's a good thing, the researchers suggest, because it helps keep kids alert and sensitive to all of the stimuli and information swirling around them from day to day, rather than having a blunted response to stressors and life in general.

So having great parents who use positive parenting methods is a good thing. Yay!

But the study had an important twist when it came to looking at racial demographics.

When race differences were accounted for — about half the kids were black and half were white — the cortisol correlation didn't hold up.

On average, the study found, white and black parents were equally likely to have a positive bond with their kids. But parenting styles aren't the only thing that can affect stress levels and kids' response to it.

Many of the white students in the study may have benefited from "low stress, resource-rich contexts which unfortunately may be less common for black youth," the researchers explained.

It's also worth noting that many groups — including black people of people Jewish descent — carry biological markers of trauma from previous generations (i.e., slavery, the Holocaust), which can also affect cortisol response.

In other words, growing up with various socioeconomic and other hardships does indeed have a lifelong impact, and now we've got the beakers full of saliva (so to speak) to prove it.

This is important work. It proves that, in many cases, being a great parent can actually physically manifest itself in kids growing up to be well-adjusted and adaptable.

Being a loving parent can actually have a biological impact on your kids years and years later. That's amazing!

Perhaps most importantly, however, it shows a glaring need for kids — particularly those belonging to marginalized or disadvantaged groups — to get better support in the form of solid education, safe communities to grow up in, and more opportunities to learn and grow.

Having great parents isn't always enough to overcome a world that seems to be stacked against you, but it certainly helps.