2 years after 'Blackfish,' SeaWorld is finally listening to criticism of its orca shows. 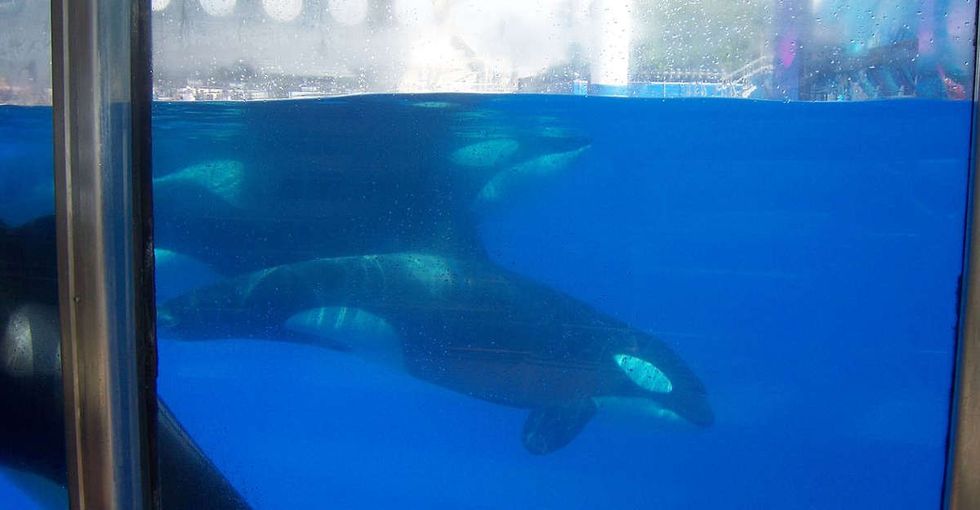 The 2013 documentary "Blackfish" took SeaWorld to task for keeping killer whales in captivity — which the film argued is highly detrimental to the creatures' mental health.

Since then, SeaWorld has come under major fire — from animal welfare organizations, celebrities, and lots of people in between.

Harry Styles of One Direction publicly criticized SeaWorld back in September. Photo by Stephen Lovekin/Getty Images.

Today, the company finally decided to take action to try to quell the criticism.

As reported by Lori Weisberg in the San Diego Union-Tribune:

"SeaWorld intends to phase out its longstanding killer whale show at its San Diego park next year as part of a comprehensive strategy unveiled Monday to re-position the embattled company amid persistent criticisms of how it treats its orcas."

While ending shows at one park won't (and shouldn't) stop people from criticizing SeaWorld, it's a welcome first step.

Ending the shows could help make life much safer for SeaWorld's trainers, many of whom have been injured or killed in orca attacks, which some argue are triggered by the stress of confinement.

SeaWorld still has a long way to go, however.

Ending the shows doesn't address the underlying issue — that keeping orcas in captivity puts the animals under an enormous amount of mental and emotional stress.

California Representative Adam Burbank plans to introduce a bill that would ban breeding orcas in captivity and would make capturing them in the wild illegal.

But starting to phase out the shows means SeaWorld is listening.

Credit is due to the dozens of people who held the company's feet to the fire and the thousands who voted with their feet — and their dollars.

Hopefully there's a lot more change on the horizon.

Update: Keep your excitement on hold for now. Slate reports there will still be orca shows at SeaWorld, but they'll be ... "natural" or something. Let's hope the new shows represent an actual improvement for the animals and their trainers, rather than just a cosmetic one.