What's making these little pieces of copper (or plastic) so darn popular?! Let's talk about the IUD.

What's making these little pieces of copper (or plastic) so darn popular?! 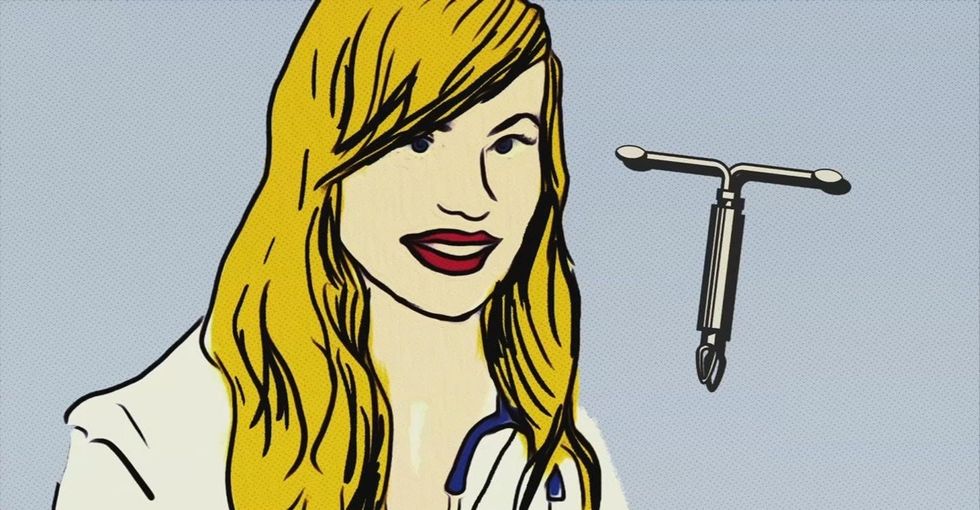 You've probably heard about IUDs, but have you ever wondered how they get in there?

IUDs are in the shape of a T, but don't worry. Your doctor doesn't just, you know, shove that T right on in because ... ouch, that would hurt. It's actually placed in an application tube with the arms down, so it's a single straight piece when it's inserted. Once it's pushed through your vaginal canal and cervix, it arrives in your uterus, where it will live.

At that point, the arms come out of the tube and are extended into the T shape. Then the tube is removed, leaving behind the IUD with threads that hang about three inches below your cervix. Those are important because they allow your doctor to make sure the IUD is in the right position. And don't worry — you won't feel them.

More stuff you might want to know about IUDs.

An IUD — short for intrauterine device — is a form of birth control that is inserted into the uterus. There are two options:

IUDs last from three to 10 years, depending on which you choose.

Remember, the most important thing is to choose the right birth control method for you, but more information never hurt anyone! So share this to educate.