What a therapist wants you to know about repairing America after this election.

She compares the election to a dysfunctional family system. It’s a perfect metaphor. 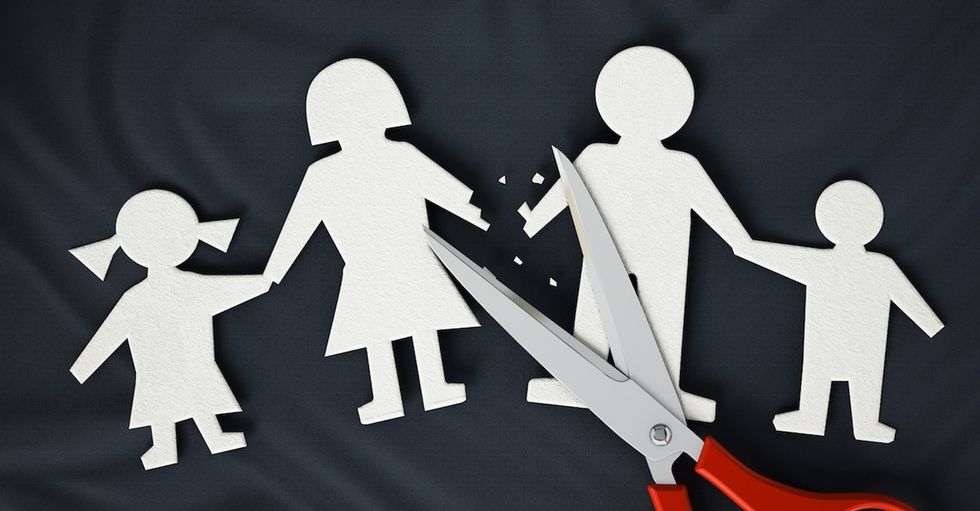 I'm a therapist. I'm also an adult survivor of a childhood trapped with a sociopathic, narcissistic, abusive, misogynistic white male bully of a father who disowned me at age 11.

He was a big source of trauma for me growing up until pretty recently.

And for 25 years, I didn't talk about this — no one in my family really did. No one really had the language, power, or modeling to really even know it wasn't OK, to stand up to him, to shine a light on how incredibly abusive and dysfunctional it was for him to do, say, and act in the ways he did. At many points during my childhood, I looked around and thought,, "Am I the crazy one for thinking this isn't right but no one else is saying anything?!"

Then I grew up. And I literally left my family system.

I want to share this with you today in case you're feeling scared, shocked, and even a little traumatized.

I wanted to share this because if you're like me, following this election, you're probably looking around and thinking "How could something this crazy have happened?"

As a therapist, I want you to know that your feelings and your responses are totally normal and natural. They are appropriate responses to witnessing that something not OK happened. In fact, I think it's a really good thing that so many of us are aghast and shocked.

It's not OK that a man whose platform has been built and driven on fear, misogyny, xenophobia, racism, sexism, and downright aggressive and abusive behavior is winning the title of the highest office in the land.

And it's scarier still to see so many people support him and his way of being in the world. It's scary because we know it's not healthy. We know there's something better and healthier out there.

Folks, if you're feeling angry, scared, and sad, that makes sense. In a way, we're all together now in a dysfunctional family system that we didn't really want to be a part of anyway.

But I will say this: Hope isn't lost, and we can see it.

We can see that it’s not lost because there are so many of us saying, "No, this isn't OK to act this way. I don't agree with this things you are saying and doing."

And, now, we are not disempowered young children who, in a painful family system, truly have no power. We have each other (amiright, Pantsuit Nation?).

Our work now is hard, but important. It is to keep saying, "No, this isn't OK."

It is to model something different — what it is and means to be in a healthy, functional relationship.

Our work, together, is to be kind, accepting, self-responsible, compassionate, curious, respectful, honest individuals of integrity. To keep speaking up and showing up and insisting on something healthier at all levels of our lives until abusive, dysfunctional behavior — whether on the playground blacktop or on the presidential stage — is no longer implicitly condoned and explicitly championed but is instead seen clearly for what it is and rejected universally.

The more we do this, the more we can hopefully shine a light for those who still think that it's OK for Trump (or for anyone else) to be a bully, to be abusive, to not be accountable for their behavior, the greater collective healing opportunity we as a nation have to make sure elections like this one never happen again.

When they go low, we go high.

Let's use this as an opportunity to go higher still. Let's commit to doing the deep, systemic, and critical educational and emotional work that the results of this country's election have proven we so desperately need coast to coast.

Let's start with healing the abusive and dysfunctional parts in ourselves, in our own minds and hearts. That is something we can do today. Let's do it in our families, in our workplaces, in our immediate communities. Let's do it nationally, reaching over the blue and red divides, striving toward something better in our humanity.

Changing a dysfunctional and abusive family system takes time, but it is possible.

So this week, please take very good care of yourself. Comfort yourself in any way you can and take hope in the fact that we have each other to lean on, we're not alone in this, and that today, tomorrow, and all the days after will be the start of many opportunities for profound healing and transformational work.