A photograph sparked mothers to show us what their post-baby bodies really look like. 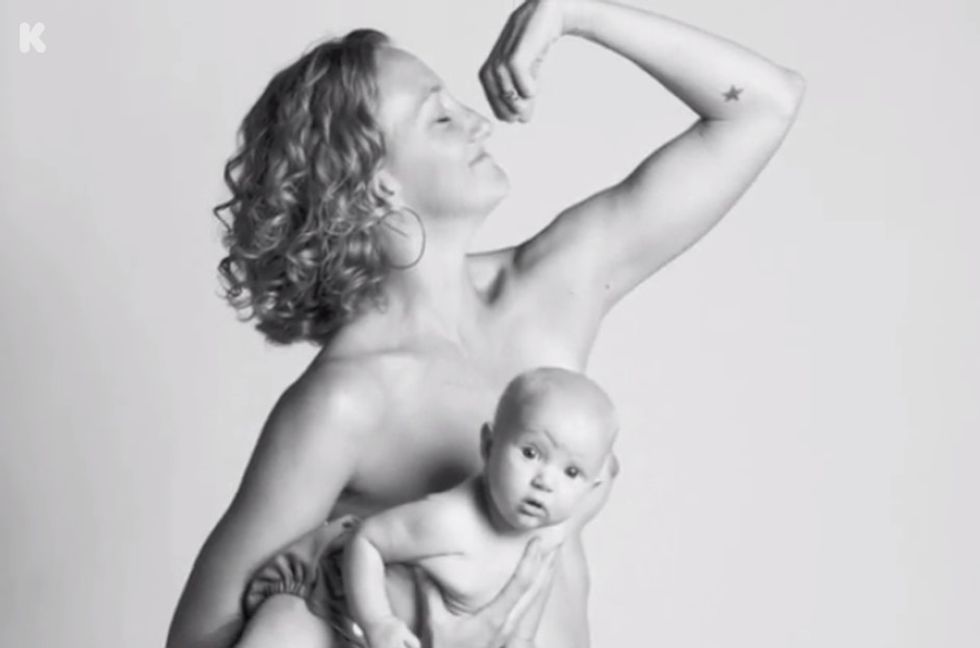 After giving birth to her son Sequoia, Jade Beall posted photos of her post-birth body to show the world what a real mother's body looks like.

What happened next was remarkable.

The photo went viral, and something struck Jade: She realized mothers around the world so rarely see themselves reflected accurately in the media. She was flooded with thousands of messages from women telling their stories about their bodies, how they struggled with not fitting the norm of "beautiful," and how they felt her photo helped redefine beauty.

Jade photographed hundreds of mothers who used to feel "too saggy," "too wrinkly," and "too fat," but who now are being celebrated for who they are. Watch her video below to hear more.