This city might have discovered how to end homelessness. And it's sharing the secret. 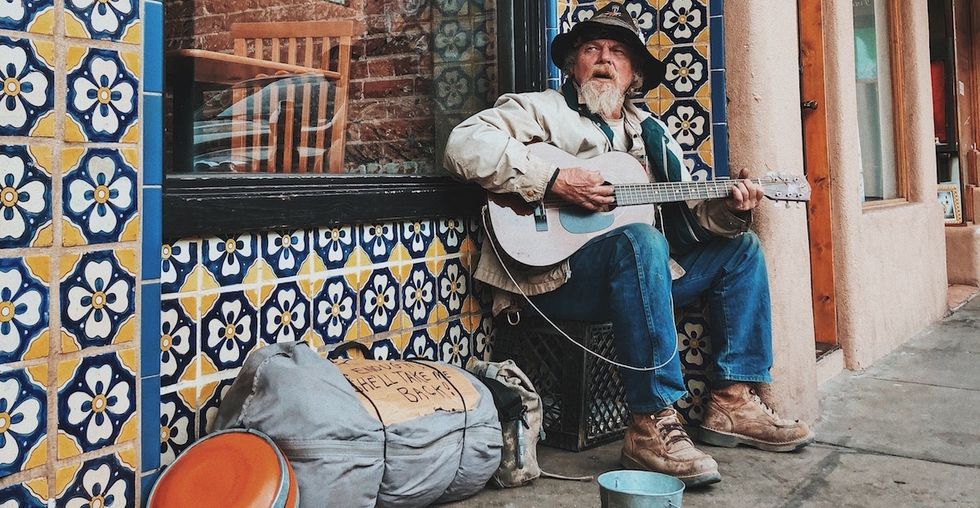 Of the nearly 600,000 people who experience homelessness on any given night in the United States, more than 40,000 are veterans.

But in the city of Riverside, California, that number has dropped to something known as "functional zero."

The city has maintained functional zero — meaning the number of people experiencing homelessness is less than the monthly housing placement rate — since 2016.

Riverside Mayor Rusty Bailey says that as a veteran himself, he had to try to solve this problem. "Some of my own neighbors have become homeless, and they've been erased from society and ended up dying because of homelessness," he says.

Bailey joined 77 mayors, four governors, and four county officials from across the country in committing to end veteran homelessness.

The movement is a part of former first lady Michelle Obama's program "Mayors Challenge to End Veteran Homelessness," an extension of the 2010 program Opening Doors. Opening Doors combined the use of federal resources and local leadership to help communities put a plan in place to ensure homelessness is prevented whenever possible. Or if it can't be prevented, it is a brief, and non-recurring experience.

It all starts with the city's Homeless Outreach Team, who first gets to know people who are homeless and help them feel like they are part of the community.

The team assesses health care needs, learns about their family, and builds a relationship of trust with each individual until they are ready to accept help in finding housing.

The policy uses a combination of local, state, and federal resources to create enough affordable housing options to meet the amount of unsheltered persons living within city limits, along with wrap-around support services put in place to help those who battle with substance abuse and mental health issues.

Bailey says the first step is helping homeless veterans take advantage of programs that were already put in place through the Department of Veterans Affairs and the Department of Housing and Urban Development. This means taking additional steps that often go overlooked, such as helping veterans obtain valid IDs and convincing landlords and accept housing vouchers. Bailey says the city even offers some landlords annual stipends of up to $250 to cover the cost of any repairs housing units may need.

Since the city first identified 80 veterans who were homeless in early 2016, Riverside has consistently maintained its veteran homeless population of functional zero.

"Now that we have this model, we can take it to the rest of the population," says Bailey. "They're all human beings, and we're all neighbors here in Riverside."

Now that veteran homelessness has been greatly reduced, the city is focusing on high school and college students without homes.

Riverside is home to thousands of high school and college students, many of whom have no place to live. Bailey says the city is working with schools to determine which students are currently homeless and create housing projects in areas of need, but with the stigma attached, identifying students in need is sometimes a difficult process.

Now that a potential solution to aiding people who are homeless seems to be working in Riverside, city officials are working with other regional leaders to spread their success to neighboring communities. The Western Riverside Council of Governments is made up of 18 cities, and members of WRCOG are optimistic that what works in Riverside can work in their communities as well.

"It's important for us to work on this together," says Bailey. There's no city limits to homelessness.