Talking about politics with your family during Thanksgiving doesn't have to turn into a fight. 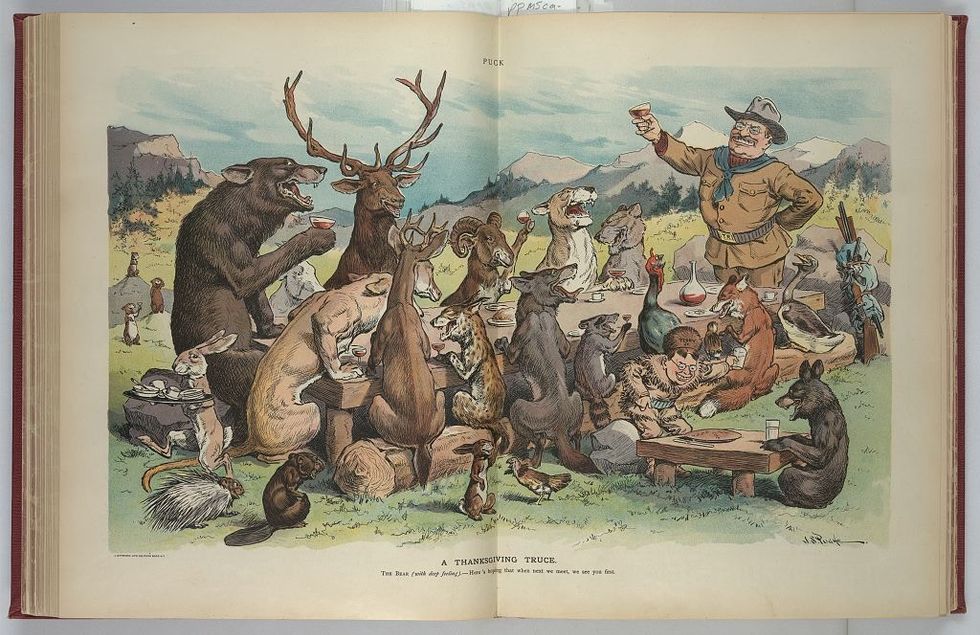 The holidays are supposed to be a time for families to come together, yet it seems harder and harder in these divisive times.

We once lived in a world where the most dreaded thing about the holidays was fielding Great Aunt Karen’s questions asking why you’re not married. Former chief strategist for the Bernie Sanders presidential campaign, Mark Longabaugh, once said that political debate today is a "cage match of emotions."

And when facing one’s family, it feels like one has to gear up for the fight. But it doesn’t have to be that way.

In the wake of the 2016 presidential election, many families altered their plans due to the tense political climate. A study found that many families shortened their Thanksgiving dinners by 20 to 30 minutes, and the New York Times stated that some families even cancelled theirThanksgiving plans due to political divides. The 2016 election was a significant source of stress for over half of Americans.

While this year’s holidays don’t come on the heels of a particularly heated presidential election, many rifts of 2016 seem to hold firm. Non-profit research institute Public Religion Research Institute found that 90 percent of Democrats have a negative view of the Republican party, and the dislike is mutual. 87 percent of Republicans also harbored a negative view of Democrats. Furthermore, a Huffington Post/YouGov survey revealed that 40 percent of voters in the 2016 presidential election had at least one family member that voted for a different candidate. 40 percent of that group said that, since the 2016 election, the difference in political opinion had been either a major or minor problem with other family members.

Is it possible to get back to where we were before politics divided us all?

Can the stress of the holidays involve presents and baking and travel plans, instead of worrying whether or not Uncle Bill will bring up the boarder wall or wondering how to explain the significance of #MeToo to your grandmother?

Discussing politics so fervently might not be as effective as we want to believe. A Pew Research poll found that just 14 percent of Americans changed their mind about a political or social issue because of a post they saw on social media. It has been suggested all the conflict might actually be counterproductive. While you might not agree with your grandmother’s generation’s views on who should be president, that generation might have had a point when they advised against talking about politics in polite company.

Perhaps the best course of action is to accept those things you cannot change, that your "crazy" cousin will always be different.

When we come together and try to understand one another, the holidays can be harmonious – until Great Aunt Karen wants to know when you’re planning on having kids.