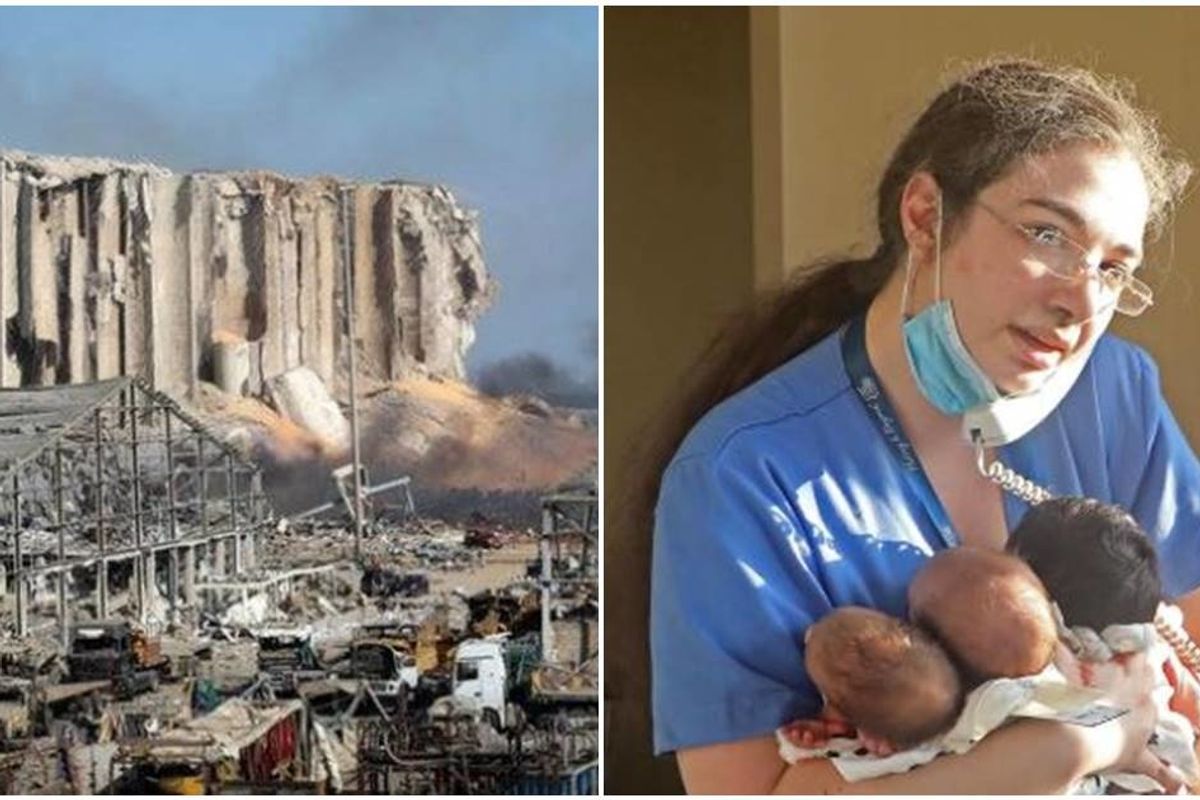 A devastating explosion in Beirut, Lebanon has killed over 100 people, injured more than 4,000 and left an estimated 300,00 homeless. Unfortunately, these early reports of the injured and dead are expected to rise in the coming days as more information is made available.

Lebanon's General Security chief Abbas Ibrahim says the blast that occurred in the city's port area was caused by "high explosive materials." It's believed that a warehouse fire ignited 2,750 tons of ammonium nitrate stored nearby.

Lebanese officials say that the ammonium nitrate was confiscated from in 2013 from an Africa-bound ship.

The blast was so massive it's said to have been about one-fifth the size of the atomic blast that leveled Hiroshima, Japan in 1945.

The news traveled around the world through shocking videos taken by first-hand witnesses.

Please take a minute or two to pray for our brothers & sisters at Beirut, Lebanon.There has been a massive explosio… https://t.co/degWLOu7sH
— mannat (@mannat)1596600975.0

One of the most striking early images of human resilience in the face of tragedy was taken at the Al Roum hospital on the outskirts of Beirut by photojournalist Bilal Jawich. He captured the image of a nurse wearing her scrubs and mask while holding three newborn babies.

The photographer told CNN that he" followed the smoke until I reached the port of Beirut" and that his "journalistic instinct" led him to the hospital.

The photo was taken shortly after the blast rocked the medical center, killing 12 patients, two visitors and four nurses.

According to the photographer, the nurse was surrounded by dozens of bodies wounded or killed in the blast. The unidentified nurse told Jawich that when the blast hit she was in the maternity ward and it left her unconscious.

When she woke up, she "found herself carrying these three children," said.

"I was amazed when I saw the nurse holding three newborns," Jawich told CNN. "I noticed the nurse's calm, which contrasted the surrounding atmosphere just one meter away."

"However, the nurse looked like she possessed a hidden force that gave her self-control and the ability to save those children. People stand out amidst these violent and dark and evil circumstances and this nurse was up to the task," he added.

Jawich says that he has covered "lots of wars" throughout his career as a photographer but has never seen anything like the devastation in Beirut.

A doctor told Al Arabiya English that hospital officials are now working to relocate its patients to unaffected medical facilities.

"We're bringing the patients to the emergency building, and from there, we're trying to send them to different hospitals because the urgent care is also full. What can we do?" Hospital director Firass Abiad said according to Metro UK.

The image of the nurse managing to hold three babies and take a phone call while surrounded by chaos shows the incredible resolve that healthcare have during times of crisis. The nurse is a fantastic example of how this power can be harnessed to create moments of triumph during even the darkest of tragedies.