Justice Scalia died. I still don't like him. And that's OK. 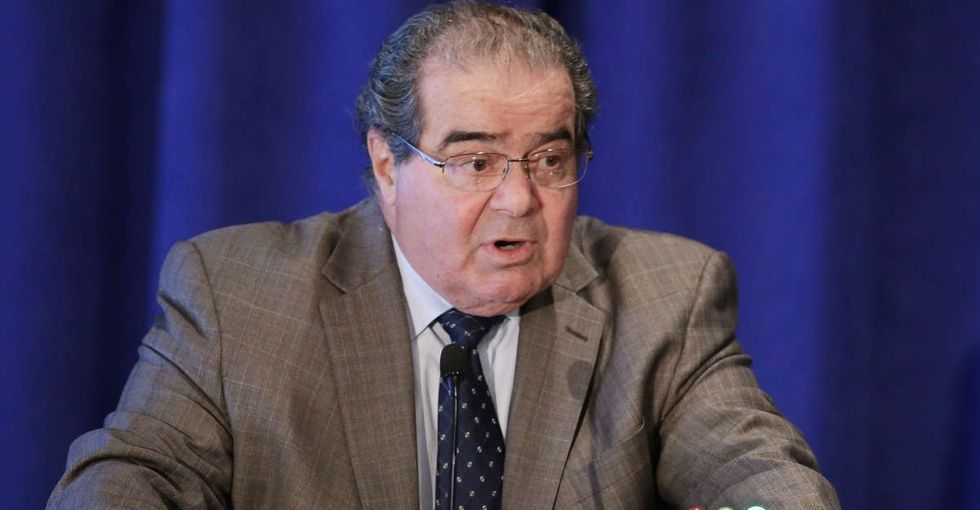 I never met him, but, boy, did I not like the guy.

I think most of his votes on the Supreme Court made the country worse.

I think too many of them made ordinary people's lives more difficult.

He said some pretty horrible things about gay people. In Lawrence v. Texas, the case that ruled sodomy laws unconstitutional, he made jokes about "flagpole sitting" during oral arguments.

In that case, he argued in his dissent that because "many Americans do not want persons who openly engage in homosexual conduct as partners in their business, as scoutmasters for their children, [and] as teachers in their children's schools," that was reason enough to keep Texas' sodomy ban intact.

He called the Voting Rights Act a "racial entitlement."

His dissent in Planned Parenthood v. Casey — the 1992 decision that affirmed a woman's right to chose — alludes to Nazism and slavery.

His last vote — in a lawsuit brought against the EPA by 29 states — made it more difficult for the United States to enforce regulations designed to combat climate change, one of the greatest existential threats to humanity in the 21st century.

Literally, the last act of his professional life was to make it harder to prevent global ecological catastrophe.

Pretty much. Photo by J.J./Wikimedia Commons.

There are a lot of reasons not to like the guy.

I'm sad he's dead. He had a family, who must be reeling. He had friends, who are certainly devastated. His fellow justices liked and respected him. Justice Ruth Bader Ginsburg, his ideological opponent in every way, was reportedly one of his closest friends.

I'm sad he's dead. And I think his professional legacy is a highly destructive one.

It's complicated, and I don't think there's anything wrong with that.

I can be angry at him for steering our society toward more racism, homophobia, and sexism without being happy he's dead.

I can be excited that someone new will replace him on the court without being happy he's dead.

It's more respectful to his legacy, honestly — to remember it clearly, the way he laid it down.

"It would be not much use to have a First Amendment, for example, if the freedom of speech included only what some future generation wanted it to include," he once said. He'd almost certainly support the right to call him out on his worst tendencies, even after death.

It wasn't all negative, of course. It never is.

There were a couple of moments where he came down on the right side of history, mostly in favor of people's right to free expression.

He was a terrific writer, even if he frequently wrote odious things. He was funny.

"The Supreme Court of the United States has descended from the disciplined reasoning of John Marshall and Joseph Story to the mystical aphorisms of the fortune cookie," he wrote in a footnote to his stinging dissent in Obergefell v. Hodges, the case that finally made marriage equality the law of the land in 2015.

Unlike many political figures, he knew how to take a joke.

In my opinion, Scalia was a pretty terrible Supreme Court justice. But you know what? I don't think he'd really care how much I couldn't stand him. His opinion, when he was alive, counted way more than mine when it mattered.

He was a giant. He was a huge jerk. He was human.