It's incredibly hard to get by as a contractor in America. It shouldn't have to be. 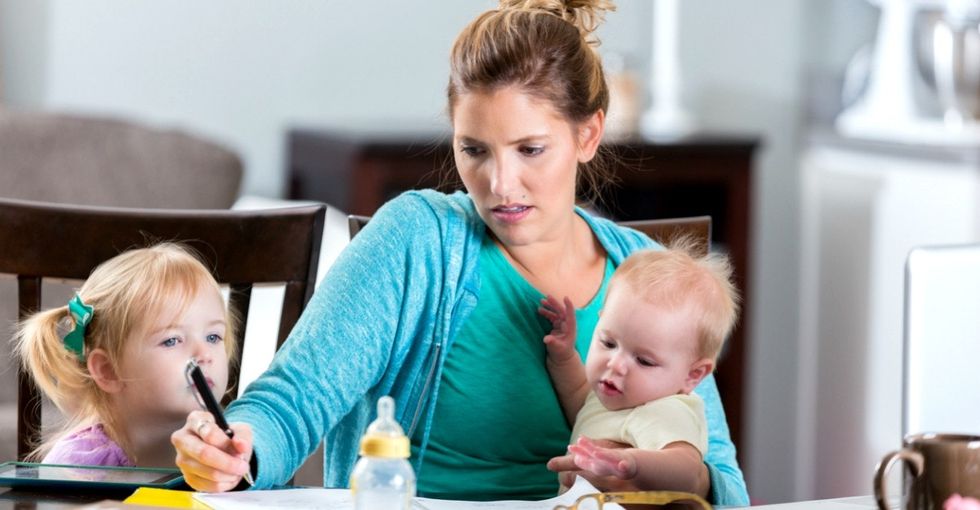 Retirement, paid sick days, a steady schedule — in theory, these should be a given for all working people. In practice, not so much.

Right now, a little over 10% of the American workforce is part of the “gig economy,” according to the UC Berkeley Labor Center, which means that most or all of their main income comes from work they do as independent contractors or through temp, on-call, and contract work.

They aren't guaranteed direct deposits, they don't get paid-time off, and they often have to grapple with stagnating wages and self-employment taxes. Plus, there is no employer contribution when it comes to saving for retirement and health care coverage.

All photos via iStock.

Making matters worse, many low-earning contractors or gig economy workers are among the 55% of Americans that live paycheck to paycheck. This means that they don’t earn enough to build a safety net in case of an unexpected emergency. According to a report by the Federal Reserve, nearly half of Americans struggle to scrape together even $400 when something unexpected comes up — like car trouble.

The solutions available during these times of emergency, such as borrowing from friends and family or payday lending, can be inaccessible or predatory, which means that these workers are often forced to make an impossible choice between feeding their family or fixing the car.

There's a clear need for a safety net for these workers — that's why one organization, The Workers Lab, is working tirelessly to provide it.

Supported by The Rockefeller Foundation, The Workers Lab funds experiments and innovations that build power for working people.

“What we learn is that working people are living the unjust reality of being poor while working harder and producing more than ever,” says Carmen Rojas, CEO of The Workers Lab.

One way to help these contractors is by providing them with access to portable benefits. These are benefits that would stay with contractors even as they move among jobs. Portable benefits could include paid sick leave, disability insurance, and an emergency fund, for starters.

The Workers Lab also believes we need to reimagine and rebuild the social safety net for all workers, regardless of where and how they work. All workers need the security of knowing that their immediate needs are being met and that they have health care, a steady paycheck, and a way to retire when it comes time for that.

“We owe it to all working people to ensure that they are not wasting the best years of their lives barely scraping by,” says Rojas.

61% of American workers struggle to come up with $1,000 in a financial emergency. To help them thrive instead of scrape by, The Workers Lab’s immediate goal is to get low-earning contractors and low wage workers the money they need when they are hit with an unexpected expense.

That's why they are working to establish a fund that would give contractors access to meaningful cash infusions for such situations — which can be a huge relief.

Failing to adapt to workers’ immediate needs could be detrimental to the future, which is why organizations like The Workers Lab are working so hard to find timely solutions.

Because of your support we had an incredibly successful 2017! Including TRIPLING our funding. Read more about all of our...

Imagine a workforce where all you have to think about is your work. You wouldn't have to worry about whether or not you’ll be able to pay for your annual physical or your upcoming knee surgery. You can rest easy knowing that if an emergency hits, you won’t have to make an impossible choice or turn to a payday lender just to feed your family.

This might sound like an impossible dream now, but with increased awareness of the problems faced by contract workers and with organizations like The Workers Lab working tirelessly to find solutions to help workers without safety nets, it's closer to reality than ever before.