Great news for the environment: Wind power is the cheapest it's been in a long time.

Coming soon to an open field near you 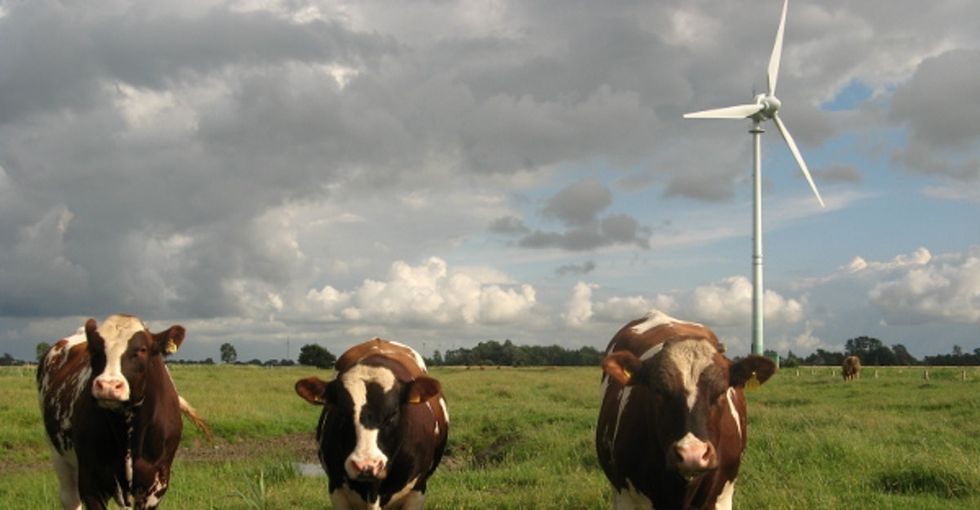 Focus on the turbine. Not the cows. Photo by Dirk Ingo Franke/Wikimedia Commons.

Just stick one of these puppies outside, wait for the atmospheric pressure to get nice and different, and bam. Free electricity.

What other thing can do that?

Oh, that's right. No other thing.

It is a scientifically proven fact that wind turbines are cooler than you.

They're cooler than you're friend Jed, too.

And — in what you will undoubtedly regard as best news of your entire life — there's a good chance we're going to be seeing a lot more of these bad boys in the near future.

According to a new report put out by the U.S. Department of Energy, the price of electricity generated by wind is lower than it's ever been.

It's likely to stay low for quite a while too. As a result, in 2014, wind power grew faster than any other power source.

That's fantastic news for the environment.

It's really easy to project the price of wind power into the future.

Unlike, say, natural gas, the price of which fluctuates based on the ability of humans to blast it out of the ground, wind is — well — it just is.

Which is how we know it's not going to rise significantly for a long time — perfect conditions for a wind powersplosion.

So, go home, natural gas. No one wants you.

There's just no reason to burn more of you charcoal lumps, when you can just stick up a couple of clean, cheap-as-hell wind turbines instead and call it a day.

The time has come.

Let's do this thing, wind turbines.