For 107 hours, Portugal didn't need any fossil fuels. Here's how they did it. 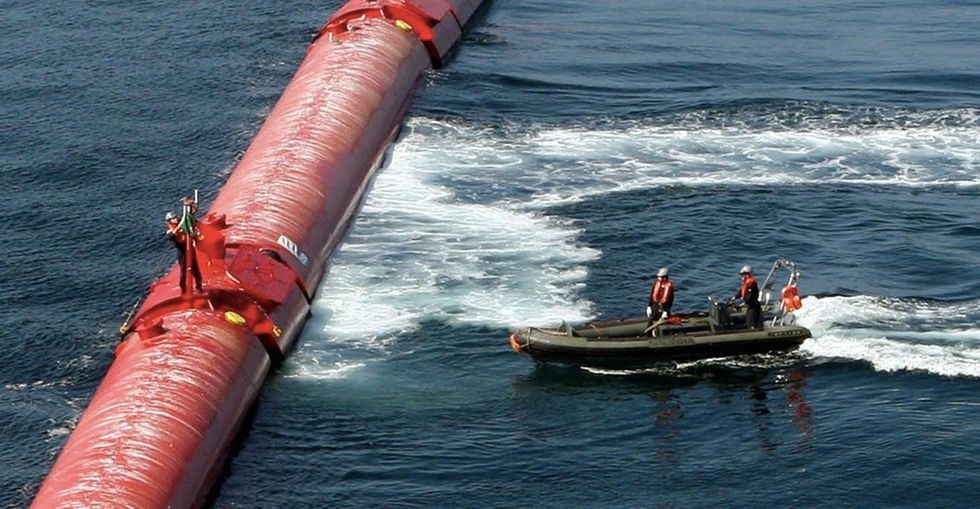 A lot happened during those 107 hours. The bison became our new national mammal. President Barack Obama announced that he would be the first sitting president to visit Hiroshima. Attorney General Loretta Lynch delivered a soul-stirring condemnation of North Carolina's discriminatory HB2 bill.

Something pretty wild happened in Portugal during that time too. For those 107 hours, Portugal was a completely renewable country.

For just under five days, Portugal generated all of the electricity it needed from completely renewable sources. Fossil fuels still burned for other stuff — cars, for instance — but for those magical 107 hours, 100% of their electricity demand was covered by renewables.

The news comes from a report by the Portuguese Renewable Energy Association and Zero, a renewable energy association. In 2011, the country performed a similar feat but only for a few hours.

Part of what's really cool is that Portugal isn't tied to just one clean energy technology. It's trying a lot of different ones.

A wave power machine in near the Portuguese town of Povoa de Varzim. Photo from Joao Abreu Miranda/AFP/Getty Images.

As of 2015, about 22% of the country's electricity is coming from wind power alone, but Portugal also uses hydroelectric, wave, geothermal, and solar power as well as biofuels (which are the renewable cousins to fossil fuels).

What might be more impressive is how quickly Portugal's renewable energy sector has grown.

How did they do it so fast? Portugal's government has invested in renewable energy like crazy. Portugal has been giving renewable energy producers guaranteed prices and payments as well as picking up a lot of the new infrastructure check.

Yes, this has left a considerable deficit for the government to deal with, but it says it has plans to eliminate it.

Portugal's not the only country with an impressive record in renewable energy lately. Take Denmark, for example.

In fact, tons of countries are getting in on this. Germany recently generated so much renewable energy consumers were actually paid to use their electricity. In 2014, Latvia, Austria, Sweden, Norway, and Iceland also generated the majority of their electricity need from renewables.

Renewable energy is happening. Fast. And America can do this too.

The United States still gets the vast majority of its electricity from nonrenewable resources, particularly coal and natural gas, but with the right programs, it's estimated we could provide as much as 80% of our energy needs through renewables by 2050.

Portugal didn't use magic to make its record 107-hour run happen. That success was based on political will, investment, and readily available technologies — stuff we can, and should, start doing today.