A Stunning Blonde, Blue-Eyed Freshman Sits Next To Him In Church. Things Don't Go The Way He'd Like.

Coming out as gay is hard. Coming out within a faith that rejects you is often devastating. Here is one person's plea, addressed to his youth pastor, delivered so poetically and eloquently that I find myself at a loss for words. I hope it reaches the ears and hearts of many of our religious leaders so this heartbreaking cycle of rejection and bitterness may end. 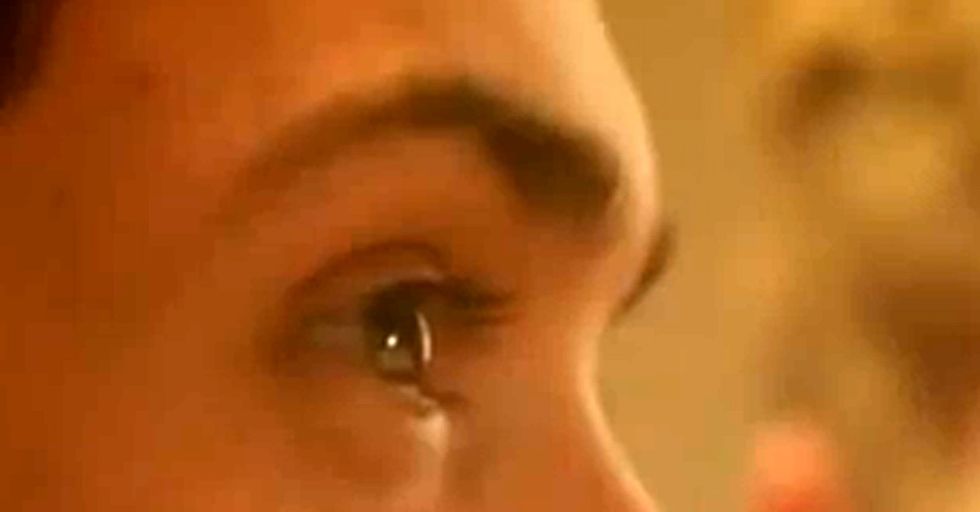 LGBTQ kids are at least twice as likely to attempt suicide as their heterosexual peers. With that mind, here are some tips if you find yourself or a loved one raising a child who may be LGBTQ.

A lot of LGBTQ kids think their parents don't accept them because of times in the past when their parents insulted or disparaged another LGBTQ person. An off-hand comment about how someone else's child is "probably just going through a phase" could stick in your kid's head as an example of how you might not accept them for who they are.

If your child may be getting bullied, the best way to deal with the situation is head-on. Figure out a solution with your kid or their teachers if it's very serious so kids know you're completely in their corner.

The "sex talk" is an uncomfortable conversation for any parent, but it can prove unbearable for parents who are uncomfortable with their child's sexual identity. If you're a good parent, obviously you love your child and want to protect them, so make sure they know how to protect themselves. LGBTQ youth groups can help as well. Support makes all the difference.

Some people who are considering suicide talk about it before they make an attempt. If an adolescent you know talks about feeling "hopeless" or "wanting to die," take it seriously. Don't assume they're only doing it for attention. Make sure they get help.