Loneliness is killing millions of American men. Here’s why. 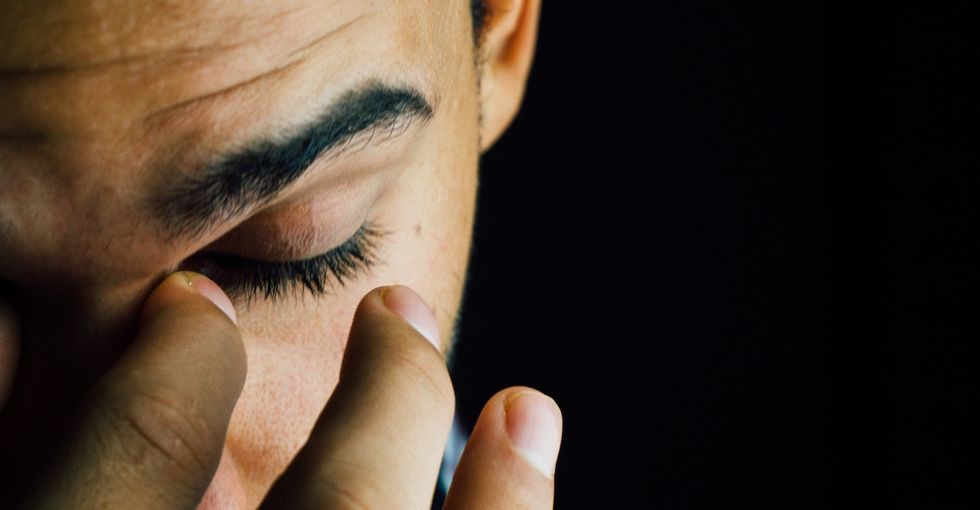 When I was 7, my best friend’s name was George.

He lived around the corner from me. George was tall and lanky. His elbows always akimbo, his cowlick stellar in its sheer verticality. He had an aquarium. He had a glow-in-the-dark board game. He had the 45 rpm of "Hang On, Sloopy," and he was a Harry Nilsson fan, just like me. I can still recall his house, and all of the luminous joy it held, perfectly in my mind's eye — all part of the frozen 7-year-old's mosaic that exploded into pieces when my parents' marriage failed.

After my parents split, George and I lived just an hour apart. But our parents weren't willing to ensure that George and I stayed in regular contact. Once or twice a year, we were allowed a sleepover, and George always came to spend the night on my birthday. His visit was the one gift I asked for.

Then one day it ended. My mother simply said, "no more." To this day, I don’t know what triggered that choice, but my guess is she was feeling vaguely uncomfortable that two boys, by then around 11 years old, were moving on to things more productive than comic books and sleepovers. I suspect she felt she could no longer sponsor something so ... intense. From her perspective, it was unnaturally so.

With that decision, it wasn't just my friendship with George that died. I lost my understanding of where close male friendships fit into my life.

The topic of male friendships remains largely undiscussed, but for American men, it can be a matter of life and death.

Niobe Way is a professor of applied psychology at New York University and the author of "Deep Secrets: Boys' Friendships and the Crisis of Connection." A number of years ago, she started asking teenage boys what their closest friendships meant to them and documenting what they had to say.

It seems that few scholars have thought to ask boys what was happening with their closest friendships because we assumed we already knew. We often confuse what is expected of men (traditional masculinity) with what they actually feel — and given enough time, they confuse the two as well. After a lifetime of being told how men "typically" experience emotion, the answer to the question "what do my closest friends mean to me" is lost to us.

Way’s research shows that boys in early adolescence express deeply fulfilling emotional connection and love for each other, but by the time they reach adulthood, that sense of connection evaporates.

This is a catastrophic loss; a loss we somehow assume men will simply adjust to. They do not. Millions of men are experiencing a sense of deep loss that haunts them even though they are engaged in fully realized romantic relationships, marriages, and families.

This epidemic of male loneliness is more than just melancholy. Research shows us it can actually be lethal.

In an article for the New Republic titled "The Lethality of Loneliness," Judith Shulevitz writes (emphasis added):

"Emotional isolation is ranked as high a risk factor for mortality as smoking. A partial list of the physical diseases thought to be caused by or exacerbated by loneliness would include Alzheimer's, obesity, diabetes, high blood pressure, heart disease, neurodegenerative diseases, and even cancer — tumors can metastasize faster in lonely people."

The boys featured in Way's book express, in their own words, a heartfelt emotional intimacy that many men can recall from their own youth.

Consider this quote from a 15-year-old boy named Justin:

"[My best friend and I] love each other ... that’s it, you have this thing that is deep, so deep, it’s within you, you can’t explain it. It’s just a thing that you know that that person is that person and that is all that should be important in our friendship. I guess in life, sometimes two people can really, really understand each other and really have a trust, respect, and love for each other. It just happens, it’s human nature."

This passionate and loving boy-to-boy connection occurs across class, race, and cultures. It is exclusive to neither white nor black, rich nor poor. It is universal and beautifully evident in the hundreds of interviews that Way conducted. These boys declare freely the love they feel for their closest friends. They use the word "love," and they seem proud to do so.

But Justin also senses, even as it's happening, the distancing that occurs as he matures and male intimacy becomes less accepted. He says this in his senior year, reflecting on how his relationships have changed since he was a freshman:

According to Way, this "natural" distancing is a lot more artificial than it is innate — a result of toxic judgments leveled against boys by their environment and society.

"Boys know by late adolescence that their close male friendships, and even their emotional acuity, put them at risk of being labeled girly, immature,� or gay," Way writes. "Thus, rather than focusing on who they are, they become obsessed with who they are not — they are not girls, little boys nor, in the case of heterosexual boys, are they gay."

The result? "These boys mature� into men who are autonomous, emotionally stoic, and isolated," as Way puts it. In other words, the pressures of homophobia and toxic masculinity push boys into isolation until they become swept up in the epidemic of male loneliness that haunts the majority of American men.

It is a heartrending realization that even as men hunger for real connection in male relationships, we have been trained away from embracing it.

Since Americans hold emotional connection as a female trait, many reject it in boys, demanding that they "man up" and adopt a strict regimen of emotional independence and even isolation as proof they are real men. Behind the drumbeat message that real men are stoic and detached is the brutal fist of homophobia, ready to crush any boy who might show too much of the wrong kind of emotions.

We have been trained to choose surface level relationships or no relationships at all, sleepwalking through our lives out of fear that we will not be viewed as real men. We keep the loving natures that once came so naturally to us hidden and locked away. This training runs so deep, we're no longer even conscious of it. And we pass this training on, men and women alike, to generation after generation of bright eyed, loving little boys.

When I was in my early 30s, I ran into George again.

He was working for a local newspaper and living in an apartment in Houston, where I visited him. To my surprise, he happily split up his comic collection (I had sold mine when I was 16 or so) and gave me half of his huge collection. It was an act of profound generosity, and I’m sure I was effusive in my thanks.

I ran into George again in my 40s. He had married and moved to California. On a business trip, I spent the night at his house. We fell into our old pattern of reading comic books and drawing while his wife hovered, declaring over and over how great it was that I was visiting. The next day I packed up and went home to New York feeling vaguely disconnected but happy.

About two years later, his wife called me, screaming and weeping. George had died.

To this day, I remain shocked. "Why didn’t I connect more" was my first thought. My second was how effusive his wife had been about my visit. So supportive. So happy for "George’s friend" to be there. I was never able to follow up after his death. I don’t even know what killed him, just an illness.

How is this possible? How did I sleepwalk through the chance to reconnect this friendship? I should have cared. I should have given a damn. Why didn’t I? Because somewhere, somehow, I was convinced that close friendships with boys are too painful?

Don’t parents understand? Don’t they know that we love each other? That our children’s hearts can be broken so profoundly that we will never rise to a love like that again?

The loss of my friendship with George set a pattern in my life that I am only now, decades later, finally conscious of.

I have walked past so many friendships. Sleepwalking past men as I went instead from woman to women, looking for everything I had lost. Looking instead in the realm of the romantic, the sexual. A false lead to a false solution. And in doing so, I have missed so many opportunities to live a fuller life.

Way’s work has given me the piece of the puzzle I was never conscious of. That the love I had felt for George and others — Troy, Jack, David, Bruce, and Kyle — was right and good and powerful and could move mountains. I didn’t realize what they were then. But I do now. That the slow withdrawing of those friendships from my life had not been a killing blow. Not quite. And that I’m back in the game of loving my friends. Fiercely.

This piece was originally published by The Good Men Project and is reprinted here with permission.