A comic from The Oatmeal illustrates how we're missing the mark on happiness.

I do the things that are meaningful to me, even if they don't make me "happy."

How to Be Perfectly Happy

This article originally appeared on 12.02.16

Matthew Inman is the Eisner Award-winning author of The Oatmeal. He's published six books, including New York Times Best-Sellers such as "How to Tell if Your Cat is Plotting to Kill You"and "The Terrible and Wonderful Reasons Why I Run Long Distances."He enjoys running marathons, writing comics, and eating cake.

You can read more of Matthew's comics here. 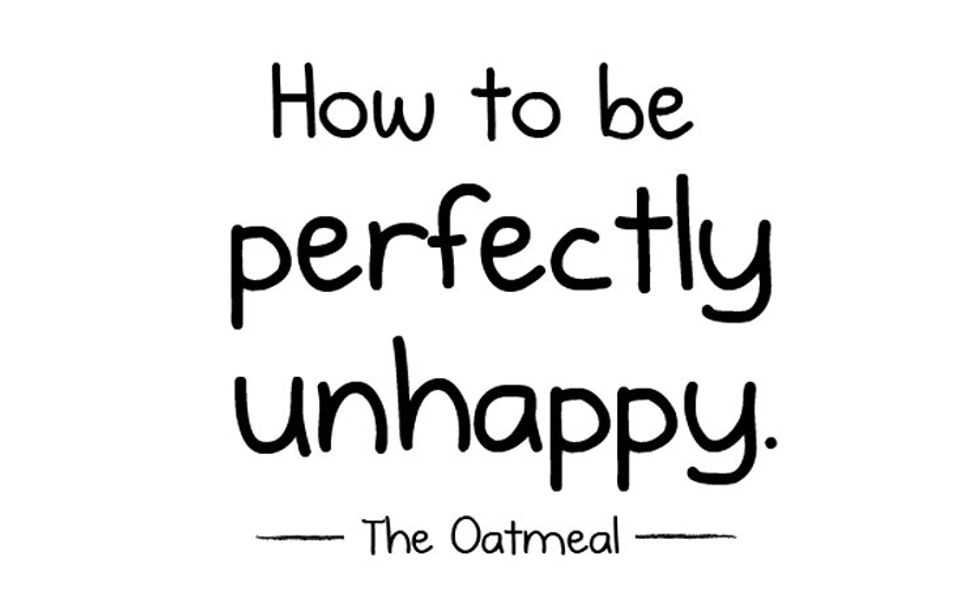 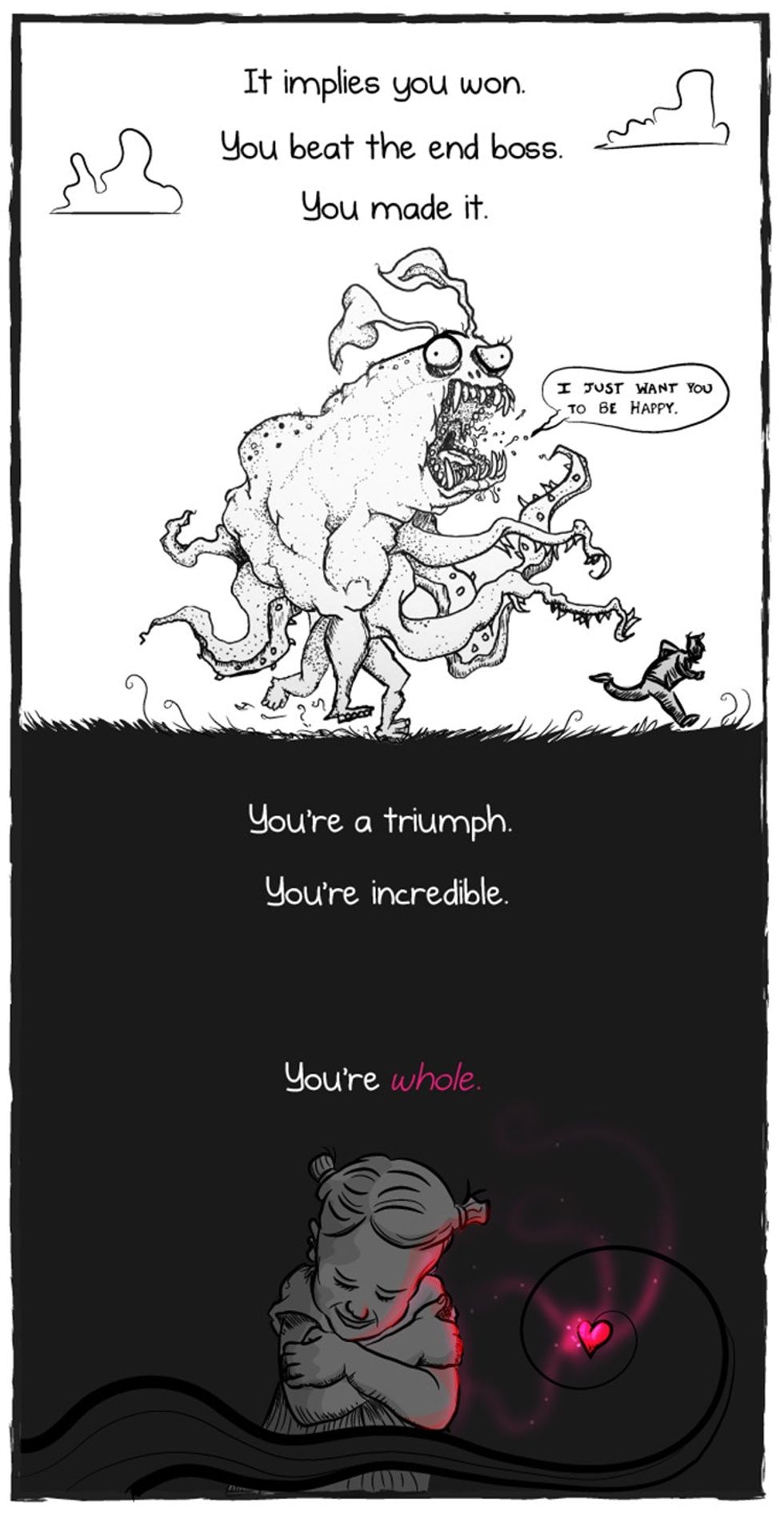 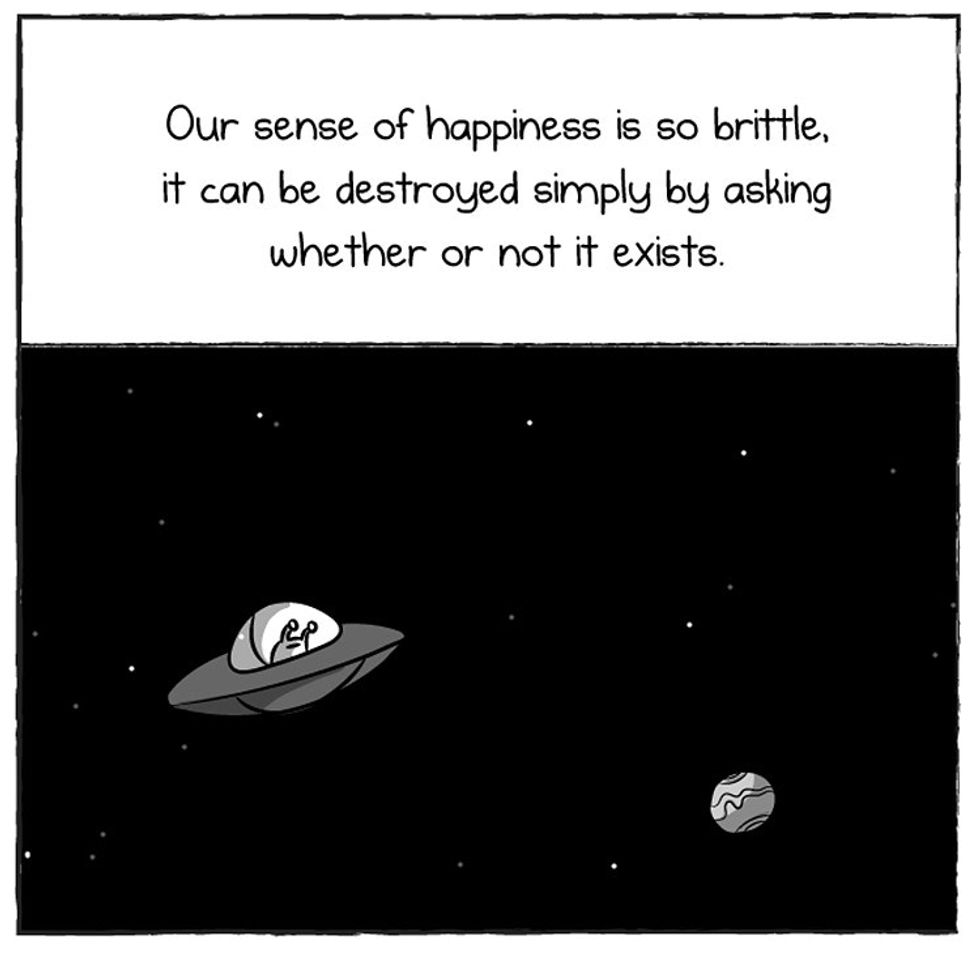 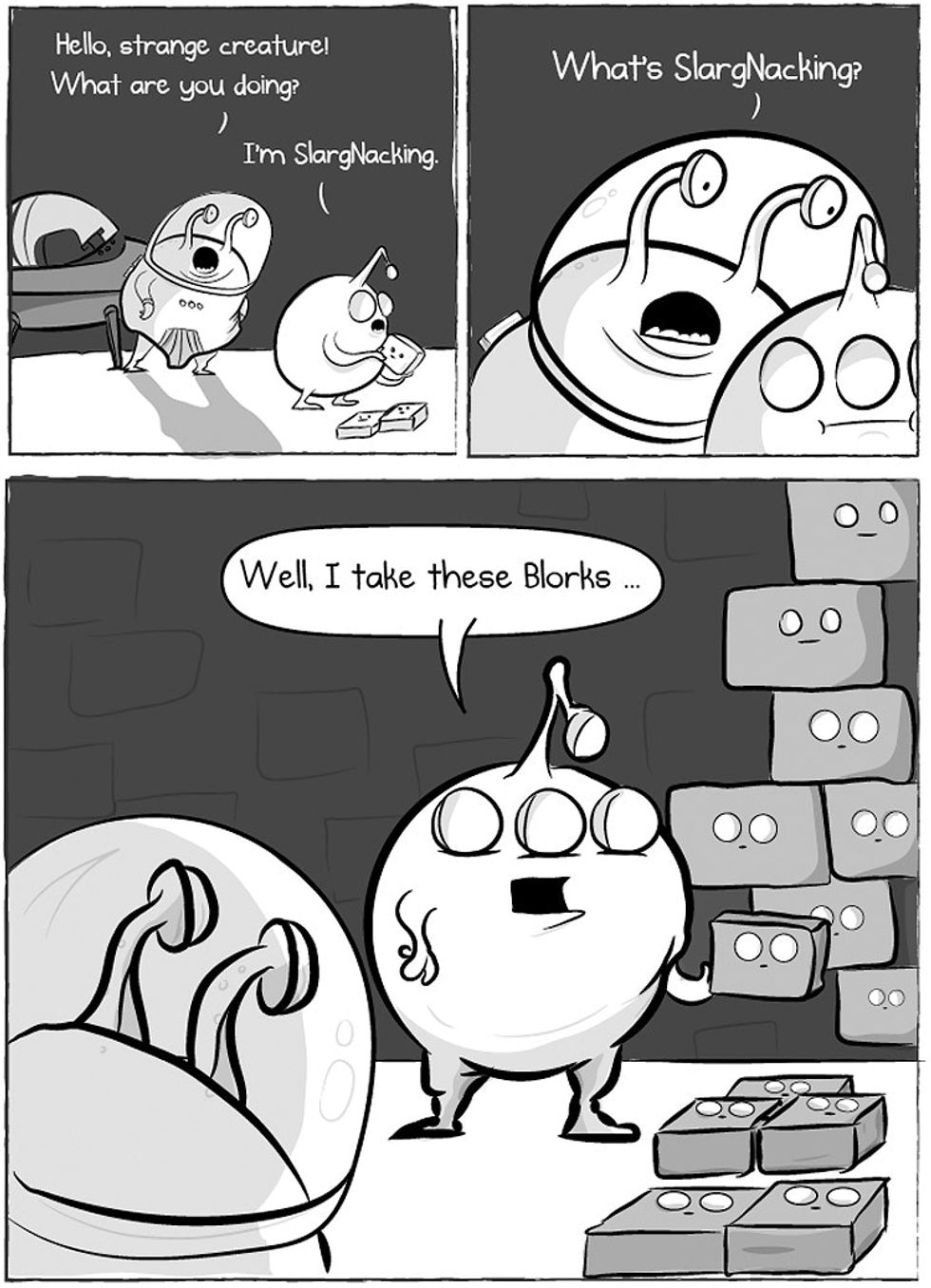 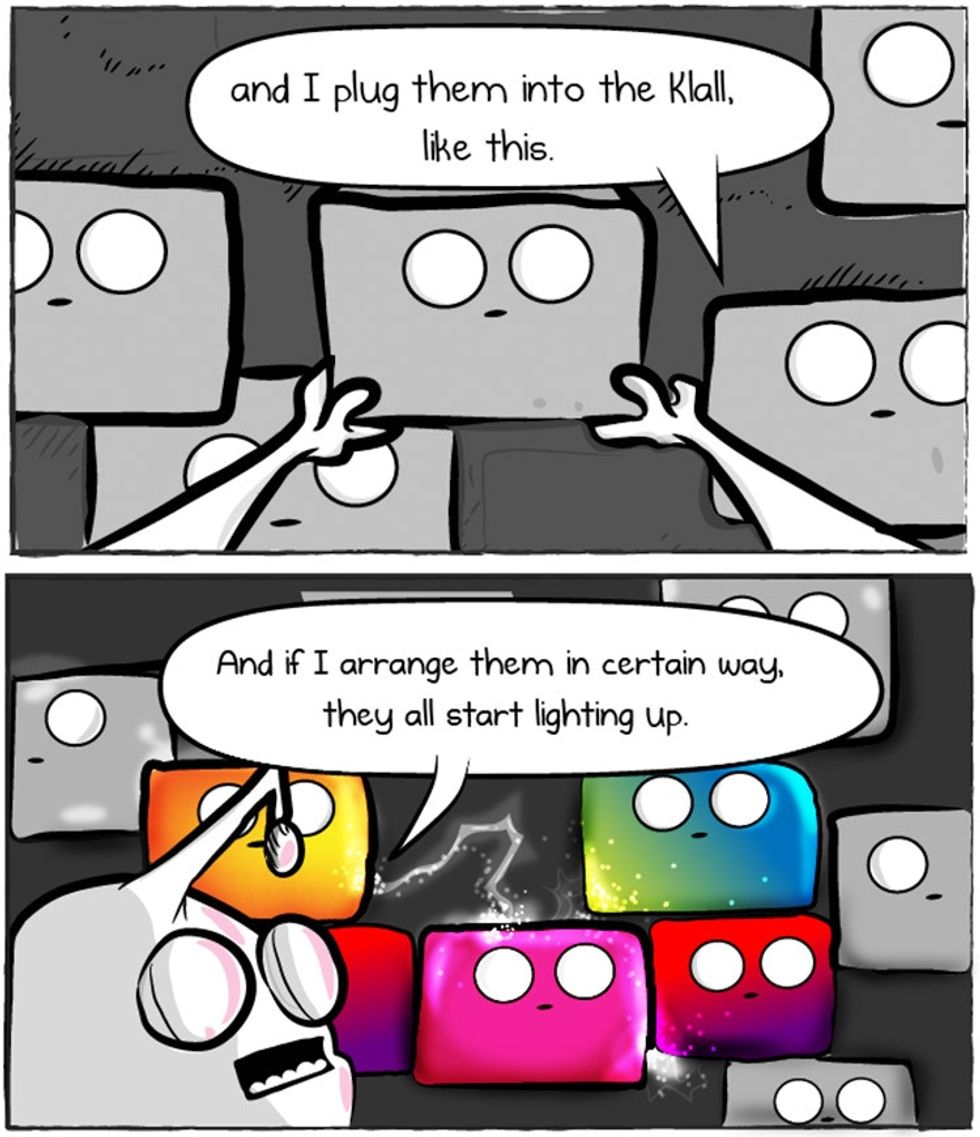 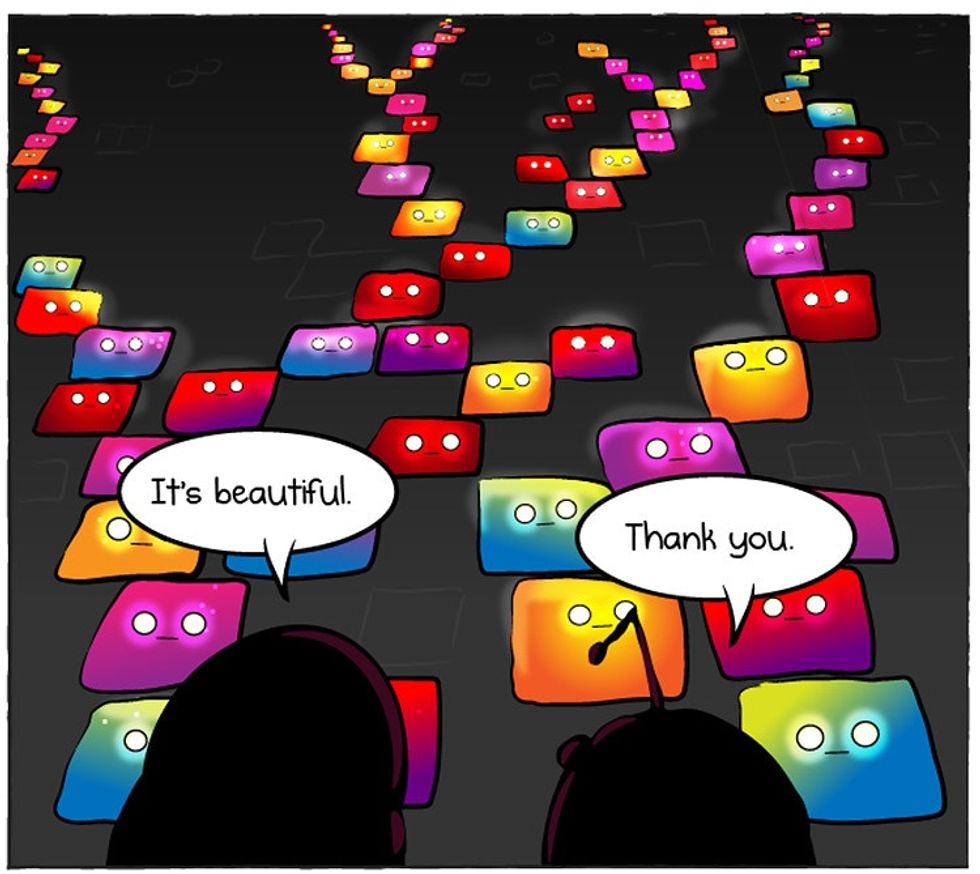 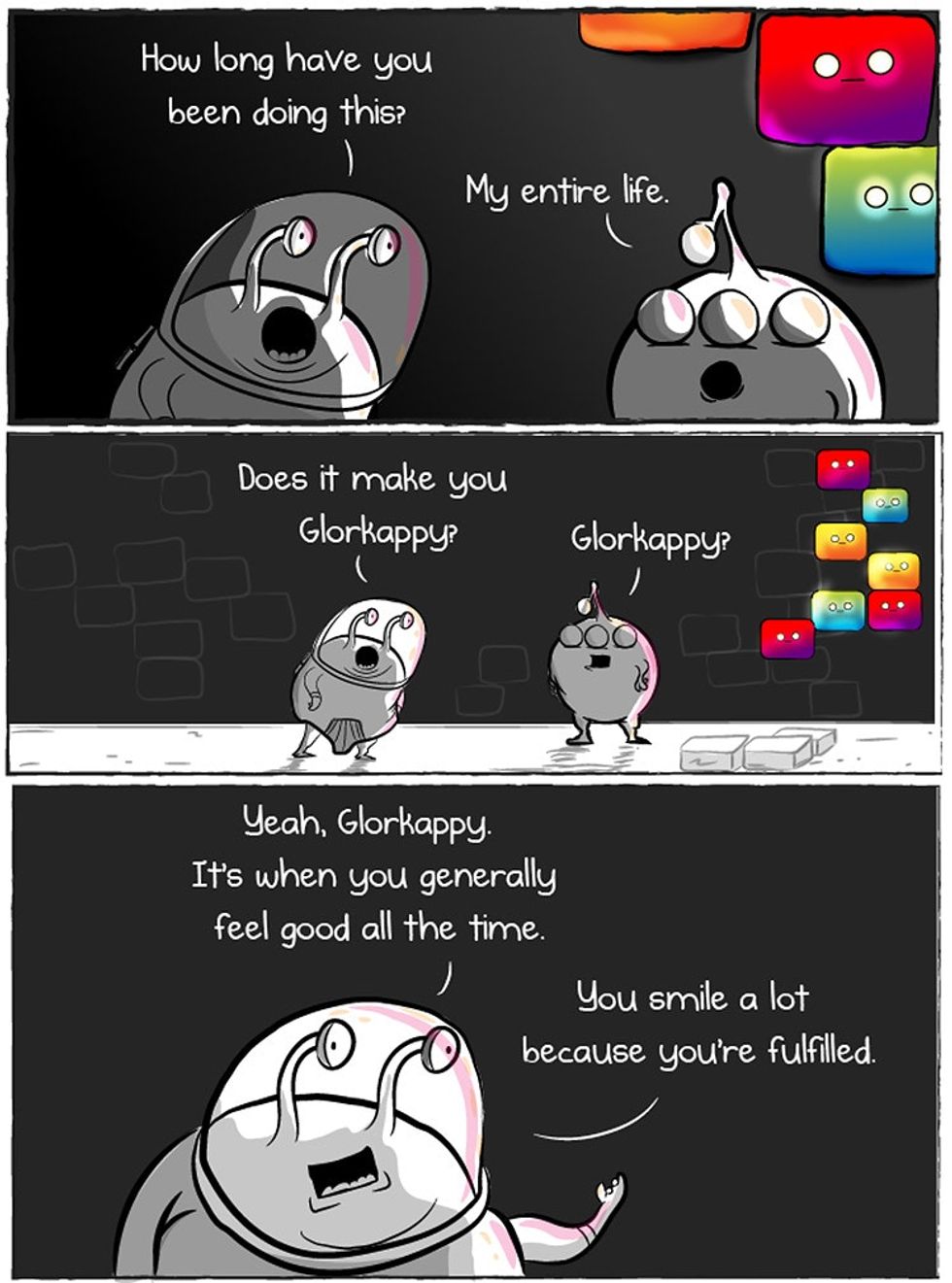 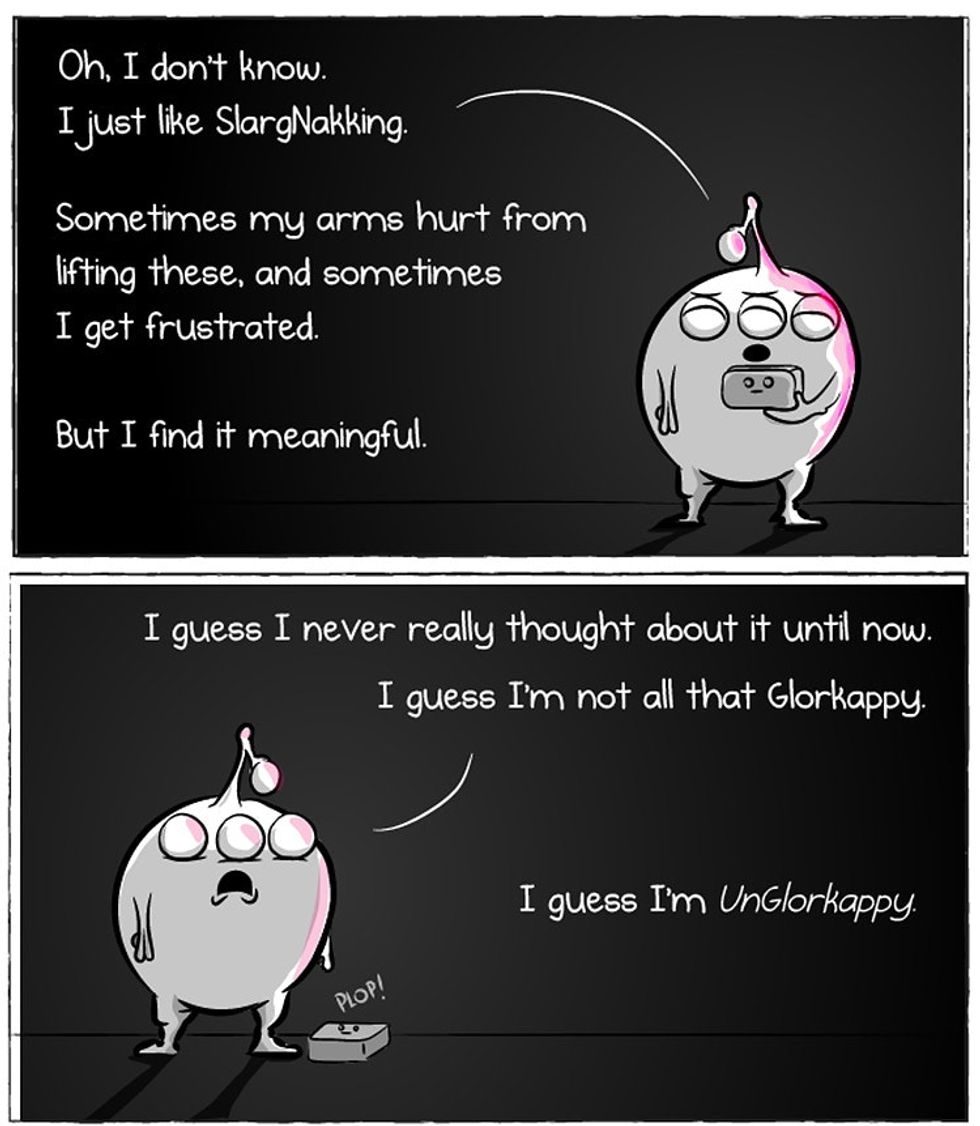 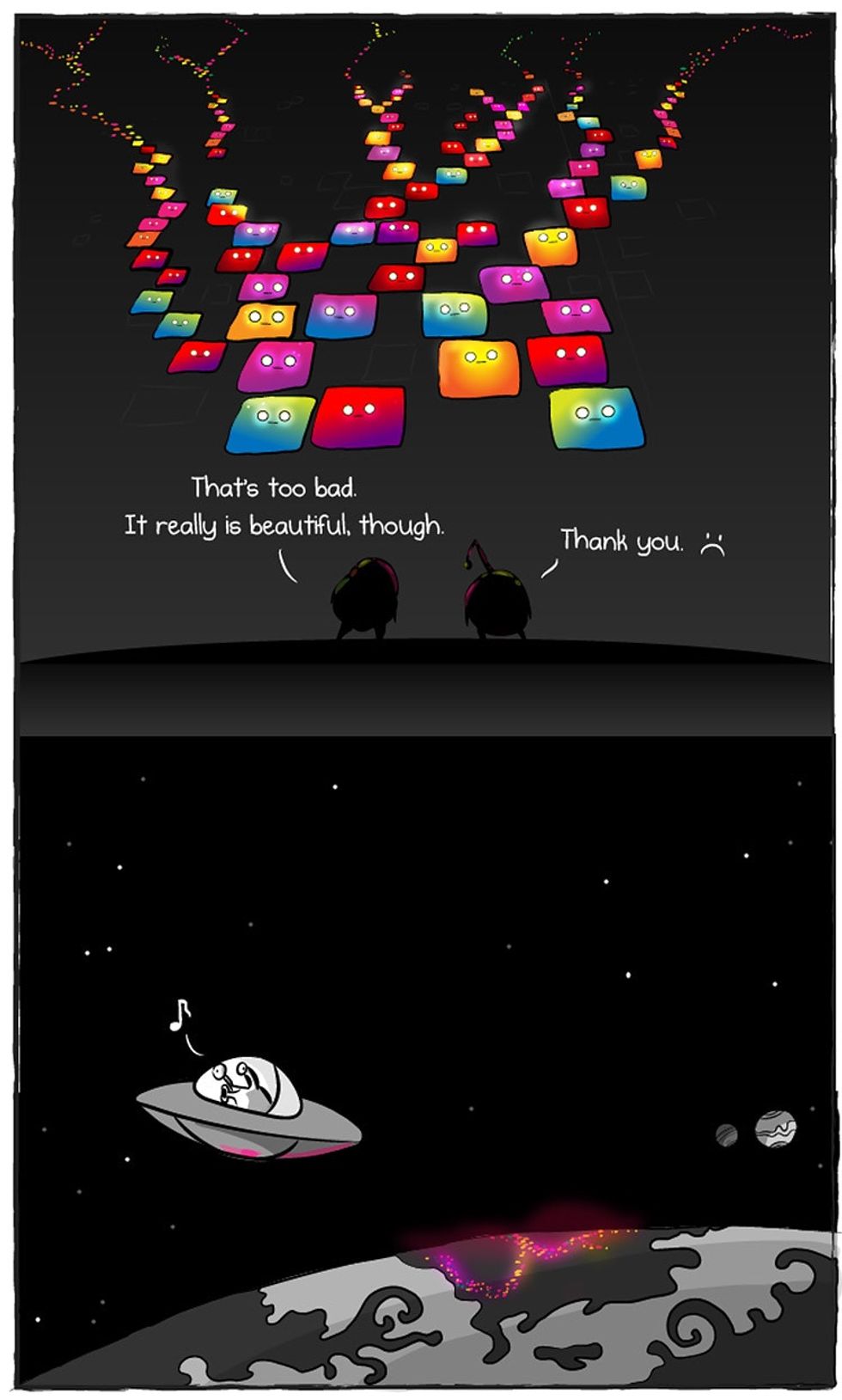 More comics from The Oatmeal:When your house is burning down, you should brush your teeth.

More comics from The Oatmeal:

When your house is burning down, you should brush your teeth.

She honored her community in a big way.

A beautiful tribute to those taken too soon.

Eighteen-year-old Ava Swiss displayed both talent and courage with her breathtaking rendition of “Remember” by Lauren Daigle. Swiss’ vocal chops and stage presence were certainly enough to make a lasting impression. But the reason behind her song choice made it all the more impactful.

“I chose this song because back on November 30, my brother and I were a part of the Oxford school shooting,” Swiss told judge Simon Cowell. “We lost four of our students, and seven others were injured, one of which was a teacher.”
Keep ReadingShow less
video
Joy

It looks so comfy.

A woman sleeps soundly in her Plufl.

Have you ever looked at your dog napping soundly in the middle of the day and secretly wished you could have a dog bed, too? Newer styles of dog beds look like soft and cozy nests that you can sink into like a cloud.

Well, dreams do come true. Two college kids from Vancouver, Canada, Noah Silverman and Yuki Kinoshita, have created the world’s first human-sized dog bed and they call it the Plufl.

“The Plufl is a premium napping bed engineered to provide the optimal napping experience,” it says on the Plufl’s Indie GoGo site. “It is created to maximize comfort and foster a sense of security, delivering relief for those who have ADHD, stress, and anxiety-related issues. A nap in the Plufl will boost your mood and have you feeling refreshed.”

Woman kept getting alerts from her Apple watch about her heart. They wound up saving her life.

She felt fine. But the watch knew better.

Kim Durkee, 67, of Solon, Maine, told Today that she purchased an Apple watch two years ago to count her steps and to get help if she fell. But she ended up getting a lot more than that out of her watch. In fact, it wound up saving her life.

Back in May, Durkee got an alert from her watch in the middle of the night that said she appeared to have an abnormal heart rhythm and suggested atrial fibrillation. "The message basically said something to the effect of, 'You are in a resting state but we noticed AFib,'" Durkee told News Center Maine.

The Mayo Clinic describes atrial fibrillation as an “irregular and often very rapid heart rhythm (arrhythmia) that can lead to blood clots in the heart.” It increases the risk of stroke, heart failure and other heart-related complications.