Sisters thought they were rescuing an injured dog, but ended up with 10 lovely pups instead 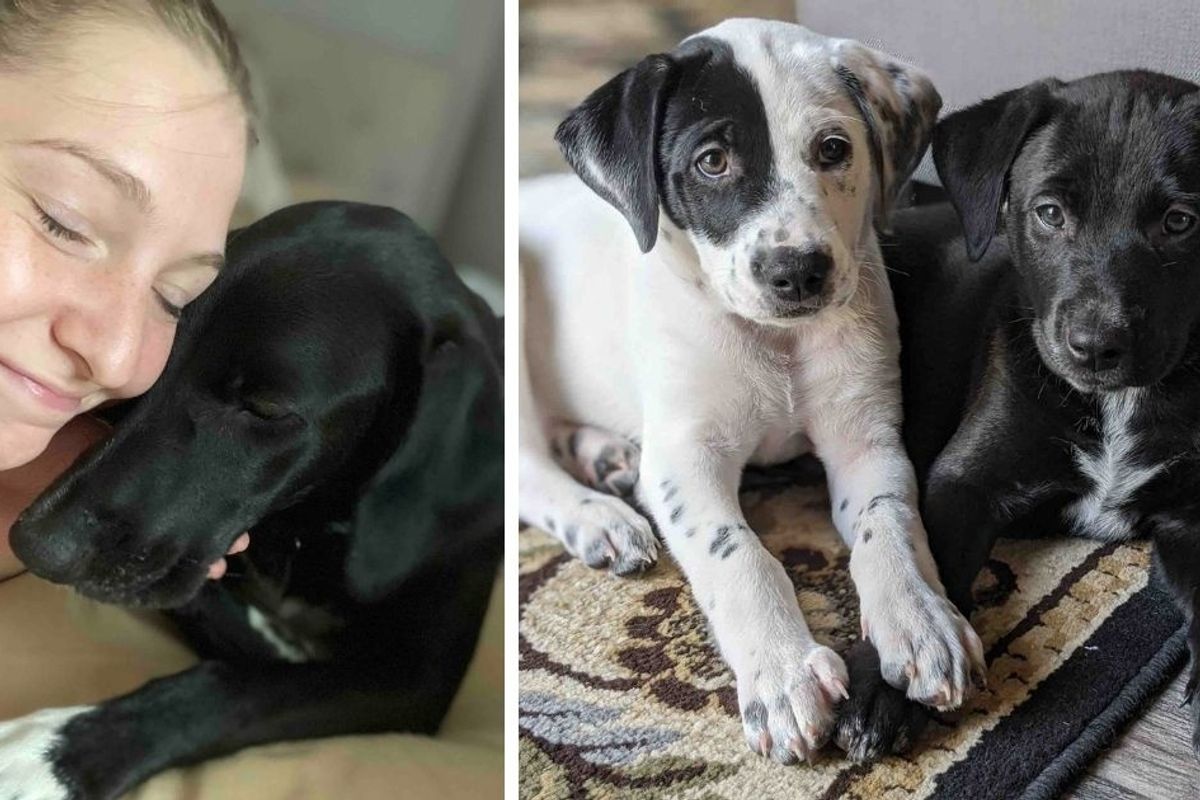 It is hard to walk into a dog shelter without wanting to take them all home. In the case of Meghan Wedge and Sarah Bauer, one turned into ten—and quickly.

It all started outside Meghan's work in Dalton, GA. Some colleagues of hers came into the office and said that there was a dog badly injured in the parking lot just outside. As Wedge told PBS39, "As soon as she got up, she'd fall back down. When she did finally get up, you could see that she couldn't put her weight on her one back leg. I wanted to help her, so I started posting on social media, just asking if anyone was able to help this dog. I didn't want to call the pound on her. I was hoping to find her a home." That was when she made a phone call to her sister, Sarah Bauer, who lived in Quakertown, PA. At that moment, for the dog who would soon be named Izzy, things were about to change.

As Megan recalls, "Sarah was like: What if I take the dog? I said: Are you sure you want to do this? You don't know what you may be getting yourself into." But there was no talking Sarah out of it. They met in Virginia where Sarah met Izzy and took him home.

The first order of business for Sarah was to take Izzy to the vet. That was when she learned how bad the trauma that Izzy had suffered really was. "Because of Covid-19 and everything going on, I couldn't go into the vet with her, which was hard in itself," said Bauer. "The vet comes out to my car and tells me that her hip is dislocated, she has abrasions on her legs and that she was probably hit by a car. She also told me that she was hit by buckshot. At that point, I started tearing up. To think that this sweet girl had been treated that way...I don't even want to think about someone hurting her on purpose."

As Sarah pointed out to PBS39 on Izzy's X-rays, "The tiny white dots—that's the buckshot—all over her body. This is just showing her abdomen. I also picked a couple out of her ears, arms and legs." As expected, when Megan heard this from Sarah it was heartbreaking. "When Sarah told me all of that, I started crying," said Wedge. "I have a rescue dog myself, and she was abused before I got her. To me, dog is God spelled backwards. Dogs are angels. I think it's sickening that people would even think about hurting an animal."

So Izzy had been hit by a car and had buckshot all over her body, but there was one more discovery about to be made. Izzy was also pregnant.

"The vet tech came out and said: So, we don't just have a puppy, we have puppies! Do you want to guess how many? I said: Three or four? She said: Nine! I said: Nine puppies...that's crazy," said Bauer. "She's really come alive since the first time that I met her. I think the puppies really brought out the puppy in her. She manages pretty well, but I know that she's in discomfort every day, especially if she tries to go up or down steps or even just to run around with her puppies, she won't put weight on that leg. I just want her to have the best life, that's why I brought her home with me, I just want her to have a good life."

To assist Sarah with the vet bills of over $4,000, and to help her feed the nine new family members, you can go to the GoFundMe page that was created.

It certainly sounds like Izzy could not have landed in a better home than the one she shares with Sarah Bauer.

From Your Site Articles
Related Articles Around the Web
animals
popular