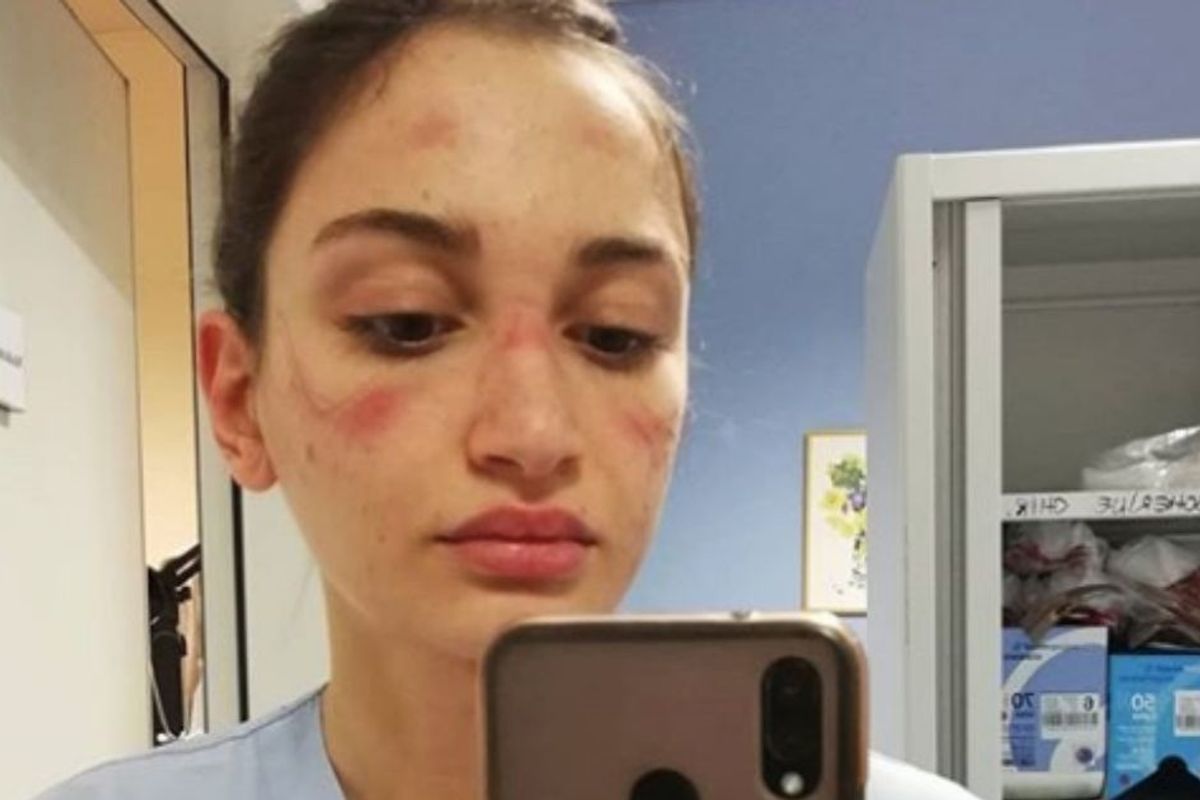 As the world faces a global pandemic, there are millions of people we all should be thanking—the doctors, nurses, and other medical personnel who are on the front line of the war against COVID-19.

While many of us are trying to figure out how to stay away from people as much as possible to avoid illness, these folks are gearing up for battle and running into the fire. People who work in clinics, hospitals, and care facilities are the courageous heroes of this worldwide story, knowingly putting themselves at risk to save lives.

In China, it was a young physician—an opthamologist named Li Wenliang—who first sounded the alarm in Wuhan about the virus. He was also among the first wave of people to die from it. Liu Zhiming, a neurosurgeon who was the director of Wuhan's Wuchang Hospital and who led its coronavirus response, also succumbed to the virus. Doctors there have worked tirelessly to treat an outbreak of an illness that none of them had seen before, some dying of fatigue and exhaustion as well as the infection.

Doctors in current outbreak epicenters, such as northern Italy, are working round the clock as hospitals are overwhelmed with critically ill patients. In some places, they are having to choose which patients they will treat with the equipment they have, and which will be left to perish—a horrifying position to be put in, but reality when there are more patients than respirators.

Iran has announced that the country will designate medical staff who have died from COVID-19 as "martyrs," giving them the same honor as slain soldiers.

Nurses, who rarely get the recognition they should for the vital work they do already, are also making sacrifices above and beyond the call of duty. A nurse named Alessia Bonari from Tuscany, Italy shared a selfie on Instagram that illustrated what doctors and nurses are going through in a country where more than 10,000 people have been diagnosed and more than 800 have died of the virus.

Her face chafed from the protective mask she's been wearing, Bonari shared her feelings of fear, exhaustion, and determination as she and her colleagues wage war with the outbreak:

"I am afraid because the mask might not stick properly to the face, or I might have accidentally touched myself with dirty gloves, or maybe the lenses don't cover my eyes fully and something slipped by.

I am physically tired because the protective devices hurt, the lab coat makes me sweat and once I'm dressed I can no longer go to the bathroom or drink for six hours.

I am psychologically tired, as are all my colleagues who have been in the same condition for weeks, but this will not prevent us from doing our job as we have always done. I will continue to take care of my patients because I am proud and in love with my job.

What I ask anyone who is reading this post is not to frustrate the effort we are making, to be selfless, to stay at home and thus protect those who are most fragile."

We're just beginning to see the strain this virus will place on health workers here in the U.S. In Kirkland, WA, EvergreenHealth hospital went from no coronavirus cases two weeks ago to being swarmed by more than 40 suspected or confirmed cases of the virus in one night.

The New York Times described the sobering reality in the Washington hospital:

"Caregivers who had been sent home into quarantine had to be called back to work to face the overwhelming task at hand. Engineers spent late nights scrambling to overhaul rooms so that contaminated air could not escape. Sanitation and janitorial crews struggled to swab down rooms where even a trace of the virus could infect the next patient. Supplies were so strained that nurses turned to menstrual pads to buttress the padding in their helmets."

And yet, manager of trauma services Barb Jensen told the Times that they've not had any issues with staff not wanting to come in to work. "We've had staff calling and say, 'If you need me, I'm available.'"

Just as we praise soldiers, firefighters, and police officers for running toward danger, we should praise everyone working in medicine right now for what they are doing—or what they may soon have to do. They are the ones who have to face this threat head-on, being exposed far more than any of the rest of us, and saving those of us who fall critically ill from it.

Thank you, doctors, nurses, and other medical personnel who are on the front lines of this pandemic. You are heroes daily anyway, but you deserve an extra dose of appreciation as we battle this new enemy.