News out of SeaWorld shows just how big of an impact 'Blackfish' has had. 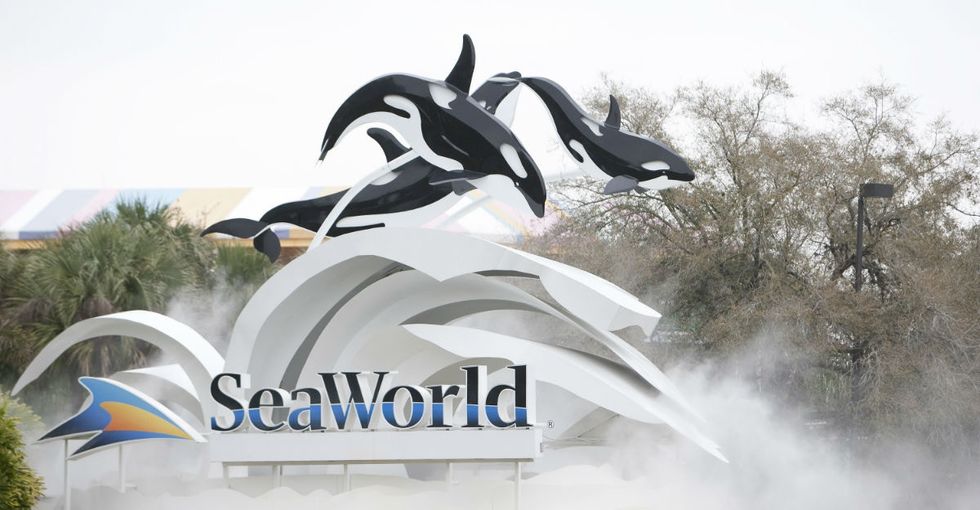 In 2013, documentary "Blackfish" was released. And SeaWorld — or, more specifically, our perceptions of SeaWorld — changed forever.

The film explored the life of Tilikum, an orca (killer whale) living at SeaWorld Orlando that's been involved in three separate human deaths — in 1991, 1999, and 2010. While the knee-jerk reaction may be to cast blame on an unruly, dangerous orca, just the opposite is true: It was Tilikum's years in captivity that resulted in his hostility.

Tilikum, splashing around in captivity, in 2011. Photo by Gerardo Mora/Getty Images.

Orcas are not naturally aggressive to humans. But living in captivity can significantly reduce an orca's life span, affect its health, and inflict a great deal of stress, which likely contributed to Tilikum's aggressive outbursts, animal rights activists have argued.

For the record, SeaWorld has maintained that "Blackfish" "paints a distorted picture" of orcas in its care and argued that many key facts about its parks' conservation and rehabilitation efforts were left out of the film. But the facts spoke for themselves — and people weren't pleased.

In the months following the release of "Blackfish," SeaWorld's profits dropped a whopping 84%.

The company cited “continued brand challenges” as the reason for its major dip in park attendance, The Guardian reported. (That's code for "the truth about our orca program is reaching far and wide.")

Fortunately, out of the goodness of its heart (and its plummeting sales), SeaWorld has been changing its ways.

For the first time, a new SeaWorld park is opening without any killer whales in it. Instead, the park will rely on other innovative attractions to bring in visitors.

The park, set to open its doors in Abu Dhabi in 2022, will have a marine life research and rehabilitation center (a first in the United Arab Emirates) — but no orca breeding program or controversial killer whale shows, CNN reported.

Although specifics have yet to be announced, the park will focus on different (less harmful) thrills for guests.

It's not the first bit of good news out of SeaWorld for animal activists this year. In March 2016, the company announced it's phasing out its orca breeding programs and killer whale shows for good (although many of its orcas are young, so they will still be kept in captivity for years to come).

The new orca-free SeaWorld is a great reminder that we especially need right now: to use your voice (and wallet) to make a difference.

A controversial new president-elect is sending shock waves around the globe. War-torn Syria is grappling with unconscionable human tragedy. Native Americans have to protest Big Oil in historic numbers in order for the world to pay even the slightest bit of attention. These problems seem too big to fathom for many of us.

"Blackfish" persuading people to spend their vacation dollars somewhere other than SeaWorld these past few years proves that one thing is always true: Real change is possible.

Funds have poured into causes most at-risk during a Trump presidency. Rallies around the world are demanding we don't look away from the atrocities in Aleppo. And, just this month, the Standing Rock Sioux won a resounding victory in stopping a destructive pipeline from ruining its sacred lands (although the work there is far from over).

It's a good lesson to remember in 2017: Stepping up and speaking out does make an impact.