A stadium of people launched into an incredible, spontaneous 'Bohemian Rhapsody' sing-along 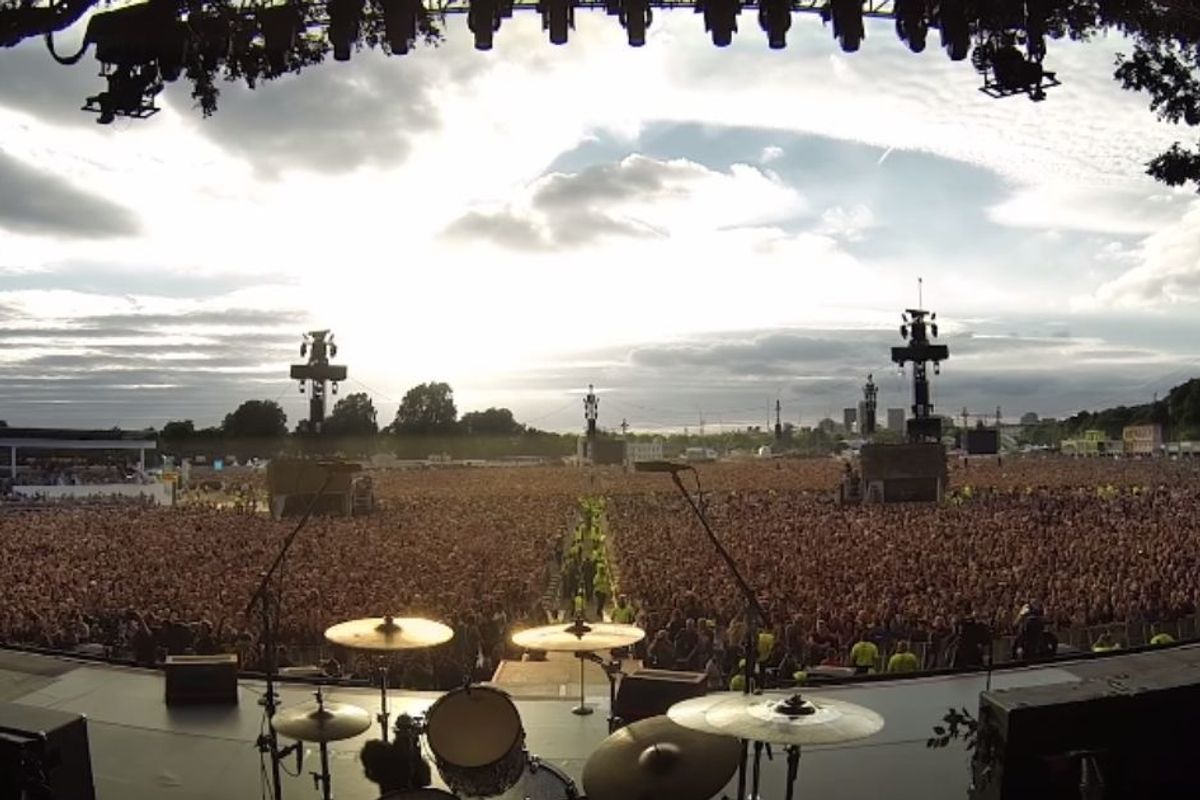 When polarization starts to feel like a defining characteristic of humanity, sometimes we need a reminder that people really are capable of coming together as one.

Watching a stadium full of Green Day concertgoers bust out their best "Bohemian Rhapsody" when it came over the loudspeakers is just such a reminder.

As the person who uploaded the concert footage to Reddit noted: "For almost 6 minutes, the equivalent of a small city sang, with one voice, the beautiful song of a man who has been dead for decades. If you can do this, you're not just a famous person, you're a legend."

What could be more palette-cleansing than hearing thousands of people breaking into song together for an entire six minutes? What's more unifying than a piece of music being so beloved and well-known that a whole stadium knows every note and word and sings it in unison with all their heart?

As one commenter on Reddit wrote, "Ever notice how one crowd singing together always sound the same as other crowds, as in has the same tambre [sic] and sound quality? It's like the recognizable and familiar voice of humanity. Regardless of how different the people in the crowd are, the crowd always sounds the same. I think the idea that we are listening to humanity's voice when hearing a crowd sing is a beautiful concept."

Listen to the voice of humanity. It's truly a beautiful thing.

From Your Site Articles
Related Articles Around the Web
freddie mercury