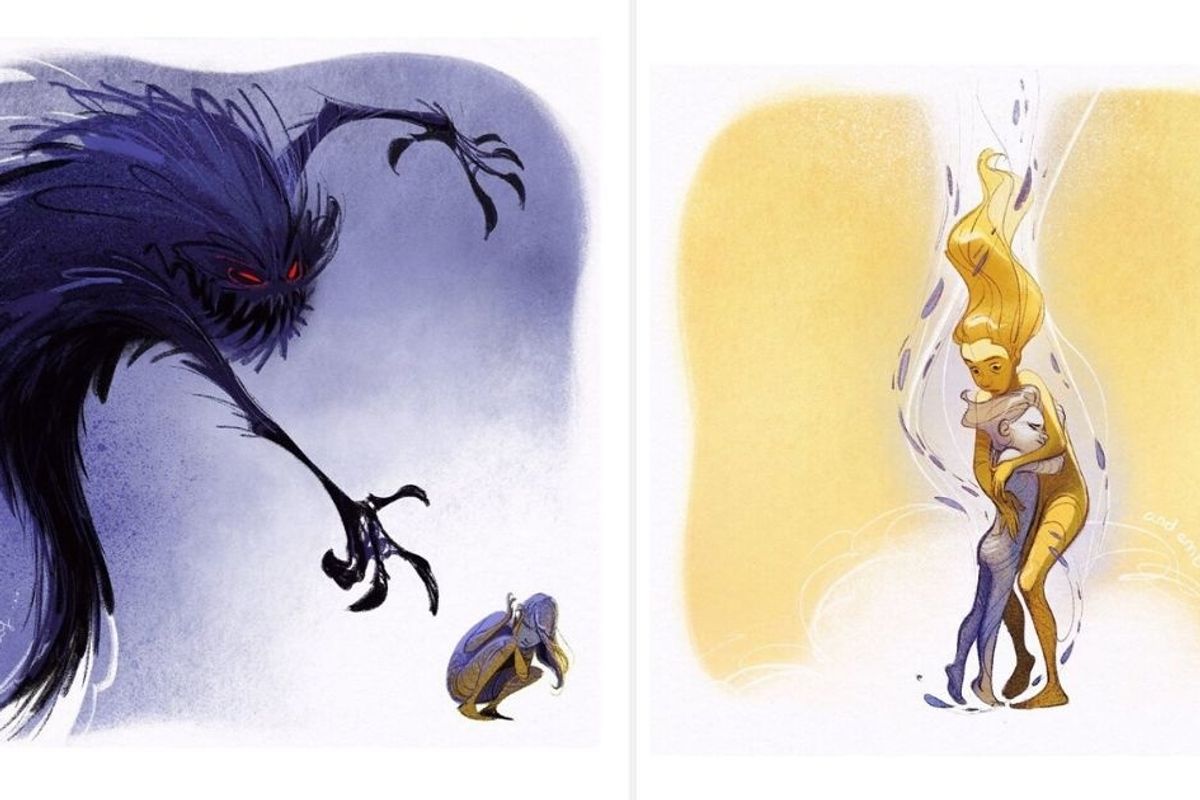 Fear is a finicky beast.

When my oldest daughter was in the deepest throes of a clinical phobia, her fear overtook everything. She practically became a hermit at 16, afraid to go anywhere. Thankfully, we found an excellent therapist who taught her how to tame her fear, to gently manage it, to approach it in such a way that allowed it to dissipate instead of continuing to dominate her every thought.

People who struggle with anxiety or fear, whether it stems from trauma or wonky brain wiring, understand how overwhelming it can be. Fear and anxiety can feel incapacitating at times, making you want to run far away or curl into the tiniest ball and disappear. But neither of those things actually helps. In fact, the first thing my daughter's therapist told her is that avoidance always make anxiety worse.

Instead, she taught my daughter to approach that fearful voice in her head. After all, that voice was hers, and it desperately wanted to be heard and understood. Ignoring it, avoiding it, trying to distract it way simply made it yell louder. "Maybe you're right," she would say to that voice, even though it terrified her to do so. "Maybe you're right, and maybe you're wrong. Let's just wait and see what happens"—that became her mantra to her own brain, and as counterintuitive as it seemed, it worked.

I could explain the science of the amygdala—the fight-or-flight center of the brain that acts on instinct—and why the "Maybe you're right" approach helped retrain it not to overreact. But an artist has created a visual series that describes it in different terms that may resonate more with people who have experienced embracing fear.

Cécile Carre posted her series of paintings about fear on Facebook and they've been shared more than 12,000 times. As with any art, interpretations will naturally vary, but judging from the comments, people dealing with anxiety, fear, or unhealed trauma may find some truth in it.

The first image shows a girl curled in a fetal position with her back to a big, scary monster bearing down on her, with a word painted beneath it.

As the girl turns and faces the monster, it immediately looks less scary. Still big, still towering over her, but not terrifying.

As the girl walks toward the monster, she starts looking bigger. The monster transforms into a mirror image of herself, the terror of it literally melting away.

And then it becomes a child looking for comfort rushing into her arms. Even its color begins to blend with her own.

And then a baby, purely in need of nurturing, wrapped lovingly in her arms.

And then...nothing. Just a simple, calm little diamond where the girl was.

"...until it disappears completely..."

The work of turning toward what you fear is not simple or easy, and it may take therapy, medication, or other methods to treat mental illness effectively. But this series of paintings shows what many experience when they stop avoiding and start approaching the roaring voice that tells them to be afraid. Though it's thoroughly terrifying to make that initial turn—I saw it in my own daughter, and it took a lot of effort—seeing the beast shrink down and eventually disappear is an incredible gift.

Thank you, Cécile Carre, for illustrating that so beautifully. You can order her prints here.

From Your Site Articles
Related Articles Around the Web
fear