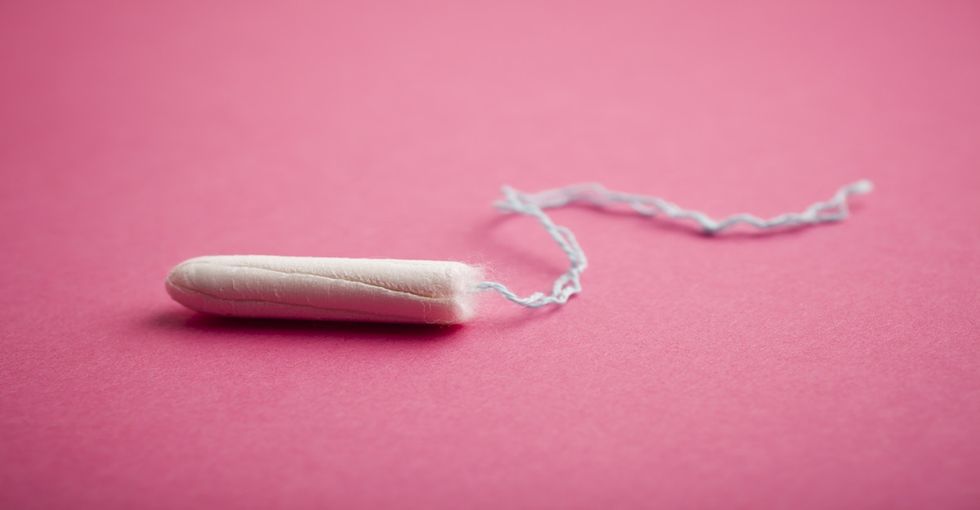 The party was a house party.

One of those parties people throw if they're renting a good-sized house in college. You know the type — loud music, Solo cups of beer, and somebody doing something drunk and stupid before the end of the night.

At some point, my friend had occasion to use the bathroom. When he went into the bathroom, he was disgusted to see that the hostess had left a basket of menstrual hygiene products on the counter for guests to use if needed.

Later, when my friend told me about it, he wrinkled his nose and said, “Why would she do that? Guys don't want to see that!"

When I suggested that she was just making them available in case someone needed them, he insisted they could be left in the cabinet or under the counter. Out of sight, anyway.

I wish I'd had, at the time, the ability to articulate what I can now.

To me, this situation is, while relatively benign, a perfect example of male privilege.

A man walks into the bathroom and sees a reminder that people have periods. And he's disgusted. He wants that evidence hidden away because it offends his senses. How dare the hostess so blatantly present tampons and pads where a man might see them? There's no reason for that!

Someone who gets a period walks into the bathroom and sees that the hostess is being extra considerate. They get it. They know what it's like to have a period start unexpectedly. The feeling of horror because they're probably wearing something they don't want ruined — it is a party after all. The sick embarrassment because someone might notice, especially if they're wearing light-colored clothes, or worse, they sat on the hostess' white couch.

The self-conscious, semi-nauseated feeling of trying to get through a social event after you've exhausted every avenue to get your hands on an emergency pad or tampon, and you're just hoping to God that if you tie your jacket around your waist (you brought one, right?), keep your back to a wall, clench your butt cheeks, squeeze your thighs tightly together, and don't ... move ... at ... all — you might get through the evening, bow out gracefully, and find an all-night convenience store with a public restroom.

Or maybe they came to the party during their period, but didn't bargain for the flow to suddenly get that heavy. Or they desperately need a tampon, but their purse or bag is in a room where a couple is not to be disturbed. Maybe they don't know the hostess well enough to ask if they can use one. Or they don't know anyone at the party well enough to ask. Or they figure they can make do with some wadded up toilet paper or something.

Whatever the case, they walk into the bathroom and hear the hostess saying, “Hey, I know what it's like, and just in case, I've got your back." They see someone saving them from what could be a minor annoyance or a major embarrassment.

The hostess gets it.

The person who just walked into the bathroom? They're either going to see that the person throwing the party is super considerate or they're going to be whispering "thanks to Jesus, Krishna, and whoever else is listening" because that is a basket full of social saviors.

But to the guy who wrinkled his nose, it's still offensive that those terrible little things are on the counter, reminding his delicate sensibilities that the playground part of a person is occasionally unavailable due to a "gross" bodily function that he should never have to think about.

In the grand scheme of things, it's a tiny thing. It's a tiny annoyance for the man and a more significant, but relatively tiny, courtesy for the person with their period. After all these years, my friend has probably forgotten, but I never have. As a person whose life is partially governed by a fickle uterus that can ruin an evening faster than a submerged iPhone, his story has stuck with me.

How can you be so offended by a small gesture that has zero effect on you, but could make such an enormous difference to the person who needs it?

It occurs to me now that this is a small but effective illustration of how different people can see the world.

It's part of the same thought process that measures a woman's value through her bra size and her willingness to have sex with him — that everything about us is displayed or hidden based on how men perceive them or what he wants to get from us. Unattractive women should be as covered as possible, while attractive ones shouldn't be hiding their assets from male eyes (or hands, or anything else he wishes to use).

A woman who isn't smiling is an affront to him because it detracts from her prettiness, despite the fact that there might be a legitimate reason for her not to smile (or more to the point, there isn't a legitimate reason for her to smile). Her emotional state is irrelevant because she's not being pretty. It's the line of thinking where a man blames anything other than cheerful sexual consent on the woman being a bitch, being a lesbian, or — naturally — being on her period. Everything we do, from our facial expressions to our use of hygiene products, is filtered through the lens of “how it looks to a man."

It's the line of thinking where a small gesture from one person to another, an assurance that someone else understands and will help without question or judgment, a gesture that could save a person's evening from being ruined is trumped by a man's desire to see an untainted landscape of pretty, smiling women with visible cleavage and bodies that never bleed.

And people wonder why we still need feminism.