This incredible time-lapse shows us one homeless veteran's transformation.

One day of dignity can make all the difference. 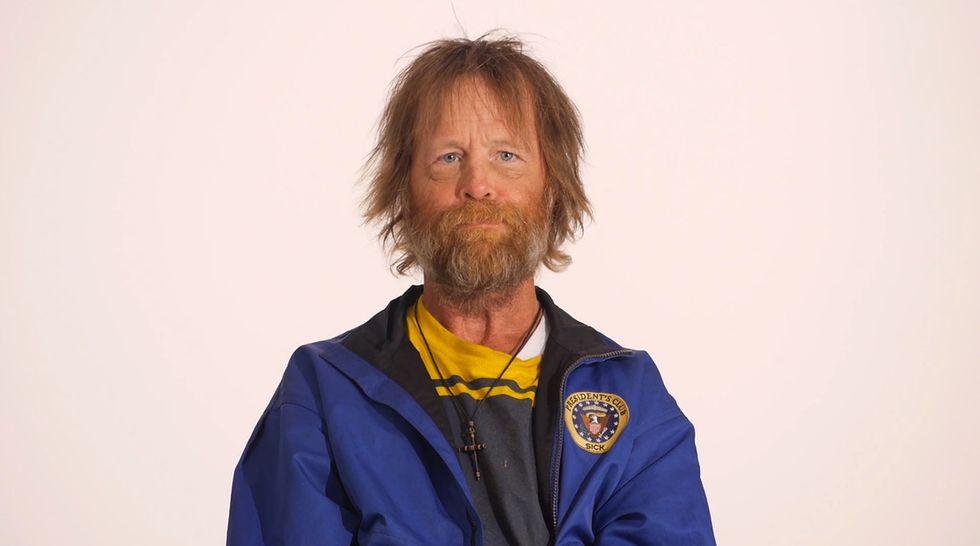 The power of a physical transformation is that it allows others to see you in a completely different way.

It sure helped homeless veteran Jim Wolf see himself in a brand-new light.

And it helped others see him not as he once was — a former soldier who had struggled for decades with alcoholism, drug abuse, and homelessness — but as a man full of potential, worthy of love, in need of help.

Like Jim, there are almost 50,000 homeless veterans in America. Reducing that number has been tough.

Superficial changes or quick fixes don't do a good job at helping. A lack of resources and opportunities don't help either — but that's the situation too many of our veterans are facing.

The beginning of a solution is in veteran hotlines.

One hotline exists for homeless or at-risk vets: (877) 4AID-VET.

And another, the Veterans Crisis Line, is a hotline where veterans in need can call and always get a live person who's ready to help: (800) 273-8255.

Hotlines are a small but necessary step toward providing genuine help to our veterans.

This time-lapse video shows the power of finding someone who cares — someone who will lift you up when you're down.

Every veteran deserves the same chance — the chance to be seen as the heroes they are, even if they need a little rescuing themselves.

After this video was filmed, Jim celebrated over 210 days sober. As of May 2014, he had graduated from rehab and was living on his own, paying his own bills. Powerful stuff.

Watch this magical time-lapse and see a heroic man down on his luck and lost without options be given a tiny chance ... a chance that has made all the difference in his life.