Teachers are doing one of society's most valuable jobs, but we sure don't treat them that way. 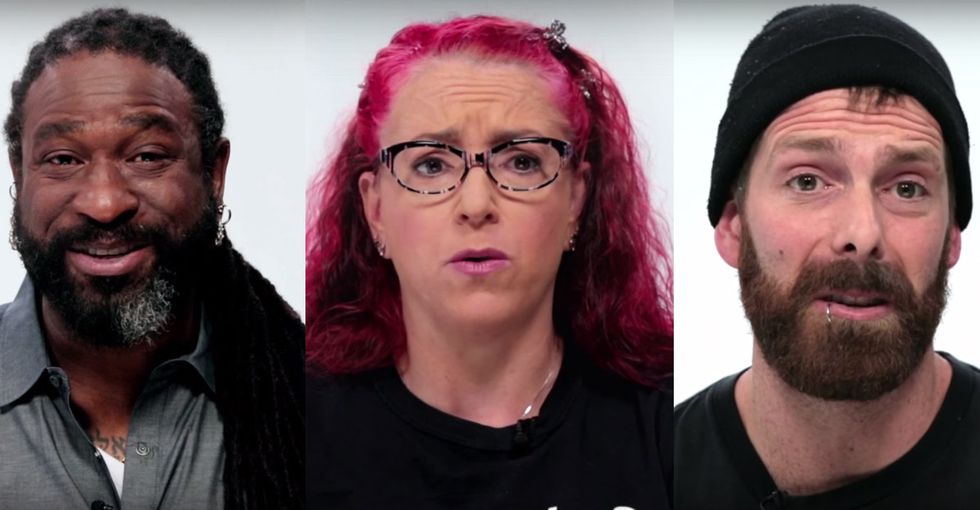 All kids need an education.

It's a basic fact: If we want to live in a developed society that keeps moving in the right direction, our kids need to be able to read, write, and think for themselves.

Even folks without kids can probably agree that educating future generations benefits us all.

"The reason I pay taxes for schools even though I don't have a kid in school is that I am better off in a well-educated world."

To ensure kids get a good education, well, we need good teachers. The problem is that they're disappearing.

Yep, that's right. Across the U.S., many states are reporting a teacher shortage.

The New York Times explored the nationwide problem in a recent article, noting that "Louisville, Ky.; Nashville; Oklahoma City; and Providence, R.I., are among the large urban school districts having trouble finding teachers."

Even more striking was the shortage in California, where school districts need to fill 21,500 vacancies this academic year. Meanwhile, the state is issuing only about 15,000 new teaching credentials each year.

At the root of the problem, the Times reports, are the massive layoffs that happened during the economic recession. Those left a whole bunch of teachers unemployed. And now that some states have more money for education (some — not all), many of them have already moved on to other careers.

Plus, many of the students who might have become teachers during the recession chose other fields. You can't blame them: Why take on student loan debt in exchange for low pay and long hours? That's assuming there would even be a teaching job available upon graduation.

Research and numbers are one thing. But what about the actual people who know the most about why we're facing a teacher shortage?

AJ+ asked those in the know: "Where have all the teachers gone?"

In a great video that you can scroll down to to watch, they took their question straight to teachers.

Max Von Euw got right to the point with the cold, hard truth:

And it's not only about the money — it's the low pay combined with ever-increasing demands.

But why do we treat the field of teaching as though it's less important than other professions?

And how about the way people treat teachers?

What if we did what Charles suggests and totally reframe how we view teachers?

Hayes felt that the most frustrating thing for teachers is the amount of testing their students are put through.

" We are testing children to death and we are testing teachers to death. 20 years ago, we might have spent as much as two weeks testing. Today, in 2015, the average number of weeks a child spends taking tests can be up to six weeks."

(I think I can hear most parents shouting "amen" to that sentiment.)

"Why don't we look at a way to create a more holistic education, which includes social, emotional content and curriculum?" he asked.

Here's the thing we need to remember: Almost all teachers who stay in the profession love what they do.

And what they want to do is educate our kids, even when they're facing an uphill battle. Stephen Leeper, a middle-school ethnic studies teacher, explained: "It is difficult, especially when you teach in communities of color or low-income communities. They bring a lot of trauma into the room."

Teachers aren't just dealing with lesson planning and test preparation. They're working with kids who may not know where their next meal is coming from or even where they'll be sleeping that night.

It all boils down to something pretty basic:

We should value teachers more.

You can watch the full video here, which I highly recommend.

Election Day is a special occasion where Americans of all walks of life come together to collectively make important decisions about the country's future. Although we do it together as a community, it's usually a pretty formal affair.

People tend to stand quietly in line, clutching their voter guides. Politics can be a touchy subject, so most usually stand in line like they're waiting to have their number called at the DMV.

However, a group of voters in Philadelphia, Pennsylvania received a lot of love on social media on Sunday for bringing a newfound sense of joy to the voting process.

Ah, the awkward joy of school picture day. Most of us had to endure the unnatural positioning, the bright light shining in our face, and the oddly ethereal backgrounds that mark the annual ritual. Some of us even have painfully humorous memories to go along with our photos.

While entertaining school picture day stories are common, one mom's tale of her daughter's not-picture-perfect school photo is winning people's hearts for a funny—but also inspiring—reason.

Jenny Albers of A Beautifully Burdened Life shared a photo of her daughter on her Facebook page, which shows her looking just off camera with a very serious look on her face. No smile. Not even a twinkle in her eye. Her teacher was apologetic and reassured Albers that she could retake the photo, but Albers took one look and said no way.

People are confused whether this audio clip says 'green needle,' 'brainstorm' or both

Vote with your dollar: 8 products that help combat climate change