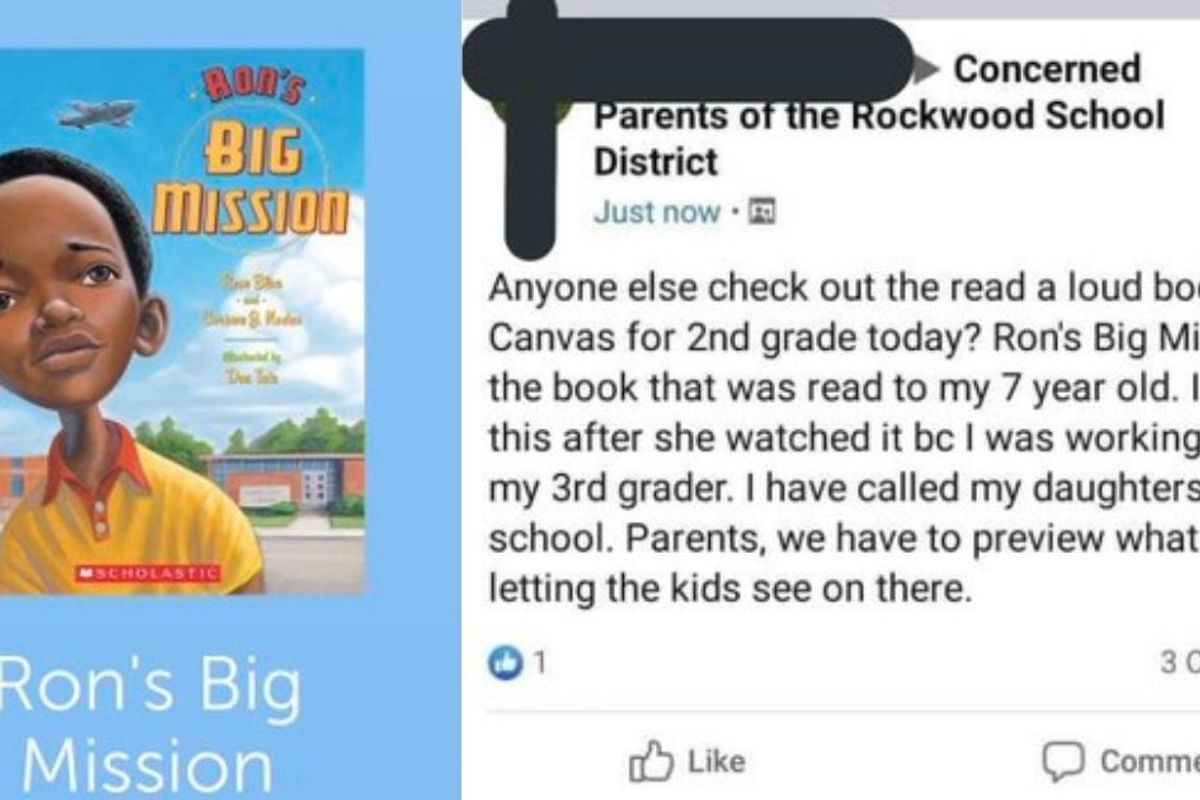 Seriously, what issue could this parent possibly take with such an inspiring story of a kid standing up to injustice and fighting for the right to educate himself? This was a child who single-handedly changed a library's racial segregation policy and grew up to be an astronaut—a genuine, real-life hero. What is there to take issue with? The parent didn't specify, so we're left to conjecture, but if there's any other possible reason than racism, I can't think of one.

Rockwood Education Equity and Diversity Director Brittany Hogan told KMOX News Radio that after hearing of the complaint, other parents responded immediately in the book's defense.

"They were saying this is amazing that they were buying copies of the book," Hogan said. "One of our parents came out and said she was going to purchase a copy for every second-grader at the elementary school that her children attends."

Hogan called McNair a hero and said, "He deserves to be celebrated. His story deserves to be told to our children. It's important that we continue to move in a space that embeds diverse curriculum."

And the school responded in the best possible way—by announcing the book was going to be read aloud to the whole student body via Zoom. That's how you shut down a bigot. Boom.

Here's Pond Elementary Principal Carlos Diaz-Granados reading "Ron's Big Mission" to students via Zoom and sharing why he thinks it's an important book for kids:

From Your Site Articles
Related Articles Around the Web
education
popular