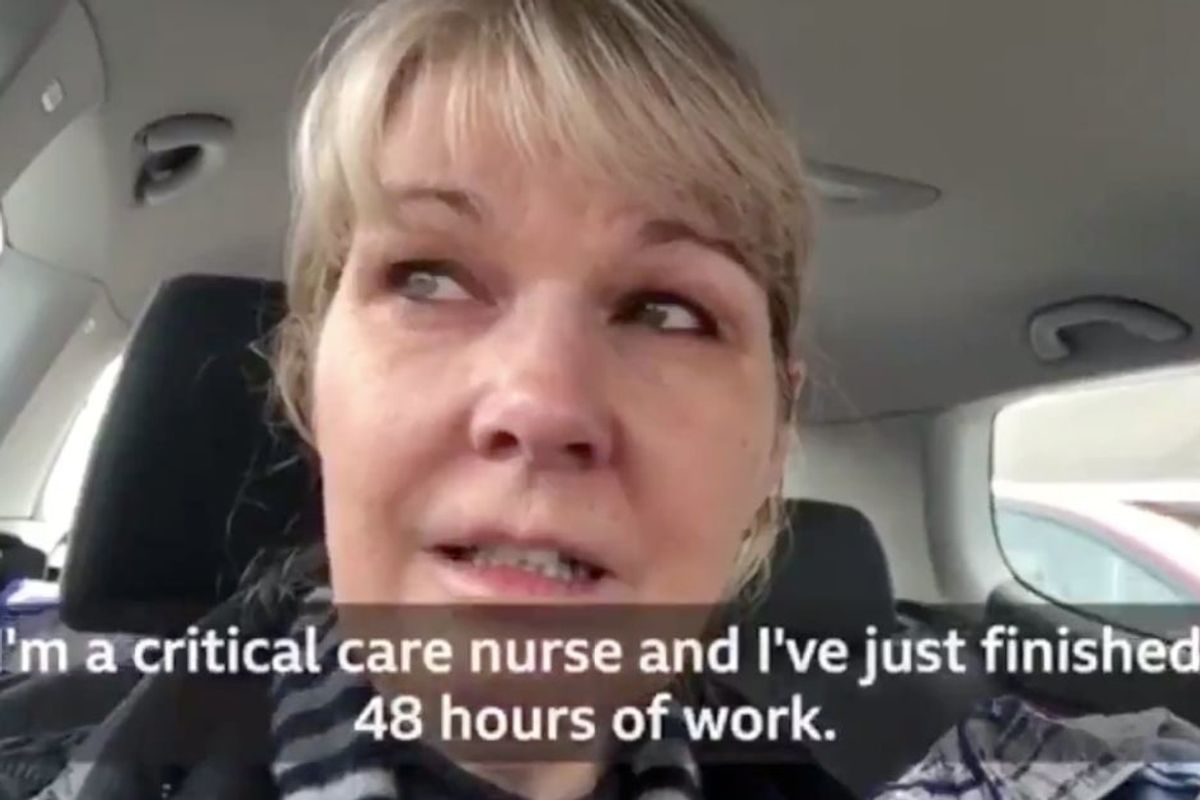 By now we've all seen reports of empty shelves at grocery stores as a result of people stocking up on food. For some, such stocking has been prudent preparation for hunkering down at home during this pandemic. For others, it's been panic-hoarding of everything they can get their hands on.

Despite public pleas for people to stop clearing out groceries, people keep doing it. And it's hurting those who are on the front line of this crisis—the people who have been so busy making life-saving preparations in hospitals and clinics that they can't "stock up"—our healthcare heroes.

A critical care nurse named Dawn, from the U.K., posted a tearful message online to ask people to stop and think about who may be impacted by their actions.

"So I've just come out of the supermarket," she said. "There's no fruit and veg."

"I had a little cry in there," she continued. She said she'd just come off of a 48-hour shift and wanted to pick up some food to get her through the next 48 hours before she returned to the hospital.

"There's no fruit. There's no vegetables. I don't know how I'm supposed to stay healthy...people are just stripping the shelves of basic foods. You just need to stop it, because it's people like me who are going to be looking after you when you're at your lowest"

Dawn is clearly exhausted and emotional, which is perfectly understandable. Working a 48-hour shift under the best of circumstances is difficult, but as a healthcare worker during a pandemic crisis, it's almost unfathomable. To then be greeted with empty shelves when you go to buy basic groceries? Overwhelming.

Critical care nurse Dawn has pleaded for the public to "stop it" after being faced with empty supermarket shelves f… https://t.co/jeFNF1cHt1
— BBC Yorkshire (@BBC Yorkshire)1584637965.0

BBC Yorkshire shared an update that the nurse had been overwhelmed by people's kindness in response to her video and that she now had food and was doing fine. But stockpiling continues to strain stores, putting people on edge. So what can be done?

Aside from governments and public health officials telling people to buy responsibly, many supermarkets are starting to place limits on the number of any one item people are allowed to purchase. Rationing food, which just over a week ago seemed like a wartime remnant of a bygone era, appears to be the wisest course of action right now as we make our way through the uncertain weeks ahead.

If we all shop reasonably—buying a bit more so we don't have to go to the store as often but not hoarding—we can makes sure everyone gets what they need, especially our healthcare warriors on the front line.