Men and women are different, but not because of what's inside our brains. A new study explains why. 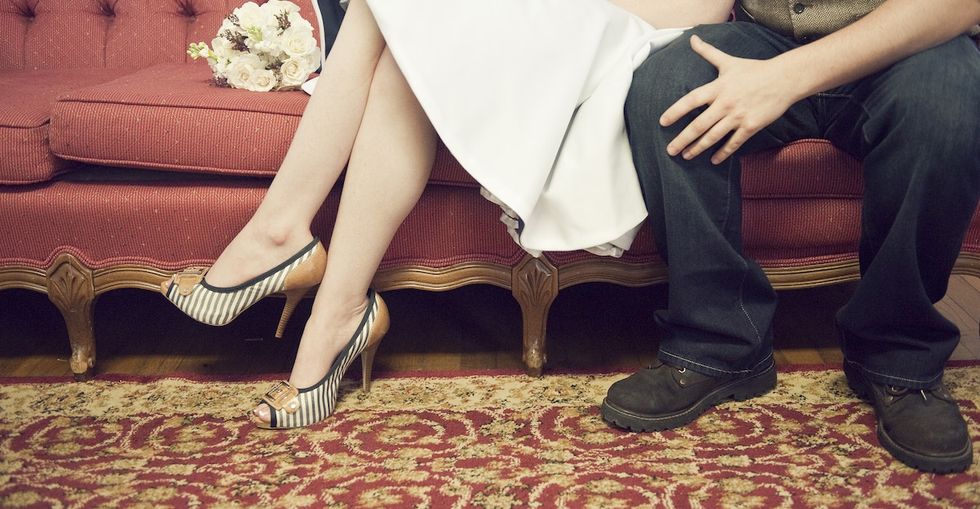 Have you ever heard that women are "hardwired" to have better memories? Or that men are "naturally" better at navigating?

Sure, they're just stereotypes, but they're coming from somewhere. And for a long time we've been led to believe that men's and women's brains are fundamentally different, so why couldn't blanket statements like these hold some truth?

Neuroscientist Gina Rippon, a professor at Aston University and noted speaker on the subject of sex differences, offered a different idea in 2014. She believes these patterns are acquired through environmental factors — a woman could become great at multitasking because society expects her to be better at it, for example — not because of any innate wiring in her brain.

Now, a new study says she might be right.

A team led by researchers at Tel Aviv University in Israel recently concluded that there is no consistent difference between male and female brains.

The team, led by behavioral neuroscientist Daphna Joel, analyzed the MRI scans of 1,400 individuals, mapping things like gray matter (gooey stuff that handles sensation, emotion ... pretty much everything), white matter (the gooey stuff that carries messages between areas of gray matter), and a host of personality traits along the way.

What did they find? That it's pretty dang rare for a given brain to demonstrate only male or female characteristics.

So next time someone says to you, "Women's brains do this" or "Men's brains behave like this," feel free to call B.S.

The plain truth is that our brains flat out can't be separated into two distinct gender categories.

Our brains, the researchers say, are more like "mosaics" — wonderful mixtures of the traits we usually associate with men or women.

That's not to say the study found no differences between the brains of men and women, but rather that a brain consisting of almost all male or female features was pretty uncommon, and that it'd be really tough to tell if a person were biologically male or female just by looking at their brain.

It's a great reminder that gendering activities and behaviors is a bunch of bunk. Video games aren't just for boys. Shopping isn't just for girls.

If you're not looking at an individual person holistically for the things that make them them, you're doing it wrong.

Better yet, The Washington Post writes that these findings are "a step towards validating the experiences of those who live outside the gender binary."

It's just more evidence to support the idea that the biological "parts" you're born with don't really tell us much about who you are.

Turns out that what's inside is much more fluid and malleable than we ever imagined.