It Was Fourth Of July, So She Wore A Tight Red, White, And Blue Dress. Then Came The Comments.

If you've ever felt anger or fear in an encounter involving bullying, catcalling, or just plain ol' meanies ... Laverne Cox (“Orange Is the New Black") has some riveting advice for how to rise above. 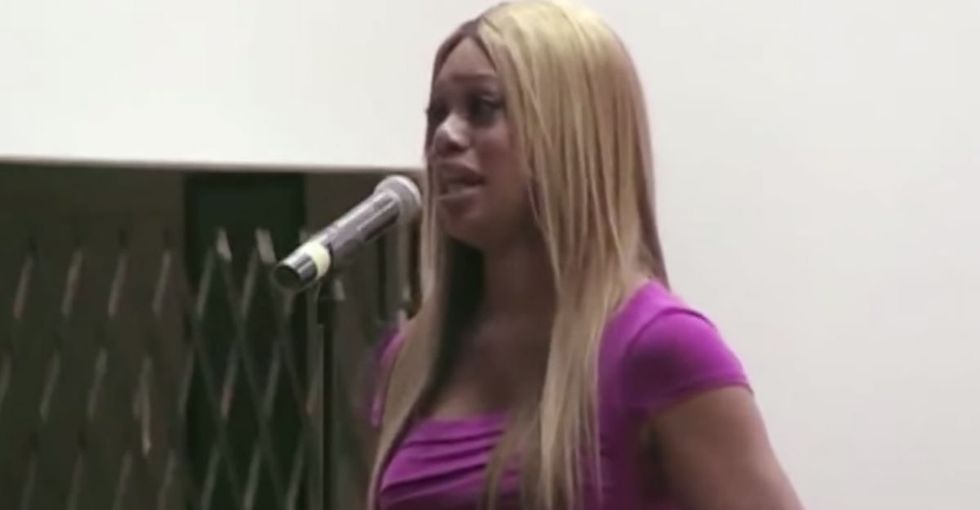 1. Recognize the absurdity of the bully's words.

Laverne Cox threw on a red, white, and blue dress one Fourth of July ... and soon encountered two guys on the street who started catcalling her...

2. Take a moment to consider that bullying is a serious offense. And a dangerous one.

"There is a link between the bullying that we inflict on an LGBTQ youth and the violence that so many trans women experience."

But what comes next is next-level.

3. Acknowledge the trauma that *likely* led the bully to this place.

YES. This was a leap for me personally, but once I made it across the "Sea of Incredulity and Doubting" and onto "Compassion and Curiosity Island" (#metaphors), there was no. going. back.

"And I believe that a lot of black folks feel that there's this historic emasculation that has been happening in white supremacy of black male bodies."

"I have love. I have so much love for my black brothers and sisters, who might call me out on the street because I get it. I understand. They're in pain."

5. Be revolutionary ... and promote LOVE.

"We hear the gay slurs, the anti-gay slurs, and it's really about these kids not conforming to the sex that they were assigned at birth. Their gender expression is not meeting the expectations of society."

So what do we do?

For more wisdom and emotions and realness, press play and listen to Laverne.