In 2015, Tom Petty opened up about one of his career regrets: the Confederate flag.

'When they wave that flag, they aren't stopping to think how it looks to a black person.' 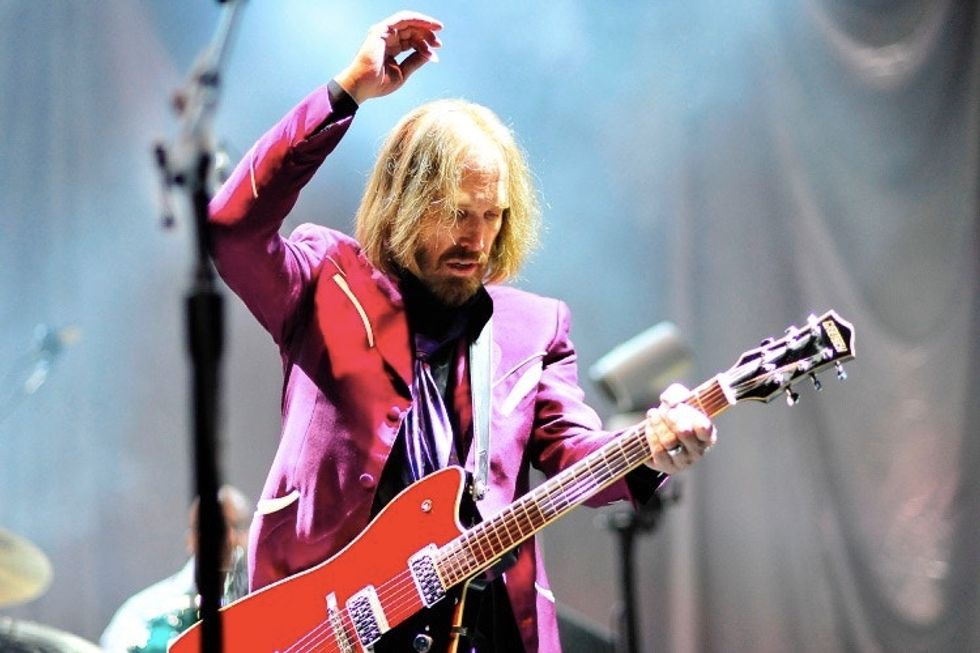 Legendary musician Tom Petty passed away Monday, Oct. 2, 2017 at age 66. During his more than 40 years making music, Petty won three Grammys, earned a star on the Hollywood Walk of Fame, and was inducted into the Rock and Roll Hall of Fame. He was a true icon who helped shape the future of rock and roll.

There's no shortage of positive stories and playful anecdotes about the singer being shared in the wake of his death, but there's one story in particular that stands out for its humanity as well as its connection to current events.

That story, of course, is about the time Tom Petty expressed regret for his early-career use of Confederate flag imagery.

Originally from Gainesville, Florida, Petty set off to make a concept record about the South — though he later admitted that it lost that "concept" thread along the way. In marketing the record and the tour that followed its release, Petty made use of some pretty heavy Confederate flag imagery.

Petty in a 1986 documentary about the making of "Southern Accents." Image via Richard Schenkman/Vimeo.

30 years after the record came out, Petty sat down with Rolling Stone to discuss the Confederate flag, saying he had a few regrets about his relationship to the symbol.

In the interview, which took place hours after South Carolina decided to remove the flag from its statehouse grounds in 2015, Petty showed himself as a man unafraid to admit his mistakes. Describing the flag as "the wallpaper of the South" when he was growing up, Petty explained that in 1985, he hadn't really put a whole lot of thought into what it symbolized.

Two years after he and the band had stopped touring in support of that specific record, Petty noticed more and more fans at his shows were showing up decked out in Confederate memorabilia.

"One night, someone threw [a Confederate flag] onstage," he recalled. "I stopped everything and gave a speech about it. I said, 'Look, this was to illustrate a character. This is not who we are. Having gone through this, I would prefer it if no one would ever bring a Confederate flag to our shows again because this isn't who we are.'"

Petty's moment of self-reflection is a lesson for us all.

Recognizing our mistakes, and correcting for them is one of the most important things we can do as human beings. It's how we grow as people and as a society.

Petty noted that he did find it kind of bizarre that the U.S. seems to be one of the only places where citizens continue to fly the flag of an unrecognized "country" that went to war here and lost but that he understands its contemporary use doesn't necessarily stem from a hateful or racist place. Still, he hoped that others would rethink their support for it, like he did.

"But when [people] wave that flag, they aren't stopping to think how it looks to a black person," he wrote. "I blame myself for not doing that. I should have gone around the fence and taken a good look at it. ... It was dumb and it shouldn't have happened. Again, people just need to think about how it looks to a black person. It's just awful. It's like how a swastika looks to a Jewish person. It just shouldn't be on flagpoles."

So thank you, Tom Petty — for the music as well as the powerful lessons about empathy and self-reflection.