Becky Hammon is cracking the NBA's glass ceiling as the first woman to coach an NBA team.

If you don't know who six-time WNBA All-Star Becky Hammon is, you should. 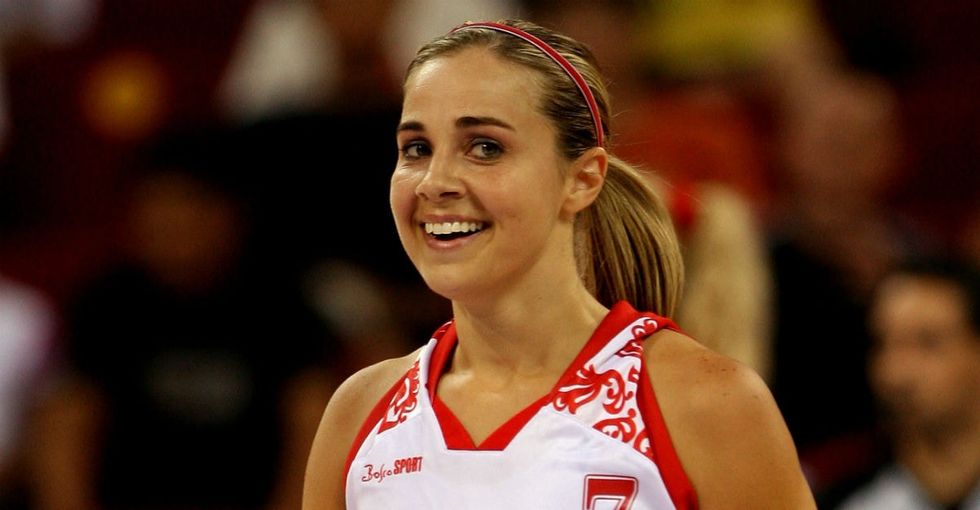 Becky Hammon just did something no other woman has done in NBA history.

Though that doesn't make her a regular season head coach (yet), it's still huge!

In an age where there are still zero — ZERO — female head coaches in America's four major professional sports leagues, you bet that's huge.

In her team's summer debut on July 7, 2015, the Spurs defeated the Philadelphia 76ers 74-71. So if you're someone who thinks a woman can't coach a winning men's basketball team, don't be.

Shattering glass ceilings is nothing new for Hammon.

In August 2014, Hammon — who's a six-time WNBA All-Star by the way — was hired as the league's first full-time female assistant coach for the Spurs.

A true class act, she made sure to praise all the badass women who came before her, too:

“Obviously, this is a big deal. The bigger deal is I feel like there's been greater pioneers to even get to this point. In some ways, it is trailblazing, but there have been so many other women doing really great things, and I'm just following in their path."

Check out Hammon's moves! This is a pic from 2010, when she played for the WNBA's San Antonio Silver Stars. Photo by Christian Petersen/Getty Images.

Measured against its peers, the NBA actually has a fairly good track record when it comes to empowering women.

An annual report by the Institute for Diversity and Ethics in Sport released July 1, 2015, found the NBA leads all major sports leagues in terms of promoting a diverse community.

The report notes that 40% of all professional employees of the NBA league office were women. There are also four female presidents or CEOs overseeing NBA teams — more than any other men's pro sports league.

OK, but settle down, y'all. We can be doing so much better than the status quo.

Women aren't "considered as potential contenders" for NBA head coaching gigs, although there are plenty of qualified candidates, Larissa Faw wrote for Forbes in 2012.

She begged the question: Will we have the first female president before a woman is an NBA head coach?