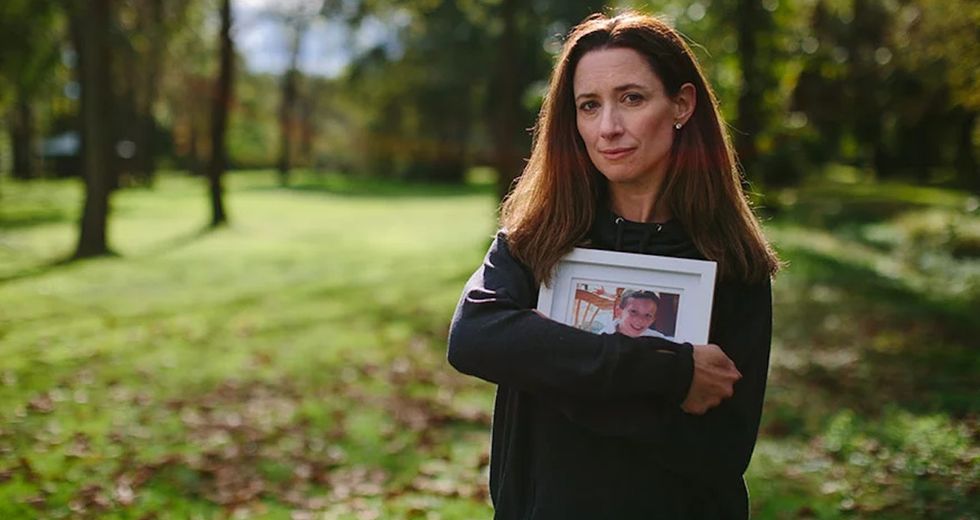 There is no one that Christy Silva loved more than her son Aidan.

"I thought Aidan was one in a million," she says.  "He was very, very compassionate, considerate, just full of love."

The six-year-old, Silva recalls, gave the best hugs in the world. Being his mom is how she'll identify forever. "I feel like that was a responsibility that cannot be taken away from me."

In 2010, Aidan's parents lived through something that no parent should ever have to even imagine. Their son died with no warning.

It was Labor Day Weekend. Aidan had just started first grade. His mother remembers them being in the house together and suddenly noticing that things had gotten strangely quiet — unusual for a home in which a six-year-old is present.

"It just occurred to me that I hadn't heard Aidan in a few minutes," she says. "I looked out in the hallway, and his back was turned to me, he was on his side." Silva reached over to tickle her child, but received no response. Aidan had died. His passing was attributed to Sudden Cardiac Arrest (SCA).

Sudden Cardiac Arrest is a life-threatening condition. It's the third-leading cause of death in The United States.

SCA occurs when the heart suddenly stops beating. According to recent research, more than 350,000 adults die of SCA every year. But SCA can affect anyone regardless of heart history.

Tragically, that means that children and teens who have otherwise been deemed healthy may be at risk as well. In fact, SCA is the number one cause of death among high school athletes.

What's most concerning is that while many can recognize the signs of a stroke or heart attack, they may not know what SCA looks like, nor may they know how to help someone who is experiencing it. They also may not realize that the person in distress only has moments to live once SCA begins. However, proper, timely intervention can increase survival chances significantly.

So Silva has dedicated her life to raising awareness around SCA. She's working tirelessly to ensure that it stops claiming lives.

"I felt, in losing Aiden, that I had failed him as a mom," Silva says. "I did the only thing that I could — take these awful things that have happened and find that silver lining, and honor him in the way that would honor his sweet, caring spirit."

Today, Silva is the Executive Director of Aidan's Heart, which she and her husband founded in Aidan's memory. Their goal is to teach kids how to recognize the signs of SCA and offer assistance before it's too late.

"We learned from a group that kids are actually more receptive to being taught these skills, because they are not as afraid as adults are to use them," Silva says.

Recognizing that she could make a change and spare families like hers from the tragedy of losing a child made Silva "unstoppable."

She'll always be Aidan's mom first, but now sees herself as a mom to every child in her community. And that means she'll do whatever she can to keep them safe.

Since its launch, Aidan's Heart has created a myriad of services to help keep kids alive and healthy. They've installed defibrillators in more than 70 schools. They've trained over 4,000 students in CPR and first-aid.

Most importantly, they've partnered with cardiologists to provide heart health testing for students. To date, Aidan's Heart has make it possible for over 1,800 teens to get cardiological screenings. Approximately 20 serious heart conditions have been diagnosed as a result.

It's no surprise that Silva's received accolades for her life-saving work. In 2018, she was named a L'Oreal Paris Woman of Worth, an honor bestowed upon ten women who have used their passion to effect major change in their communities. Furthermore, she recently learned she's L'Oreal Paris' National Honoree, and has been awarded an additional $25,000 to continue doing her life-changing work.

"I feel like it's Aidan's way of patting me on the back and saying, 'Good job.'"

"Even though things may seem really dismal, you just keep pushing forward," Silva says of her journey. "Knowing that the goal you have is a goal that can be achieved. And with the help of a great team and the love of family of friends, it can be done."

To learn more about  Christy Silva's journey, check out the video below.