This year's Academy cohort just upped the number of women in the organization. Hell yes. 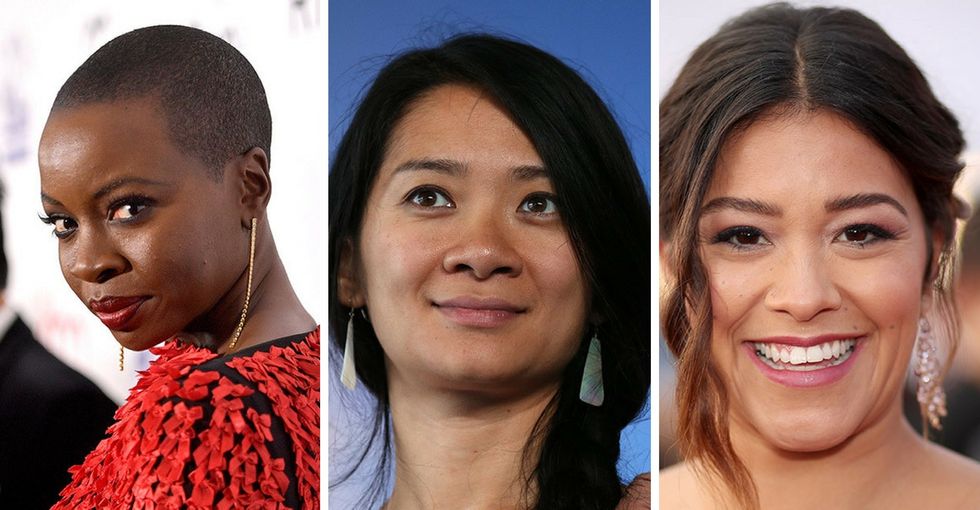 This year, the Academy of Motion Picture Arts and Sciences has become a lot bigger — and more diverse.

The Academy of Motion Pictures invited a record 928 new members, making the 2018 class the largest in history.

Not only is this year’s class the largest, but it’s also made for a more inclusive class across race and gender.

The new Oscars class is now 49% female, boosting the Academy’s total representation of women to 31%, a history-making percentage.

Many of the Academy’s newest members, from Jada Pinkett Smith to Kumail Nanjiani to Gina Rodriguez, have all been outspoken members of the Academy’s lack of diversity and representation in the organization structure and award-winning films.

"Begging for acknowledgement, or even asking, diminishes dignity and diminishes power,” Pinkett Smith once said in a video after opting to boycott the Oscars in 2016 for its lack of diversity.

Her complaints weren’t off. The lack of diversity and acknowledgment on work from women and people of color in American and international film has been appalling. A report from USC Annenberg School for Communication and Journalism found that just over 70% of speaking roles in 2016’s top films were white, and aside from 2011, there were a mere 34 unique female directors that released films between 2007 and 2016. And, directors of color have been historically underrepresented for decades.

But thanks to the work of activist April Reign and many actors of all backgrounds, it’s clear that the Academy heard them loud and clear, and is finally putting action behind their words.

The auspicious organization is now more black, Asian, Latino, queer, immigrant, and female, marking a new beginning for what excellence in film means.

With new members like comedian Tiffany Haddish, director Chloe Zhou, and rapper Kendrick Lamar, it’s clear that the Academy is making it clear that not only is not only is diversity important on screen, it’s important in decision making.

Members of the Academy help make decisions about industry content, and help orient the ideas behind what it means to make a good film. Those decisions will now be influenced by a diverse, talented team of professionals. It'll likely be good for business.

Minorities accounted for the majority of ticket sales for five of the top 10 films in 2016, and Americans increasingly desire more diverse films and leads according to a report from UCLA Social Sciences.

With new and diverse actors, directors, writers, and musicians given a seat at the table, the world can get more "Moonlights," "The Big Sicks," and "Cocos."

That is, movies that tell the stories that historically have not been told.

With an Academy class like this, it’s clear that not only do actors and the general public want more diversity, but those who are highest ranking do, too. Thank goodness.

Every year, around 100 million carats of rough diamonds are mined to supply the world's multi-billion dollar diamond jewelry industry, leaving both human and environmental damage behind.

The ethical issues at the heart of diamond mining, from violence to human rights abuses to forced labor, are no secret. The destruction of land and water in the mining process is also well known. Though an official chain of practices for creating "conflict-free" diamonds known as the Kimberley Process is supposed to reduce some of these issues, ongoing problems remain.

Science has a solution.

Instead of digging up gemstones that have taken a billion or more years to form in the earth, scientists can now make diamonds in a lab in just six to ten weeks—without the bloodshed and devastation involved in mining traditional diamonds.

Are they the same, though? If anyone were going to be a purist about gems, you'd think the world's largest jewelry brand would. But Pandora, the Danish jeweler that boasts that title, is all in on lab-grown bling.