This video for a brilliantly designed transgender toy hit me right in the feels.

An ad for a new toy sure knows how to tug at those heartstrings. 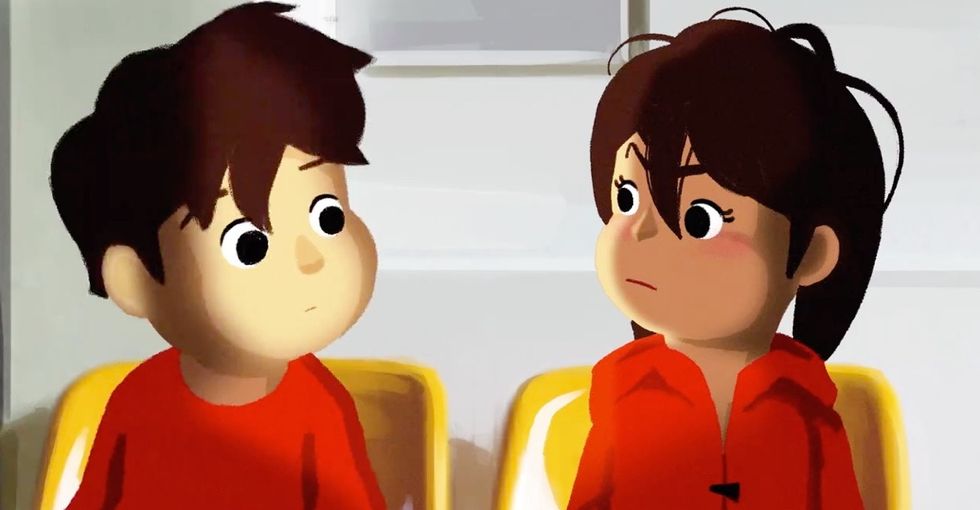 It's not usually a great sign if you're crying at the end of a toy commercial, but in the case of Sam, that might actually be the entire point.

First, let me back up and tell you a story. I have a set of nesting dolls I keep on my desk, a gift from a friend back when I first came out as transgender. The doll's nesting layers came to represent who I was, who I am, and who I will be, all contained in one body.

So what does this have to do with a toy commercial?

Earlier this week, I saw "Sam's Story," an animated short by Gender Creative Kids Canada about a transgender boy coming to terms with who he is. The video ends with a call for people to visit The You Inside Project to back a Kickstarter aiming to create what the group is calling "the world's first educational transgender toy."

It just so happens that "Sam" is a nesting doll set — just like mine.

Meet Sam, the inspiration behind the world's first educational transgender toy. Watch Sam's Story then support our mission to stop transphobia before it starts by pledging on our Kickstarter: http://theyouinsideproject.com

When I first watched the video, I was floored to see such a familiar scenario play out.

I broke down in tears about three-quarters of the way through the video, seeing a powerful connection to my own experience. And when the toy's prototype appeared on the screen, I completely lost it.

While the outside may change, the heart represents what really matters: the you inside. GIF from Gender Creative Kids Canada/Facebook.

The reason the dolls have played such an important, lasting role is my life is that they serve as a reminder that while the outer layer may change over time, at my core, I'm still me. I can only imagine what it would have been like if I'd had a toy like Sam growing up. Perhaps I would have understood myself a bit sooner, and perhaps I wouldn't have spent so much time feeling so broken.

A toy like Sam is obviously important for trans kids, but GCKC thinks that even cisgender (non-trans) children and parents will learn a lot from Sam as well.

Annie Pullen Sansfaçon, vice president of Gender Creative Kids Canada, explains that the toy may help other children better understand what a trans classmate may be going through and help start a conversation about gender identity in a way that's accessible to younger children. Most of all, the project hopes to be a fun way to discuss a topic that we don't often talk about.

"Whether the child is transgender, gender diverse, or not, everyone has a gender identity, and Sam can help them discuss it and understand that what matters, is the you inside," explains Sansfaçon in an email. "It can also help adults surrounding a transgender or a gender-diverse child  to open up and discuss gender identity in a playful manner.  It can also be used to discuss gender stereotypes with everyone."

This sweet story has a happy ending. GIF from Gender Creative Kids Canada/Facebook.

This toy, and the message it represents, is sure to help kids who are growing up feeling the way I did.

I know it because I lived it.

And here I am again, crying those happy tears, knowing that the world can be a better and more understanding place.

Learn more about Gender Creative Kids Canada at the group's website, about the toy's design in this interview with Applied Arts magazine and about how you can help make the toy a reality (they need our help!) at theyouinsideproject.com.