This simple 'test' can help identify potentially abusive partners early in a relationship. 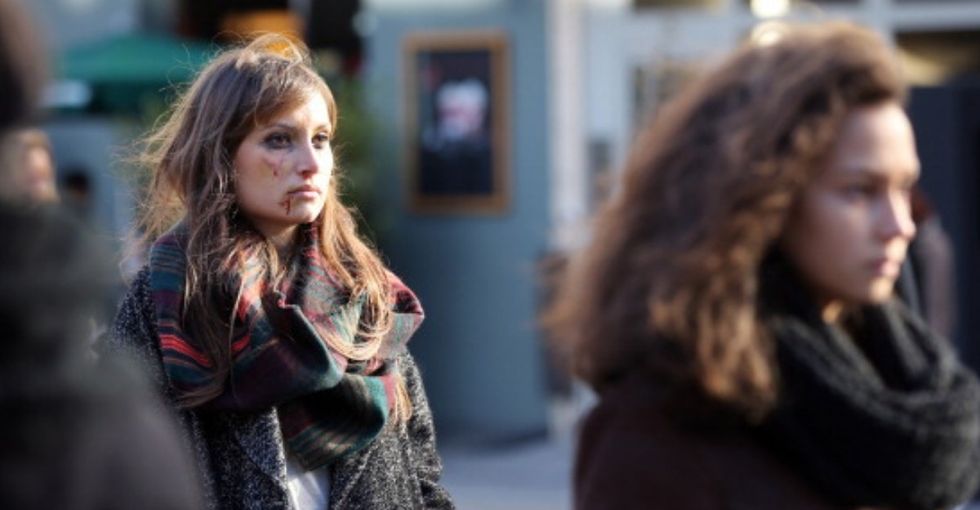 Most abusers don’t start their relationships by hitting their partners. That's why early warning signs are vital to recognize.

I know two women who recently left abusive partners. Both men seemed sweet and likable—even gentle—each time I saw them. Both had some lovely qualities as people and even as partners. And both turned out to be controlling, increasingly abusive partners behind closed doors.

The thing about domestic violence is that most people don't enter into relationships with someone who abuses them from the get go. It's often like the analogy of the frog in boiling water. If you place a frog into a pot of boiling water, it'll jump right out. But if you put it in a cool pot and gradually increase the temperature, the frog won't recognize that it's being slowly cooked until it's too late.

Abuse usually comes on gradually, with plenty of opportunity to manipulate and forgive and justify the water getting warmer. That's why many stay in abusive relationships far longer than they should.

Rob Andrews is a domestic violence counselor in Australia. He told ABC News that he advises people to use what he calls the "No Test" to identify potential red flags early on in a relationship.

"The No Test is basically to watch out for the way your partner responds the first time you change your mind or say no," Andrews said.

"While expressing disappointment is OK, it's not the same as annoyed. Annoyed is 'how dare you,' a sign of ownership or entitlement."

Ownership, entitlement, control—these are red flags that often lead to increasingly abusive behavior. And though women can definitely be abusers, the reality is that women are much more likely to be the victims of domestic violence and male abusers tend to be more dangerous to their partners.

"With the No Test, we're not trying to give women knowledge that they didn't already know," he said, "but when they see it in black and white in front of them like that, they realize they of course have the right to say no, that they aren't to blame."

Andrews describes our patriarchal history as "the nut of the problem."

Andrews said that some people erroneously tell women that they should just be more assertive with their partners, letting them know they won't stand for controlling or abusive behavior, but that's not always the best tack to take.

"Being assertive with a man who's threatening to bash you is not a very good idea," he said. "It almost comes from what I'd call 'deficit thinking,' that somehow these women need to be trained up so that the people won't abuse them. The only person who can stop the abuse is the person who is doing the abusing."

Andrews works with men who are struggling with their own behavior and want to change. He has them think about what kind of man they really want to be and work with them to align their behavior with that vision.

"I hear a lot of people saying how it's so hard for men now, it's all so confusing," he said. "It's very easy to be a man. Just be polite and respectful to people, it's not that difficult really."

"But in saying that," he added, "we are to some extent dealing with 2,000 years of history of women being a second-class citizen. That's the nut of the problem and we've got to keep chipping away at it."