These 4 breathtaking islands have found amazing ways to make their own natural energy. 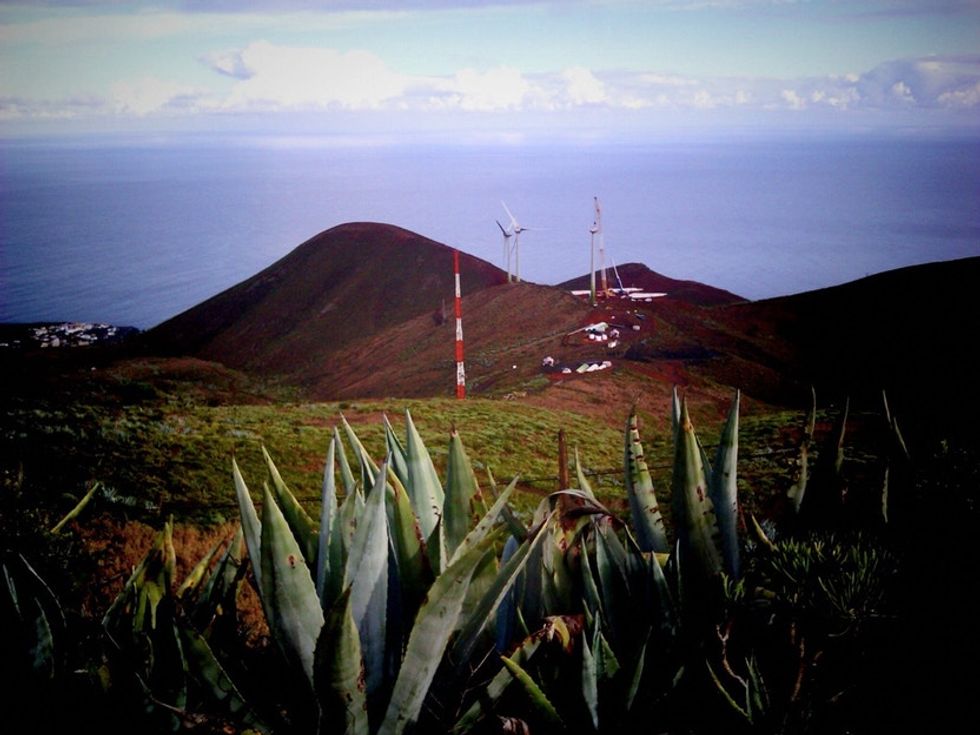 Located off the grid? How about making your own?

Islands are their own little worlds. It's part of their awesomeness. But being cut off from the mainland can also be a serious challenge. Larger land mass means more space and more people ... and that usually means more support for roads, electricity, cable lines, and all the other technological amenities of modern living.

But just because you're surrounded by water doesn't mean you have to be stuck in the Stone Age. In fact, the inconvenience of connecting back to a mainland-based power grid might just provide the motivation to find an alternative solution — like it did for these four islands that found sustainable ways to make their own independent energy.

The island of Samsø is located off the central-east coast of Denmark in the Kattegat sea. It's about 44 square miles in area with a population of around 4,000 people and has been functioning on 100% self-sustainable wind- and biomass-generated electricity since about 2007. In fact, they've reached the point where they're producing so much clean electricity that they're able to export their surplus.

They also have a cool interactive map that shows how their renewable energy system works.

Samso used to have support from the Danish government and was connected to the mainland power grid. But the remote island nation of El Hierro wasn't so lucky. An autonomous community of Spain located in the Canary Islands off the coast of Africa, El Hierro used to ship in diesel fuel from the mainland to power their electric grid.

But in the summer of 2014, they started to break away by constructing a new wind- and water-turbine farm. The $110 million plant is on track to provide 100% of the island's electricity by the end of 2015.

In addition to being the free domain host for my very first personal website back in 2003, the tiny Pacific island of Tokelau (population: 1,400!) also has the distinction of being the first almost-nation to run entirely on solar power.

If we're being technical, Tokelau is still designated as a non-self-governing territory of New Zealand, according to the United Nations. But the installation of this solar grid was actually part of the long-term plan to end Tokelau's dependence on New Zealand and establish themselves as a fully independent and self-governing entity.

The residential electricity rate in Alaska in June 2015 was nearly the highest in the U.S. and 63% higher than the national average, according to the U.S. Energy Information Administration. Even though places like Kodiak Island were already relying on hydropower for 80% of their electricity, they were still burning millions of gallons of diesel fuel each year.

But with a little help from the Alaska Energy Authority, the second largest island in the United States now gets 99.7% of its energy from wind and hydro. Which, sure, might not be exactly 100%. But considering the fact that their goal was to reach 95% renewable energy by 2020, I'd say 99.7% by 2015 is pretty good. (Alaska as a whole aims to reach 50% renewable energy by 2025.)

And while these other islands aren't quite there yet, they have plans to become self-sufficient and sustainable by 2050:

In June 2015 — just ahead of President Obama's announcement of the Clean Power Plan — Gov. David Ige of Hawaii committed his island-that's-a-state to achieving the goal of 100% renewable power by 2045. Two months later, they opened the first fully closed-cycle Ocean Thermal Energy Conversion plant in the U.S.

This is a particularly good idea for Hawaii, which couldn't even harvest its own fossil fuels if it wanted to.

A Pacific island nation in free association with the United States, the Republic of Marshall Islands also released a new plan for an eco-friendly future, starting in the summer of 2015. This tiered plan aims for them to reduce carbon emissions 45% by 2030 with the ultimate goal of achieving zero emissions by 2050.

The country's minister of foreign affairs, Tony de Drum, said it best in the press release announcing this initiative: "Our message is simple: If one of the world's smallest, poorest and most geographically isolated countries can do it, so can you."

Sometimes a little competition is all it takes. Let's hope the rest of the world accepts the challenge.