I have quite a love-hate relationship with the Internet, and especially social media. But for every nasty anonymous troll, there are incredible people using social media to start important conversations and encourage action. Here are seven hashtags from 2014 that gave me hope for a better tomorrow. 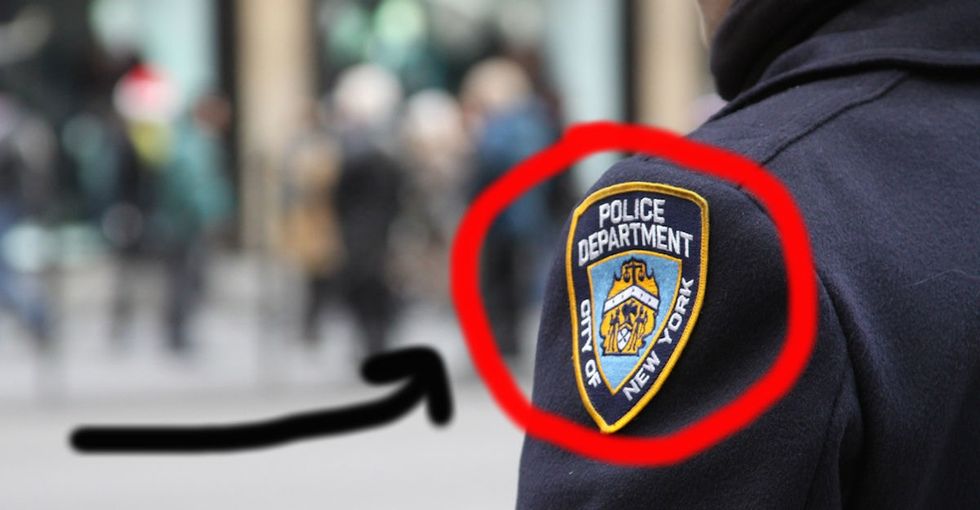 "The May 2014 shooting in Santa Barbara, California, left seven dead and 13 injured. Shortly after, the killer's video diaries leading up to the shooting were found, where he blamed women for never dating him despite the fact that he's a "nice guy." When people argued, "Not all men are like that!" Twitter user @gildedspine responded by creating the #YesAllWomen hashtag to start a bigger conversation about violence against women. The hashtag quickly went viral, with women around the world chiming in and sharing their personal stories."
— 3 Simple Posters Expose 3 Simple Truths All Women Understand. That's ... Not A Good Thing.

Started by Feminista Jones (@feministajones), #YouOKSis wasn't just about street harassment — it was a call to action.

If each of us who witnesses #streetharassment is brave enough to ask "You OK sis?" we might make a difference, however small.
— Garvey X's mom (@FeministaJones) June 7, 2014

TVOne did a segment on Feminista Jones and the hashtag created to help end street harassment. Check it out:

In September 2014, "after surveillance video was released of footballer Ray Rice punching his then-fiancée (now wife) in an elevator, the inevitable (and really awful) victim-blaming began. Most echoed, "Why would she marry him after that?" or "Why didn't she just leave?" proving how little the average person understands about the cycle of abuse. The #WhyIStayed hashtag was started by writer Beverly Gooden (@evtgooden) to expose what abuse victims go through and why it's so important to focus on helping rather than blaming."
— 14 Tweets Answer 'Why I Stayed.' 11 Broke My Heart, But The Last 3 Gave Me Hope.

In the wake of protests surrounding the deaths of Mike Brown and Eric Garner, Twitter erupted in a conversation about police brutality and racial profiling. Created by Jamilah Lemieux, #AliveWhileBlack shed light on how too often police criminalize blackness.

Leaving a party in a white community in undergrad. Officer stopped me drew his gun&aimed when he asked me to get my license #AliveWhileBlack
— Nig-ella Lawson (@JanvierNoir) December 4, 2014

was robbed at knife point in Charlotte. When the police came, told them what was taken, they asked "Why wld u have a pager" #alivewhileblack
— J I Λ (@missjia) December 4, 2014

Snuck out of the house to go to a party. Waiting for a bus to get home at 2 AM, cops detain me for prostitution. I was 17. #AliveWhileBlack
— Imani ABL (@AngryBlackLady) December 4, 2014

Stopped by police on my college campus while walking with a white male classmate. Asked if I was engaging in sex work. #AliveWhileBlack
— Ashley Ford (@iSmashFizzle) December 4, 2014

"In response to the killing of an unarmed black teen in Ferguson, Missouri, and the biased media coverage of the victim that followed, young people of color on social media began wondering how they might be portrayed if the same happened to them. Started by @CJ_musick_lawya, the pictures shared with #IfTheyGunnedMeDown are powerful reminders of how stories get told in America."
— These Side-By-Side Photos Show Exactly What Media Bias Looks Like With One Stunning Question

If you died, which picture would the media use? #IfTheyGunnedMeDown #MikeBrown http://t.co/lJMM9a0owk pic.twitter.com/YYxIbPB0xA
— The Root (@TheRoot) August 11, 2014

Started by Alicia Garza (@aliciagarza), Patrisse Cullors (@osope) and Opal Tometi in response to the death of Trayvon Martin in 2012, #BlackLivesMatter became a rallying cry and call to action in 2014 at protests against police brutality across the nation.

"I want the world to know that #BlackLivesMatter, & I want you to help raise that call." http://t.co/0dTWuxe69d pic.twitter.com/EHcKzG3Mw5
— AmnestyInternational (@amnesty) December 14, 2014

This is what it looks like when New York City erupts with cries for racial justice: http://t.co/Ukbh0WrdO7 #BlackLivesMatter
— Civil Rights (@civilrightsorg) December 15, 2014

"After the hidden-camera street harassment video '10 Hours of Walking in NYC as a Woman' went viral, many asked, 'Since when does "hello" qualify as street harassment?' Author and activist Mikki Kendall (@Karnythia) created the hashtag #NotJustHello to explain how too often "hello" is just the opening line to lewd comments, threats, and even physical violence."
— She Explains Why So Many Women Don't Say 'Hello.' The Reason Is Absolutely Chilling.

We live in a culture that blames victims of sex crimes for what they wear, where they were...and for saying no to strange men. #NotJustHello— Mikki Kendall (@Karnythia) October 29, 2014

Generalizing is all we can do. Women are getting killed for not giving numbers #NotJustHello@venomous1913 @marjoriemliu— Mikki Kendall (@Karnythia) October 30, 2014