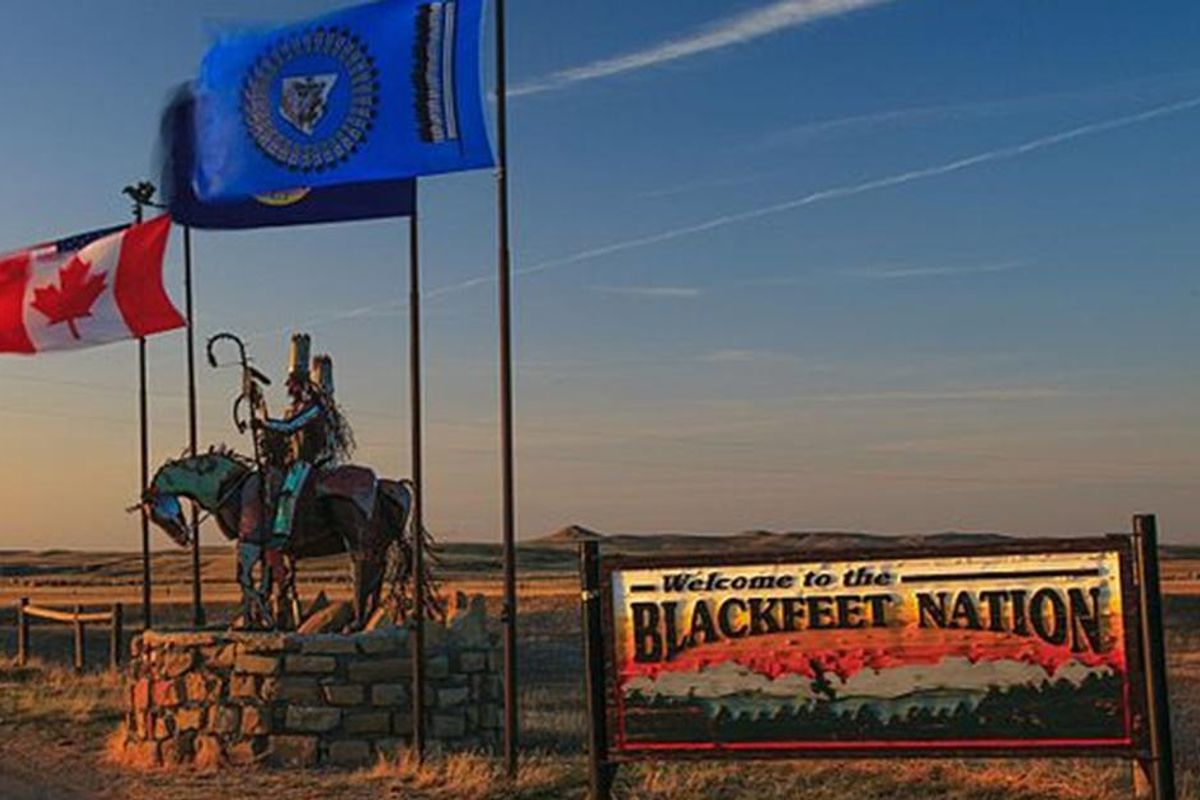 The Blackfeet Nation Reservation in northwestern Montana is no exception. The reservation is home to just under 10,000 people but in less than a year, it recorded a total of 1,3838 COVID-19 cases.

At the pandemic's height, there were 390 cases of the virus on the reservation and the number tripled over just 10 days. The tribe lost 47 members to the virus.

Given the devastation the pandemic has on the Blackfeet Tribe, it has taken vaccination seriously. As of late April, 98% of the tribe was vaccinated.

In an act of goodwill, the tribe has decided to donate its leftover vials of Pfizer and Moderna vaccine to their neighbors on the other side of the border in Canada. The tribe calls the donation is a "gift" of "reconciliation" between governments, nations, and tribe members.

"We started having some discussion about that about a month ago," Piita'hkotokii James McNeely, the public information officer with the Blackfeet Tribe, said in late April. "We threw this together in the last seven, eight days and it really fell together."

Over the past month, the tribe has held multiple clinics that have drawn hundreds of people from all over Canada to get vaccinated. The first clinic in late April vaccinated over 450 people. A follow-up clinic on Monday provided many with their second doses.

A huge thank you to The Blackfeet Tribe, based in Montana. They had an abundance of vaccine and decided to share i… https://t.co/VUgK0OlBb5
— Rick Wilson (@Rick Wilson)1621449682.0

Ken Sawartzy drove nearly 400 miles from Calgary to make sure he got his booster shot. His wife is a cancer patient, so he had no problem going the extra mile for his final shot. "This will make sure we're both safe, because I'm her caregiver, too. I think it's a great thing," Sawatzky told the CBC.

"It's absolutely beautiful. The Blackfoot Indians are just coming through (for us)," Dave and Cathy Goodbrand from Calgary, who just got their second shots, told the CBC.

A Toronto man, cars full of 18-year-olds and Calgary residents getting their second shot are among those the Blackf… https://t.co/IcczndjYCh
— Global Calgary (@Global Calgary)1621373560.0

The long lines of Canadians flocking to the reservation highlight the difference in vaccine availability between the two countries.

"I had a hard time believing it was that hard to get a shot in Canada," Bonnie Healy, health director for the Blackfoot Confederacy, said.

America has vaccinated its population at a faster rate than Canada, but Canada will eventually surpass the U.S. in the percentage of citizens who've got the jab. A major reason for the difference is vaccine hesitancy.

Thirty-four percent of Americans have said they will not be getting the shot, versus just 12% of Canadians.

Blackfeet Tribal leaders are happy that their gift has been so well-received.

"I am actually brought to tears today hearing that the efforts to assist our relatives and folks across the medicine line with vaccines has been awesome! Many of the folks cried today when they were able to get vaccinated," McNeely said.

From Your Site Articles
Related Articles Around the Web
native americans

Sometimes what people may consider to be a compliment is actually horribly offensive.

This article originally appeared on 01.28.15

This is one of those times.

An incredible woman has the perfect response for someone who says, "You speak so well ... for a black girl."

Here’s a paycheck for a McDonald’s worker. And here's my jaw dropping to the floor.

5 years' worth of photos show how testosterone affected one person's life.