Keanu Reeves has a new girlfriend and *gasp* she's age-appropriate 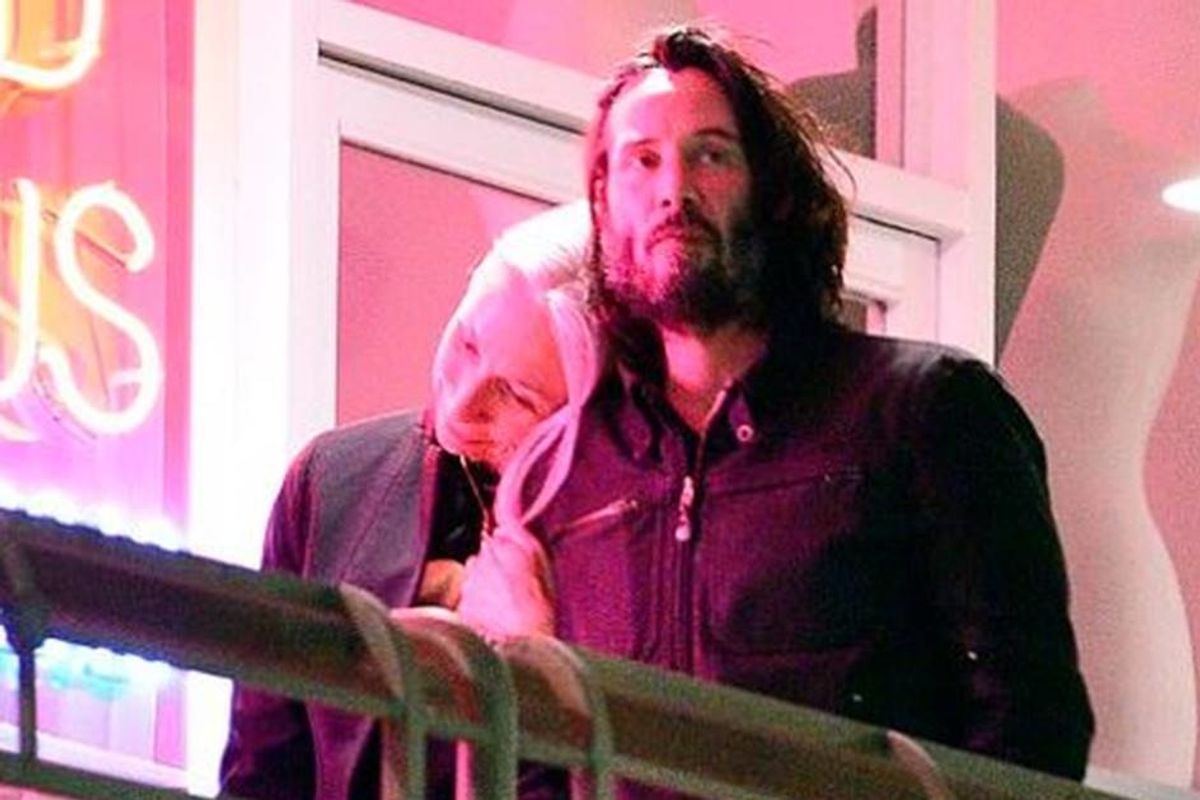 In Hollywood, there seems to be an unwritten rule that older, famous men must have relationships with women who are 20 to 30 years younger.

These May-December romances are so common that they're almost laughable.

Dennis Quaid, 65, recently revealed he is engaged to Laura Savoie, 26.

The heart wants what the heart wants, so who are we to judge? But it's refreshing to see a man in Hollywood date a woman his age. That's why people are pretty excited about Keanu Reeves, 55, and his girlfriend artist Alexandra Grant, 46.

Grant's work explores the use of text and language in various media, including sculpture, drawing, photography, and painting.

The two were photographed holding hands on the red carpet at the LACMA Art + Film Gala on Saturday.

Keanu Reeves has gone public with his first girlfriend in decades, just look how fucking happy he is!!! HE DESERVES THIS!!!😭💙 pic.twitter.com/mam6dJIdnn
— Christmas Wilson🎄🎅 (@CrisMovieCorner) November 5, 2019

People magazine confirmed they are dating. "Keanu wants to openly share his life with her," a source told People. "He is extremely happy and grateful to have Alex in his life."

Te magazine reported that the two "started dating earlier this year, but have wanted to keep it quiet."

RELATED: Keanu Reeves is the nicest person, and there are the receipts to prove it

People are also excited that Grant feels no need to color her hair, another rarity in Tinseltown.

🗣Would you have the guts to go gray? pic.twitter.com/H1uXVJgxxk
— The Talk (@TheTalkCBS) November 5, 2019

The couple collaborated on the books "Ode to Happiness" and "Shadows" in 2011 and 2016 — with illustrations by Grant and text by Reeves.

They've also co-founded X Artists' Books, a publishing house that focuses on publishing "thoughtful, high-quality, artist-centered books that fit within and between genres."

RELATED: Keanu Reeves was asked what happens "after we die." His answer is blowing everyone's minds

In recent years, Reeves has developed quite the reputation for being a nice guy in a town full of ego maniacs.

Once reason is that he's mindful of women's personal space in photographs. Could it be that a man who has respect for women and doesn't treat them as sex objects also prefers to date people that are actually closer to his age?