How human beings could ruin mosquito sex in Fresno, California. 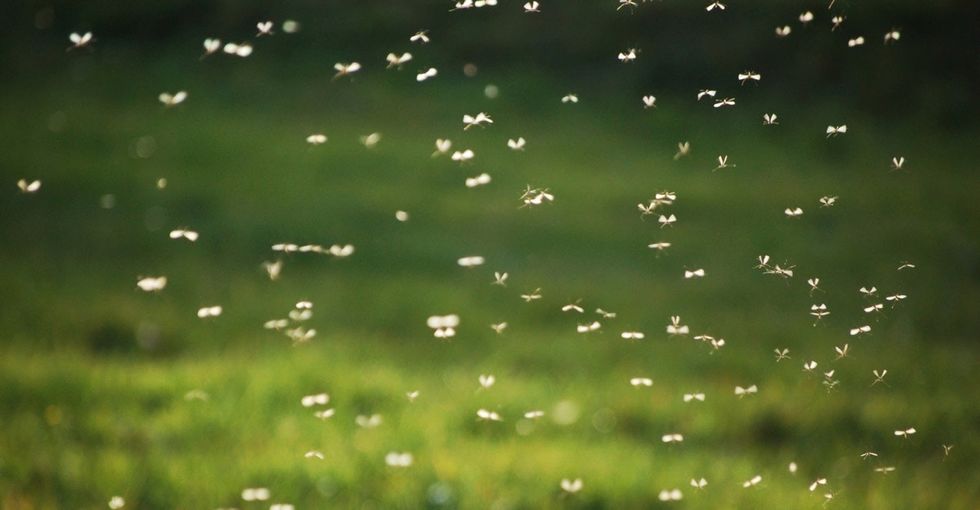 It's summer. Time for backyard barbecues, hikes, and enough mosquito spray to fill a blimp.

I'm ready for that hike now. Image from iStock.

Mosquitoes can be a perennial annoyance, a literal pain in the butt, and can even carry dangerous diseases like the Zika virus or dengue.

It might seem a little weird that a research company is releasing 20 million of the little buggers. On purpose. In Fresno.

The company, known as Verily Life Sciences, is a subsidiary of Alphabet, Google's parent company. In between projects for tiny glucose monitors and better spoons, scientists found the time to breed and release 20 million male mosquitoes in Fresno County, California.

All 20 million of the mosquitoes were male and all 20 million were sterile. They had been raised in a robotic lab and purposefully infected with a common, human-friendly bacteria known as Wolbachia, which takes the spring out of male mosquitoes' steps, as it were.

This isn't the start of a new mosquito-themed horror movie. The technique is actually a form a pest management that works like insect birth control.

Like a flock of tiny little vampires. Photo from iStock.

Any eggs these sterile mosquitoes father in the wild will be duds, which means once it comes time for the next generation, the people of Fresno County should see fewer of the little bloodsuckers flying around.

This approach to pest control is known as the sterile insect technique and is part of a trial to see if Verily can use this to fight Zika and other mosquito-borne infections. It's worked with other insects before, after all.

Their release is the largest field trial in the U.S. so far.

By the way, don't worry about any unforeseen bites in the meantime. Male mosquitoes don't drink blood.

This is not just a neat technique, it's a reminder that sometimes the best way to solve a problem is to go back to the source.

There are times in life where we run ourselves ragged trying to fix a problem, only to realize we were treating the symptom and not the cause. I wouldn't have to worry about my weekly Chipotle bill, for example, if I was better at making lunches the night before.

Same in health and science. People have used pesticides, mosquito repellants, and vaccines to fight these buggers and their diseases — and don't get me wrong, these are all effective and worthy causes, but it's also cool to see people tackling the problem at its source.

Maybe the solution to there being too many mosquitoes is to ... just create fewer mosquitoes.