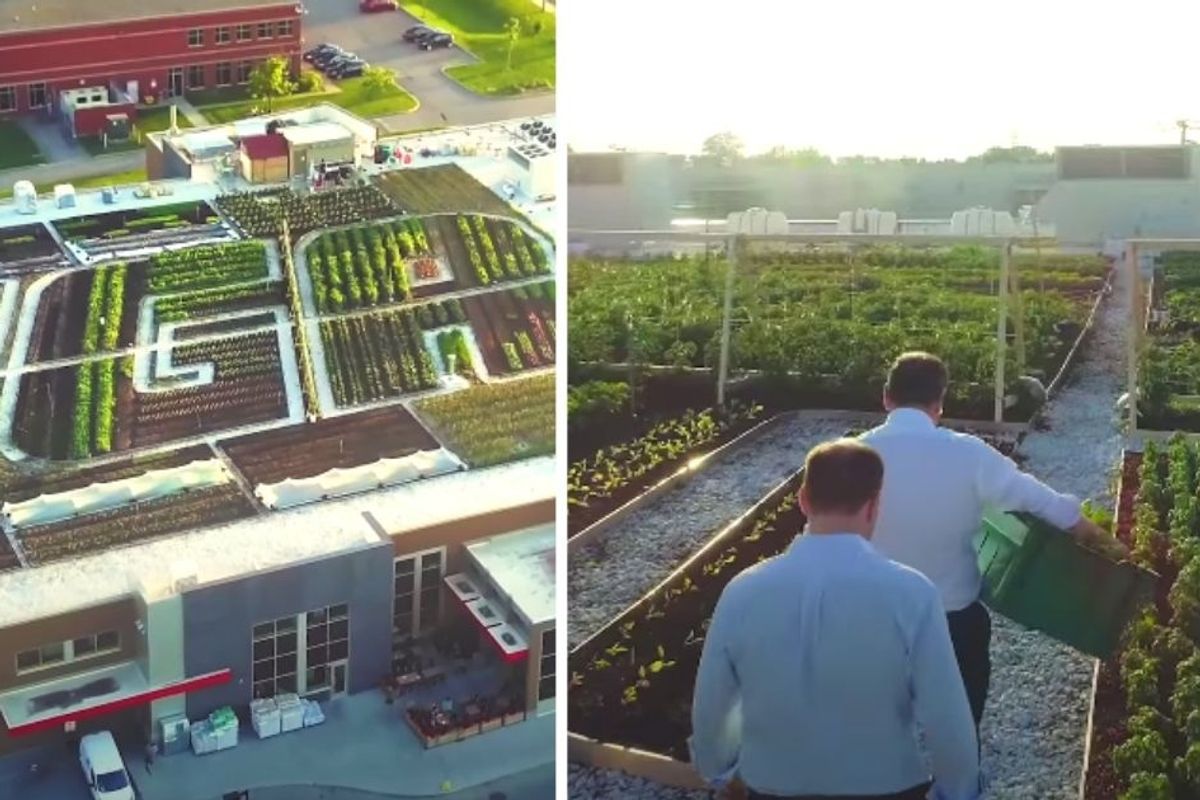 Rooftop gardens have become popular features of high rise apartments, but a grocery store in Canada has taken the idea a big step further.

The garden is even designed in the shape of the letters IGA, making quite a striking visual from the air. Duchemin told the Montreal Gazette that he hoped his store's rooftop would serve as an example for other grocery stores to follow.

"Why don't supermarkets plant vegetables on their roofs? Some restaurants have little boxes where they grow herbs," he said. "We pushed it further because we know we're able to sell what we produce here."

The garden isn't just green with plants; it's also environmentally maintained, getting its irrigation water from the store's dehumidification system—water which would have been discarded anyway. The lush outdoor space also serves as a habitat for birds and bees.

This hyperlocal approach to farming can also reduce the environmental and economic costs of transporting produce. Though the rooftop garden can't serve all demand for produce, especially in a region with a limited growing season, it does help. And how fresh would your produce be if it was literally just picked an hour or two ago?

"People are very interested in buying local," Duchemin told the Gazette. "There's nothing more local than this."

Good News Movement shared a photo of the rooftop garden on Instagram, and people are loving it.

The Instagram post quoted Duchemin, saying,"Not only does a green roof help regulate the temperature of the building below it, saving energy, but it also feeds into consumer demand for food with a smaller carbon footprint."

Wouldn't it be incredible if every grocery store grew its own produce on site? Is this a glimpse of the future?

From Your Site Articles
Related Articles Around the Web
environment