Arnold Schwarzenegger says his parents abused him because they thought he was gay. 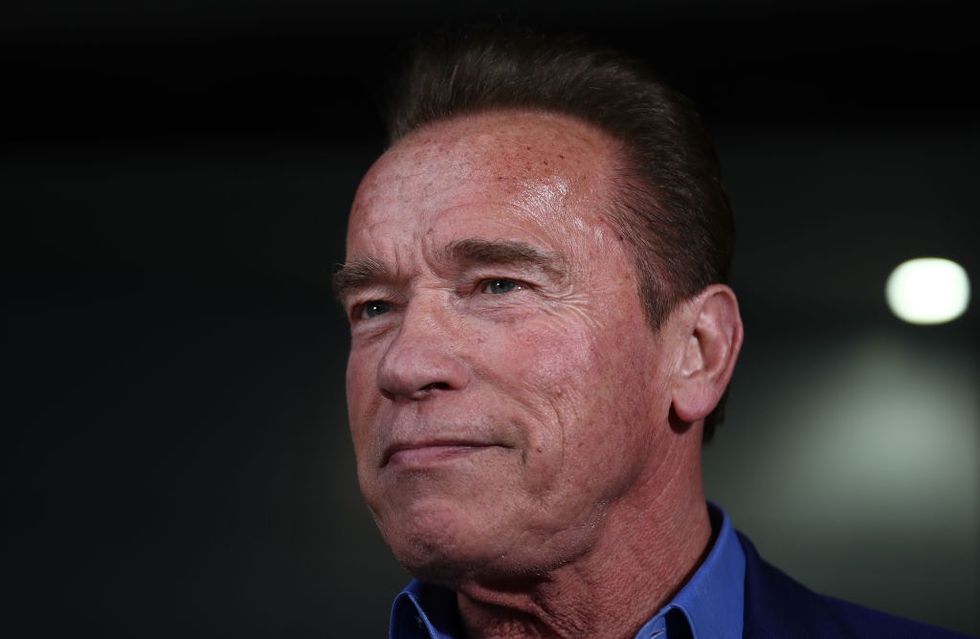 Arnold Schwarzenegger may be one of the most famous people alive today. But as a child, the sport that vaulted him to fortune and glory was often the target of homophobia.

In his autobiography “Total Recall,” Schwarzenegger shared a story of how he was physically and emotionally abused by his parents who falsely assumed that he was gay because he covered his walls with pictures of male body builders.

Of course, Arnold would go on to become the sport’s most famous name ever before becoming even more famous as an action film star, and eventually, a politician.

But that’s not the point.

The point is he grew up in a time where it was considered normal for his parents to abuse him over the thing he loved because they were taught that being gay was somehow bad. In a later interview on the topic, Arnold went into more details. He told “60 Minutes” that his father used to hit him:

"He ran after me with a belt and beat me,” Schwarzenegger said. He added that his mother called their family doctor saying there was “something off” about their son and his interest in the male physique.

"I don't know if mum thought I was gay, or if she just thought there was something off. And 'let's catch it early,'" he said.

"She asked the doctor, 'Can you help me? I don't know if there's something wrong with my son because his wall is full of naked men. All of Arnold's friends have pictures of girls above their bed. And Arnold has no girls.'"

Schwarzenegger has been a long time supporter of LGBTQ rights, championing the Supreme Court’s marriage equality ruling and even famously shutting down a fan who made homophobic comments on his Facebook page back in 2015.

He hasn’t said if his own progressive views on sexuality were impacted by the abuse he suffered as a child but it’s clear Arnold is a complex person and someone who has once again become a largely beloved figure after his mixed tenure as governor of California and the subsequent revelation that he fathered a child outside his marriage.

Arnold isn’t perfect. But by opening up about his own vulnerabilities, he’s setting a perfect example for other men on the importance of avoiding toxic masculinity, homophobia and behaviors that ultimately only harm others and the individual who practices them.