A true friend, Busy Philipps knew what to do on the 10-year mark of Heath Ledger's death. 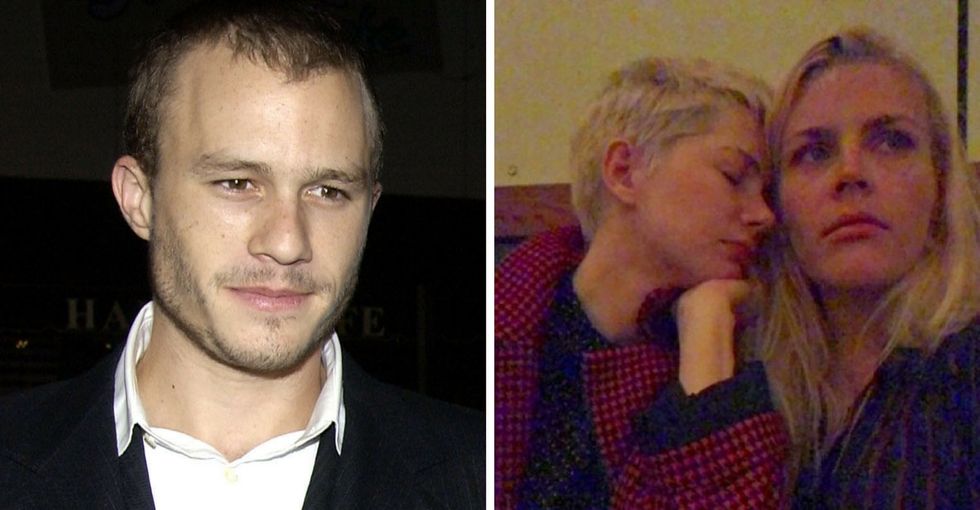 Actresses Michelle Williams and Busy Philipps have been best friends for decades.

They met on the set of "Dawson's Creek" in the late 1990s and have had each other's backs ever since.

So insanely proud of my super talented best friend for her Golden Globe nomination(her 5th!!!). And also I love that she's so tiny I can wrap her up like a perfect little pixie present when I hug her. ❤️👏🏻😭🦄❤️

In a touching Instagram post, Philipps shared a photo of her and Williams embracing with the note, "It's OK."

After having met on the set of 2005's "Brokeback Mountain," Ledger and Williams dated and shared a daughter together, Matilda, who is now 12 years old.

Ledger's death is the kind of loss that maybe never truly heals entirely. But Philipps was there to help.

Philipps caught a flight to be with her friend on that trying day this year, according to Us Weekly.

A few hours prior to seeing Williams, Philipps shared a photo of a beautiful sunset with no caption, but for a heart emoji.

No words were needed to get the sentiment across.

Losing Ledger has been tough for Philipps too.

“I was just driving and I was thinking about my friend Heath, who died 10 years ago, and this song came on,” Philipps had explained in her Instagram story, referencing the song "Time to Pretend" by MGMT. “It came out after he passed away, and I remember when it came out, because ... it made me think of him. I just thought he would have liked this song. And for some reason, every time I hear this song ... it’s weird."

Philipps showed the world exactly how to be a friend.

No, you shouldn't tell a grieving loved one that "everything happens for a reason." They also probably don't want to hear well-meaning but hurtful platitudes, like, "they are in a better place," or any sentence that starts with, "well, at least [an unhelpful reason why they should still be grateful]."

Sometimes, the best thing you can do for a grieving friend is quietly be at their side and reassure them that "It's OK."