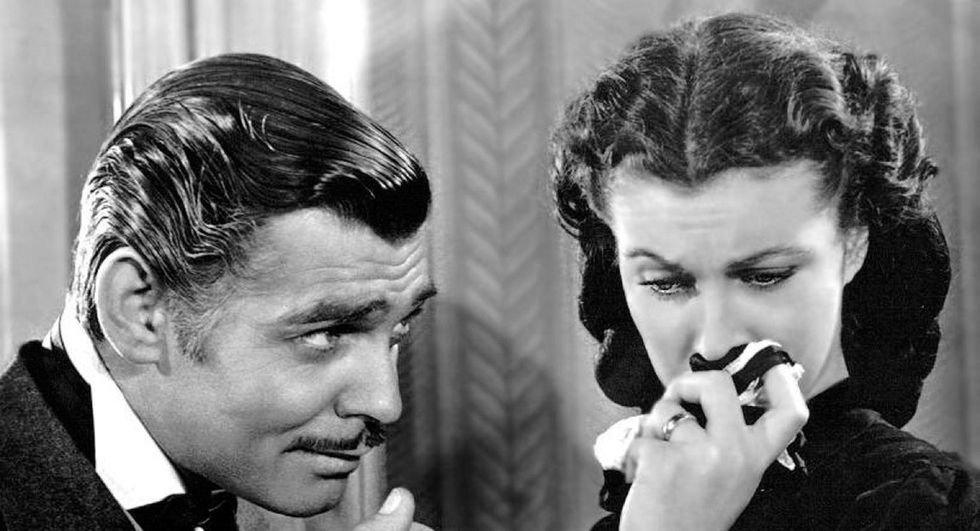 This article originally appeared on 02.15.16

Ever fallen into one of those Internet dating quizzes? You know, the ones that promise to categorize you? Like "what your astrological sign says about your relationship style."

They can be fun, but we all know they're mostly fluff. Those quizzes are the Internet version of this, basically.

What if I told you someone did find a way to "categorize" your love style but with actual real science?

Three relationship scientists asked about 400 couples to track how they felt about their relationship and how committed they felt to marrying their partner. They followed each of the couples for nine months. Not, like, literally followed them — that would be creepy. Instead, they just asked them a few questions and asked them to keep track of how committed they were feeling over time.

At the end of the nine months, the scientists collected all the couple's responses and delved deep into the data. They found that couples did indeed tend to fall into one of four categories.

Prepare yourself for some soul searching because you might just be:

1. The Conflicted, but Passionate

Scarlett and Rhett from "Gone with the Wind."

This is the couple Facebook made the "It's Complicated" relationship status for. Their levels of commitment tend to go up and down over time, especially after arguments. But that's not necessarily a bad thing. These folks use those conflicts to help them make decisions about the relationship, and in fact, they didn't appear to be any more destined for a breakup than any of the other groups.

Also, as a bonus, they tend to follow those turbulent downs with passionate ups. "These couples operate in a tension between conflict that pushes them apart and passionate attraction that pulls them back together," said study author Brian Ogolsky.

If your idea of a perfect date night is a long walk followed by eight hours of binge-watching "House of Cards" together, you might fall into this category.

Partner-focused couples tend to spend a lot of time together and share hobbies or leisure activities, and it's that shared time that tends to propel them forward. They tended to be more careful and thoughtful about their relationship decisions — more likely to build from the inside out — and tended to be the most satisfied overall.

On the other hand, if your perfect evening with your partner involves grabbing all your friends and hitting the bars or breaking out Settlers of Catan for the hundredth time, this might be the category that best describes you. Social couples usually share a friend group and use that time spent with friends to inform and build their relationship as a couple.

"Having mutual friends makes people in these couples feel closer and more committed," said Ogolsky. They also tended to be pretty stable and have higher levels of love based on feelings of friendship toward each other, which can be a good indicator for long-term happiness.

Unfortunately, not every couple's path is easy. Things may start out good, but tend not to stay that way for dramatic couples. This type of couple tends to make decisions based on negative experiences or stuff from outside the relationship.

"These couples have a lot of ups and downs, and their commitment swings wildly," said Ogolsky. "You begin to see little things eroding, and you start to see the relationship in a negative light, and soon you give up," said Ogolsky.

Perhaps unsurprisingly, dramatic couples tended to break up the most, twice as much as other couples.

So what's best? Well, here's where this article differs from a lot of those Internet quizzes. Because the answer is that there isn't a "best" kind of relationship.

Different couples work and grow differently. These are different pathways and it'd be a mistake to assume there's a "correct" way to love someone. Or even that you're forever locked into a certain style of relationships. "These are not predefined, for-life patterns," said Ogolsky.

And even in a single relationship, these patterns aren't predictors of destiny — a dramatic couple may, in fact, outlast a social one, and a partner-driven couple may be as passionate as anyone you could ever meet.

And the researchers willingly admit in their paper that their study doesn't cover all relationships. Many very happy couples have no desire to marry, for instance. And, it should be noted, that it wasn't too long ago that the U.S. didn't even allow all couples to get married!

Wait, you're not going to tell me how to find the perfect, golden, eternally-happy relationship?! Why even study this then?

Because, in our hearts, humans are social creatures, Ogolsky explained. Love, friendship, passion, and commitment are part of the human experience. Understanding relationships can be as important to understanding ourselves as studying chemistry or biology. They can even affect your health!

As for what you can learn from all this, the important takeaway is that what you use to make decisions — whether from conflict, from the inside, from the outside, or from friendship — can influence your level of commitment. It might be useful for couples to think not just about their choices but how they make their choices.

Teen creates a website for his friends to deliver groceries to seniors. And business is booming.

This article originally appeared on 03.26.20

The elderly have the most to worry about during the COVID-19 pandemic. If infected by the virus they have the highest mortality rate. So, obviously, they have a big reason to stay home and practice social distancing during the crisis.

Teenagers have a much lower risk of dying from the COVID-19, and in California, high school isn't in session for weeks, if not months.

So Daniel Goldberg, a junior student-athlete at San Marcos High in Santa Barbara put two and two together and got his friends together to help the elderly.

Keep ReadingShow less
culture
Get stories worth sharing delivered to your inbox
By signing up you agree to Upworthy's privacy policy.
Joy

"It's the closest thing to having wings of your own and flying that I've known."

This article originally appeared on 05.19.15

More than 70 years after the war, a 92-year-old World War II veteran took to the sky once again.

It's been decades since her last flight, but Joy Lofthouse, a 92-year-old Air Transport Auxiliary veteran, was given the chance to board a Spitfire airplane for one more trip.

Keep ReadingShow less
Get stories worth sharing delivered to your inbox
By signing up you agree to Upworthy's privacy policy.
Trending Stories
changmakers
Awards