15 scientific breakthroughs from 2015 that made our world a little better.

From rhino cameras to tiny molecules to space explorations, these 15 scientific discoveries were pretty earth-shattering. 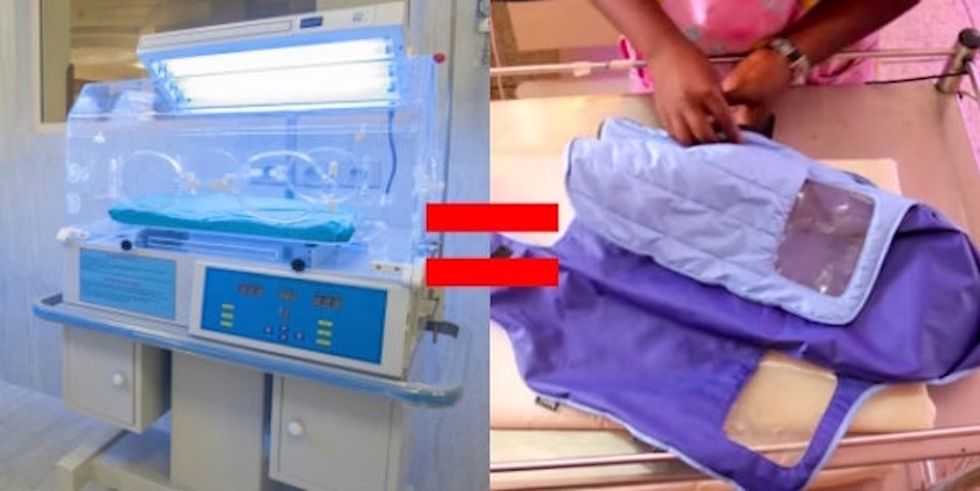 In 2015, science helped us learn a lot about the universe we’re living in.

From the tiniest molecules making up the building blocks of matter to gigantic planetary systems billions of light years away, we witnessed countless scientific discoveries, advancements, and inventions this year.

Regular people created amazing inventions to save humans and animals. Scientists discovered new species and planets. And researchers even learned new things about parenting and children.

Here are just a few of the most amazing and world-changing breakthroughs you might remember reading about:

1. We finally got a close-up of Pluto.

For the past 10 years, a small probe has been hurtling through space toward the rock that was once the smallest planet in our solar system. (This is a true #tbt.)

This July, that little probe finally got close enough to snap some pics of Pluto’s surface. Since Pluto was discovered in 1930, scientists have proposed several flybys and exploration journeys to learn more about it. Now, those same scientists hope that New Horizons will be able to tell us a lot more about Pluto and our solar system’s history in the coming years.

2. We found a hairy-chested crab at the very bottom of the Antarctic Ocean.

Forget about outer space for a second — there are a lot of surprising and outer-space-like things on our home planet, too. For example, last year, scientists found a new species of hairy-chested crab.

This crab lives so far down in the Antarctic Ocean that it uses the heat given off by churning lava at the center of the Earth as its own space heater. Seriously.

3. An 18-year-old figured out how to help visually impaired people “see” with echolocation.

Usually, human eyes take in light waves, sending that information to the brain and creating what we know as vision. But for people who are visually impaired, sound waves could be an alternative to light waves.

That’s the science behind a Canadian teenager’s echolocation device, which could change navigation for people who are blind. Pretty darn impressive, especially for a high schooler.

4. Rhinos got their own security systems.

A small camera in a rhino’s horn. Image used with permission by Protect.

If a poacher is threatening a rhino, an alarm goes off and the camera turns on to tip off nearby rangers. Rhino poaching in South Africa alone has increased by 9,000% in the past seven years, so if we want rhinos in our future, this is a pretty important invention.

5. (Almost) everything you need to know, you learned in kindergarten.

That is, as long as you learned how to be kind, resolve problems, and share. A study wrapped up this year showed how much those early behaviors shape our lives years later. It also showed that if you weren't the most cooperative kindergartener, it’s never too late to drop your bad habits.

6. A guy beat cancer by getting new 3D-printed bones.

A man in Spain needed to have a tumor in his chest removed. Surgeons were able to take out the infected bone and replace it with customized, titanium, 3D-printed ribs and sternum.

Photo by iStock/Anatomics. Used with permission.

You can expect to see more 3D printing in medicine in the future — it's an awesome trend that could truly change how we make things and cure illnesses.

7. We found out (again) that vaccines don’t cause autism.

An anti-vaccine group funded a study on the link between vaccines and autism. Spoiler alert: The study found no such link. Go get your shots, y’all.

8. Researchers confirmed the existence of a new subatomic particle called the pentaquark.

OK, in the first place, it’s pretty awesome that we have a giant machine (a supercollider) that slams atoms together so we can learn more about physics. And it’s even more awesome when that machine shows us things we’ve never seen before.

In July 2015, that supercollider showed us the pentaquark — four quarks (which live inside protons) stuck to one antiquark.

Even though they've discovered the pentaquark, scientists still have no idea what it actually does. Here's to more research!

9. Chimpanzees are catching up to us.

Um, apparently we’re not the only ones making scientific discoveries. A report this year found that non-human primates are making crude tools — just like we were during the Stone Age. They haven’t exactly figured out how to make a wheel yet, but this report shows that chimp cultures are clearly more advanced than we previously thought.

10. We planned to put a huge floating structure in the ocean to clean up pollution.

This awesome structure will collect trash in the ocean that harms fish and plant life. And that’s pretty important, since 8 million pieces of trash end up in the water each year.

This thing is going to help preserve our oceans’ ecosystems. Photo from The Ocean Cleanup.

11. A diver had a conversation with a whale.

Maybe that’s oversimplifying what happened. But a beluga whale did imitate human speech patterns after hanging out with human trainers. We already know that whales can communicate with each other — maybe someday soon, they’ll be able to communicate with us!

12. We figured out how to save newborns’ lives by keeping them warm — for cheap.

When babies — especially preemies — are born, they need to stay warm. Embrace infant warmers are being used instead of incubators to keep babies cozy, comfy, and healthy. So far, they’ve saved 150,000 babies (which, by the way, is a LOT of babies).

This is what an Embrace infant warmer looks like. Do they make an adult size?!

With Emergency Chat, a person with autism who is having a meltdown can just show their phone to someone to communicate that they need help. And because the app’s creator has autism, he was able to craft it to best suit the needs of people using it.

14. A fifth-grader figured out how to make stuffed animals safe for the operating room.

Yet another young person doing cool stuff: Preteen Gaby Zane figured out that simply washing stuffed animals eliminated most of the bacteria they carry. Previously, kids couldn’t take their stuffed animals into the O.R. because they were germy — but Gaby’s discovery means they can.

No chemicals in this pool. Photo courtesy of Angela Doheny.

The pool drains twice a day and gravel, limestone, and plants help filter it. No more burning eyes from chlorine!

What's even better than this whole list is that all these sweet discoveries are just a sample of the scientific work that was done this year.

So, as science accelerates into hyper-speed, we’re looking forward to 2016 blowing our minds as well. Off we go.