A 5th-grader made a discovery about stuffed animals and germs. It landed her in a medical journal.

Kids are the best. 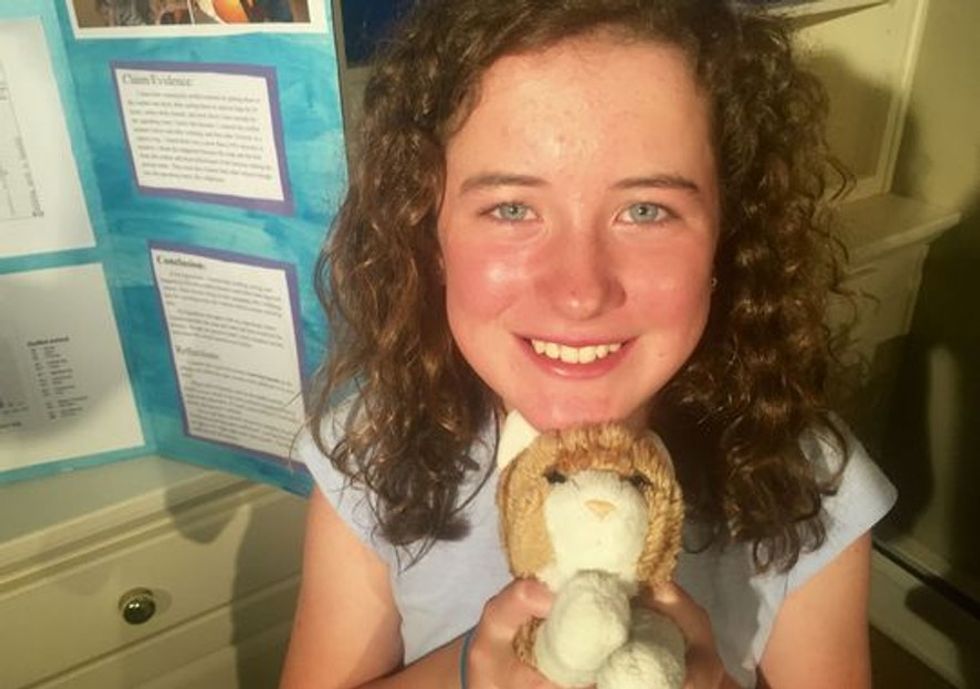 Gaby Zane isn't your average fifth-grader, and there are a lot of doctors who would agree.

Why? It all started with a science project that was influenced by her favorite stuffed animal, Sheena.

Gaby's parents are both doctors. So when it came time for her fifth-grade science project, she got to thinking about what happens when kids end up in the hospital.

How could she help those kids?

"Kids probably get stressed that they're going to have to go through an operation," Gaby told Kyle Dyer of 9News. "Stuffed animals really help with staying calm, but they can carry lots of bacteria into the operating room."

Gaby came up with a way to make operating rooms more sterile, especially for kids.

She grabbed some stuffed animals in her own home and discovered just how many germs they had by rubbing sterile swabs on them and taking culture samples.

"They had a lot of bacteria," she told 9News.

So ... she washed them. And it turns out that if you wash and dry your stuffed animals, you can prevent germs from spreading.

"When we washed them, they had a 94 percent decrease in bacteria," said Gaby. "Put them in a sealed plastic bag before you get to the operating room to make sure they stay sterile, and you'll be OK."

If Gaby's solution sounds simple, that's because it is.

But for people with already weakened immune systems, think of how big of an impact her discovery could make.

Gaby's mom, Dr. Murphy-Zane, loved the idea. It was right in line with what her hospital had been trying to do, too: minimize surgical-site infections.

"The push is on to decrease the bacterial load for the operating room ... not just people scrubbing in or wearing booties on their feet," Dr. Murphy-Zane told 9News. "We're trying to minimize traffic coming in and out of the O.R. and minimize materials coming into the room."

But because of Gaby's research, kids can now bring their stuffed animals into the O.R., too, without bringing germs along with them and risking their health.

This is a solid example of how simple ideas can go far.

According to Bustle, her science project can now be found in the paper "Stuffed Animals in the Operating Room: A Reservoir of Bacteria With a Simple Solution," which was recently published in the Journal of Pediatric Orthopaedics. It's co-authored by Gaby, her mom, and some of her mom's colleagues. So cool.

Getting a scientific study published is no easy task. But Gaby, who is now 12, can mark it off her to-do list.

Now, excuse me while I go wash all of my things.