Why a criminal history shouldn't stop students from getting their life back on track.

Everyone deserves a fair shot at getting on the right track. 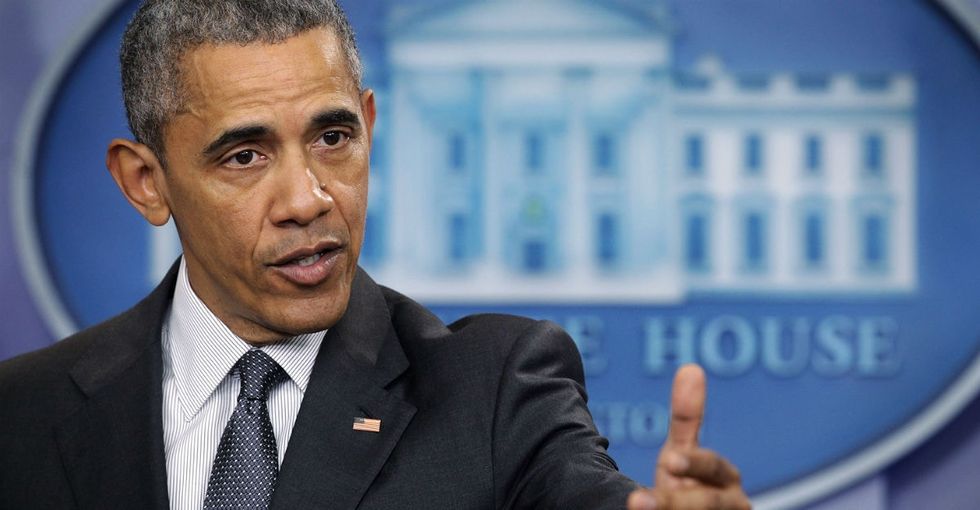 After graduating from Cornell University in 2014, Blakinger found a good job and moved on with her life. But she watched too many women she spent time with behind bars — women who were equally motivated to put their pasts behind them — struggle to find their footing after prison.

"I was incredibly lucky," Blakinger, who was convicted of a drug-related crime in 2010, wrote in The Washington Post last year.

Right now, receiving a diploma — a key factor that helped Blakinger get on the right track — is out of reach for many people with criminal histories.

While colleges don't outright bar people with criminal backgrounds from applying, it's certainly a weighted consideration during the admissions process. What's more, if you're an ex-con, simply knowing you have to disclose your criminal history on the application might deter you from even applying (because, what's the point if you know it'll greatly weaken your chances?).

Fortunately, that tide seems to be changing for the better.

On June 10, 2016, the White House asked U.S. colleges and universities to stop considering an applicant's criminal history during the admissions process.

"This is about persuading institutions to do the right thing with respect to how they admit their students," Secretary of Education John King told The Atlantic. “This effort is about removing arbitrary obstacles.”

The announcement is part of the White House's Fair Chance Pledge — an effort to encourage both businesses and higher ed institutions to consider retooling their hiring practices and to press student admissions to give people with criminal histories a chance at bettering their lives.

The pledge makes sense for people like Blakinger. Not only has past research suggested there's no empirical evidence suggesting screening students for criminal histories makes campuses safer, but doing so also can actually exacerbate existing problems, like grappling with our massive prison population — a group that's disproportionately people of color.

The White House's new effort is a big win in more ways than one.

The decision not to consider criminal histories — a move several schools, including Columbia University, Arizona State University, and Blakinger's alma mater, Cornell, have already enacted — benefits marginalized groups and can help keep people out of prison.

Seeing as our prison population is disproportionately nonwhite, allowing more former inmates to access education after serving their sentences (an effort that has been known to curb recidivism) would mean more black and Hispanic Americans choosing school, rather than relapsing into criminal behavior.

There's already been significant progress on this front too. Earlier this year, the Department of Education worked with the creators of the "Common App" — a standardized college application used by about 700 schools across the country — to change the wording of the question that asks applicants about their criminal history.

Considering that question often keeps many people from applying, the tweak is expected to encourage more students with criminal backgrounds to take the leap and go to school.

Obama hasn't just talked the talk on this issue, either — last November, he walked the walk when it comes to the federal government's hiring practices.

The president issued an executive order that ended the requirement of applicants to federal positions to disclose if they've been convicted of a crime. The order essentially "banned the box" that ex-cons would be forced to "check" on applications revealing their criminal history.

"We can't dismiss people out of hand simply because of a mistake they made in the past," Obama said in a speech addressing the order.

To Blakinger, who's used her platform to fight for change, giving people like her a second chance is a no-brainer.

"If we want to lower the crime rate, we need to make education accessible to former inmates," she wrote. "Banning the box on college applications not only gives people a chance to rehabilitate their lives, it also makes our communities safer."

Blakinger shouldn't be one of the "lucky" ones: Everyone deserves a fair shot at getting on the right track.