When a woman tweeted she was raped, this site had the perfect response.

This website's swift reaction is a shining example of how to respond to rape allegations. 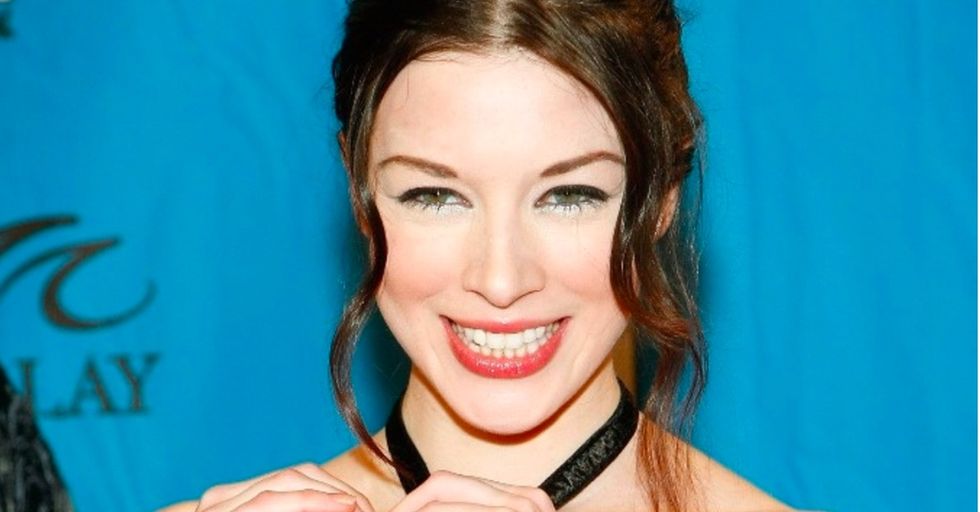 At the beginning of every video by James Deen Productions, there's a positive message about consent that you may not expect to see in an adult film:

"We recommend honest, clear, and ongoing communication with your partner(s) to ensure that all sex is consensual. All actors in this film have consented to participate in the acts you see. Have fun, respect each other, and practice safer sex."

Sounds great, right? James Deen, the founder of his namesake production company, is often celebrated as a strong public advocate for consent. Which is part of why TheFrisky.com, a women's lifestyle website, started running a sex advice column titled "What Would James Deen Do?"

But seeing Deen celebrated as an advocate for consent has been difficult for writer and adult film actress, Stoya. And here's why:

In November 2015, Stoya tweeted that Deen, who is also her ex-boyfriend, had sexually assaulted her.

When Amelia McDonell-Parry, the editor-in-chief of popular women's site TheFrisky.com, learned of the allegations, she took swift action.

She knew she didn't want to be a mouthpiece for Deen.

She quickly wrote and published a piece explaining her decision to shut down his sex advice column and remove ads to his site.

"From a professional standpoint, as the editor of a women's blog which has published the accused's words, acting swiftly and decisively is the least that I can do. The court of public opinion is not a court of law, and I don't need Stoya or any woman to 'prove' that she has been raped for me to believe her. Women who come out as rape victims are far, far, far too often not believed. This is especially true of women who work in the sex industry, with people actually wondering aloud if porn stars can be raped. Victims are put on trial themselves, with everything they've ever said/done/worn suddenly under scrutiny as possible 'evidence' that they are lying or that they asked for it."

Amen. This is so refreshing, so rare, and so important.

As an anti-rape activist, I can't tell you the number of times I've heard stories from survivors about how they reported their assaults to trusted institutions, like their employers or schools ... only to have nothing done.

In many cases, survivors faced retaliation from their community while their assailants' reputations remained unscathed. Which, of course, adds an extra layer of trauma for the survivor.

I have never seen a company make such a swift and strong response after someone came forward with allegations of assault. And it's awesome.

I assume this is where The Frisky's headquarters are located? Photo by Selena N.B.H./Flickr.

By shutting down his column, The Frisky is prioritizing support for survivors over revenue.

Deen is a well-known name in the adult film industry and his fame extends beyond consumers of pornography. The Frisky had a pretty sweet deal set up: They didn't pay him for the column; all they did was link to his personal site and see the traffic from his name roll in. But on this issue, The Frisky put their money where their mouth is.

As expected, some people have chimed in to say this seems like a drastic move to make in response to a few tweets.

One commenter on The Frisky replied to McDonell-Parry's post saying, "This is a profoundly stupid argument. There is no way of knowing if Deen is guilty or innocent. Bring it to court, if there is evidence against him, then punish him. If there is not any evidence, then the author of this so called article has some apologizing to do."

Sorry you had to see that, Captain. GIF via "Star Trek: The Next Generation."

But here's why that kind of response seriously misses the boat:

Time and time again research has found that about 2-8% of rape allegations are unfounded — the same amount as any other crime. And the numbers are probably much lower, because "unfounded" does not mean untrue. To put the numbers in perspective: fraudulent reports about stolen cars are more common, coming in at an estimated 10%.

A 2002 study found that almost 50% of male student athletes surveyed believed that about half of women reporting rape are lying. There's this notion that women make up rape allegations as a form of revenge, which makes about zero sense.

Yeah, rape myths have never made sense to me either. GIF via "O Brother, Where Art Thou?"

Consider this: outing yourself as a survivor opens you up to so much scrutiny, abuse, and criticism about the assault (and every action before or after). And considering that the vast majority of rapists — estimates from RAINN put it anywhere from 94% and 98% — never spend a day in jail, there's very little to gain from fabricating such serious allegations. The truth is that very few women lie about being raped, but almost all rapists lie about raping.

3. When one survivor comes forward, many others often come forward.

Most rapes are committed by a very small number of people. Repeat rapists have an average of 5.8 victims. Remember Bill Cosby? Many were afraid to come forward, but eventually 35 women showed themselves on the cover of New York Magazine. In this case, the domino effect has already begun: three more women have already come forward about being assaulted by Deen.

When people and institutions take a public stand in support of survivors, they are committing a meaningful act against rape culture.

One study showed that college men were less likely to commit rape if they knew that there would be consequences like punishment or social isolation for their actions.

Taking a public stand against rapists is actually an effective rape prevention tool. Who knew? Move over, rape whistles. Time to make space for the whistle-blowers.

To truly make the world a safer place — and to end rape culture — there is one simple thing we can all do: Believe survivors.