We're putting this forest on fast-forward to learn what Earth will feel like in 100 years.

The plan is to give us a flash forward look at the Earth's future. 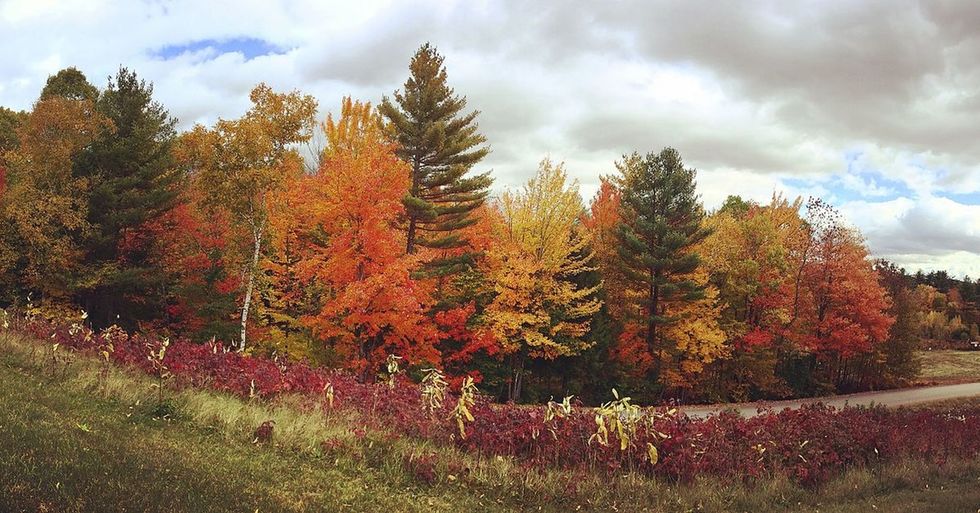 We've all been there — stuck in a cyclical conversation about some random hypothetical situation we can't actually imagine.

"If we can return to talking about the social media plan." "Please, David. David, no. David. DAVID. NO." Photo from iStock.

And then some blessed person shouts from the back of the meeting room and says, "Well, why don't we just go see for ourselves?"

Why spend all this time arguing about how something's going to go down when we can just go do it?

That "let's just go see for ourselves" attitude is why I love this weird forest experiment happening right now in New Hampshire.

But at the Hubbard Brooke experimental forest in New Hampshire, a group of scientists are embracing the "let's go check it out" attitude.

Scientists are putting electric heaters in a small patch of forest to see what a warmer world will actually be like.

It's called the Climate Change Across Seasons Experiment and is being run by Professor Pamela Templer.

The idea is fairly simple: The scientists are putting electrical cables under about 6,000 square feet of forest soil. When they're turned on, the cables work kind of like a big electric blanket, warming the soil by about 9 degrees. That's not enough to bake anything or cause any real damage, but it does mimic what the average temperature of Earth may be like a hundred years from now.

They've been doing this since 2012, and they've found some interesting effects already.

In the heat, the trees as a whole are filtering less carbon from the air. Their roots also take up less nitrogen from the soil, which is actually changing the soil composition and might have domino effects further down the line.

From a scientific point of view, this could help us predict what'll happen to America's forests as a whole in 100 years.

This isn't just a cool experiment, though. It's also a refreshing moment of cutting through hypotheticals.

Science often thrives on careful discussion and consideration, but it's awesome to see people stepping away from hypothetical arguments and actually trying things out. It's freedom.

And we all know how that feels: