VP Joe Biden's impromptu speech on refugees and American values is exactly what I needed to hear.

Are you surprised? Joe Biden is being awesome and kind again. 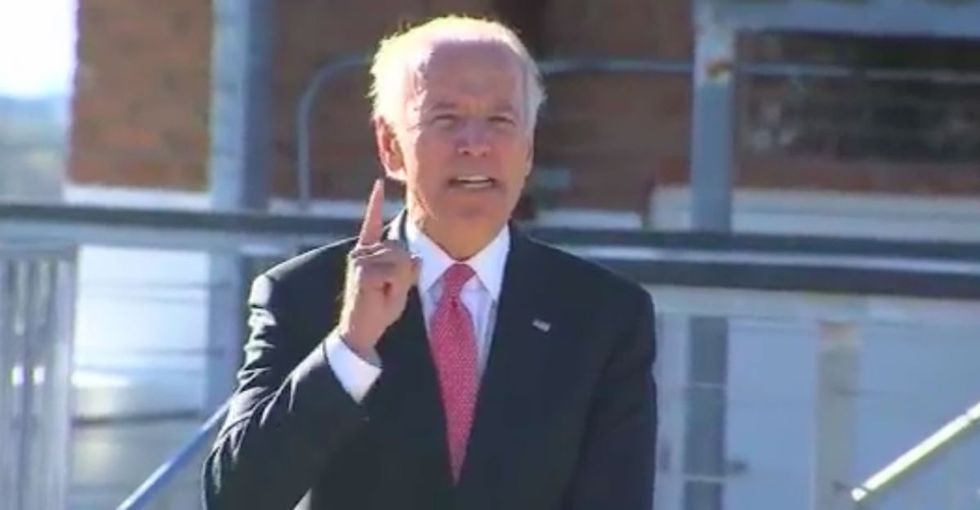 "Mr. Vice President, can we ask you a question about the Syrian refugees, sir?"

I love the way he turned his head and immediately went toward the question.

It's basically what I do when I smell bacon. To Vice President Biden, truth and kindness are his bacon.

I love the smell of that!

And with that, he was done.

That's the truth right there.

And when our buddy Biden said, "We have a real vetting system for refugees coming into this country," he was. not. kidding.

Right now, we're seeing a whole lotta conversations about how welcoming Syrian refugees to our country could somehow make us less safe. But, I'm taking a tip from Biden, and sticking to the truth.

Here are the facts:

1. Refugees are the most vetted category of folks coming to the United States. They have to undergo interviews and a TON of security screenings from the Department of State, Department of Homeland Security, FBI, Department of Defense, and more before they can come to the U.S.

2. Syrian refugees can't just "show up." It takes an average of 18 to 24 months for refugee applications to be processed in the U.S. And it's actually taking a lot longer right now because the White House is being extra cautious about security concerns after the Paris attacks.

Also, here's one for kindness:

"[I]t's only during frightening times when you get to find out if your country really deserves to call itself the 'home of the brave.'"

If that just made your heart explode like it did mine, go ahead and share this with someone.