You should hear what Phil Klay has to say about refugees. 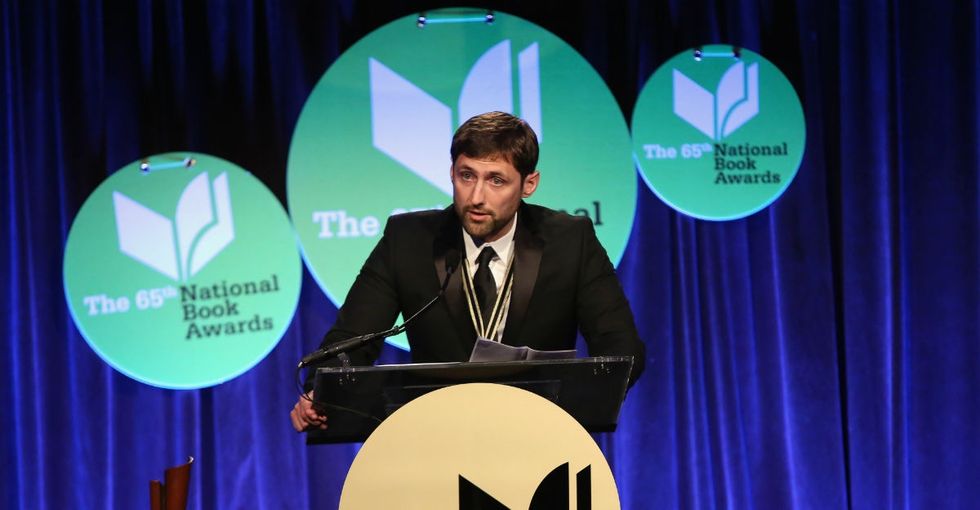 After Paris was rattled by terror attacks on Nov. 13, 2015, some have argued the U.S. should stop accepting Syrian refugees.

Believing some fleeing the war-torn region could be affiliated with ISIS, a majority of governors have spoken out against refugee resettlement in their states, and several presidential candidates have doubled down on that idea.

But if you ask author Phil Klay, a veteran of the U.S. Marine Corps and author of "Redeployment," they've got it all wrong.

On Nov. 19, 2015, Klay took to Twitter to explain why, exactly, accepting refugees is the right thing to do.

In 17 tweets, the author outlined how his experience as a Marine helped shape his view on the issue, and even quoted Ronald Reagan — a political icon often praised by many of the same presidential candidates who vehemently oppose accepting refugees — to help make his point.

"I get that people are scared," Klay tweeted.

"But it's only during frightening times when you get to find out if your country really deserves to call itself the 'home of the brave.'"

Not only has his series of tweets been collectively retweeted and "liked" thousands and thousands of times, but several media outlets took note of the veteran's views, as well.

It's likely that the "attempt to effectively close our borders to Syrian refugees" Klay mentioned was in reference to the American Security Against Foreign Enemies Act — a proposal that would essentially halt resettlement of Syrian and Iraqi refugees in the U.S.

Despite the bill's popularity, however, several leaders are standing with Syria's refugees.

Many leaders are reminding the world that Syria's refugees are, in fact, the victims of violence.

Despite a rise in anti-refugee sentiment, several countries from around the globe, such as France and Scotland, are undoubtedly standing with those in dire need of assistance.

In the U.S., other presidential candidates have spoken out in defense of housing refugees from the region, claiming "we cannot allow terrorists to intimidate us into abandoning our values and our humanitarian obligations."

In a speech given at the the G-20 conference in Turkey earlier this week, Obama spelled out the need to separate religious extremists responsible for the Paris attacks with the victims of those very same extremists.

"We also have to remember that many of these refugees are the victims of terrorism themselves," Obama said. "That's what they're fleeing."

Klay's tweets prove that, regardless of what side of the political aisle you're on, compassion is a vital American value we all should remember.

And, as articulated so well by Klay, it's important to stay true to the values that make America great — especially when it means staying brave for the sake of those who need us during some frightening times.